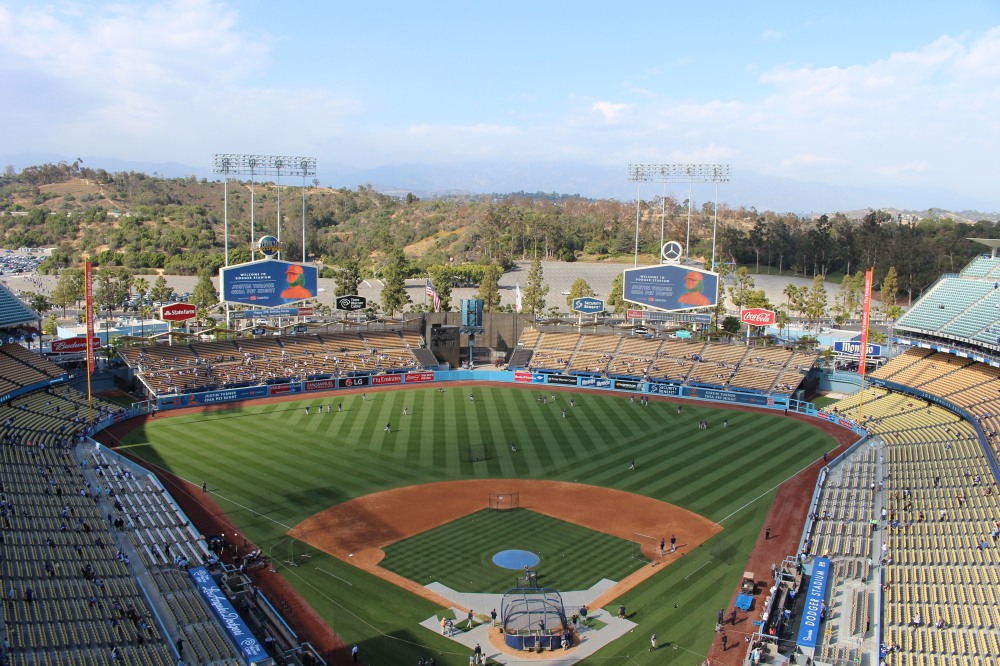 Most of my blog posts have centered around going to minor league ballparks that I’ve never been to, and trying to capture the joy that is minor league baseball. Last weekend, though, I had the chance to take my first trip to the promised land, the mecca known as Dodger Stadium. Dodger Stadium is now in its 56th year, and although it was just my first trip there, she shows little signs of aging in a time where the mindset seems to be everyone wants a new stadium. In fact, only 6 stadiums in MLB were built before 1989, and even then there was quite a gap before 1989, from the Royals stadium opening in 1973 to the Blue Jays opening of their new ball park in 1989.

But I digress. Beyond the concrete and iron, I felt very nostalgic walking up to Dodger Stadium for the first time. Growing up in Florida in the 70s, I never had a hometown team to root for. My best friend’s father was a long time Dodger fan, so besides the Mets, I found myself pulling for the Dodgers. The icing on the cake was the 1977 World Series. I was tuned in to the game with my buddy Dave and his dad, Bill, and I said, “The only thing better would be if Linda Ronstadt came out to sing the national anthem.” And as if on cue, out comes Linda, dressed in a Dodger jacket, to sing the Star Spangled Banner! We were hooked!

My current love for the Dodgers is due solely because of the MAN, Vin Scully. I’ve been listening to him faithfully now for years, thanks in part to my long time subscription to MLB.tv. Sadly, most home Dodger games don’t start until after 10 on the east coast, but that doesn’t stop me. Watching a game with Vin is like watching a game with your best friend, just sitting on the couch and having a conversation about the game going on. I wish I could say that I actually got to see Vin last weekend and say hello. The closest I got was a selfie and a view of Vin performing his craft in the booth from my seat. But it really made my evening! 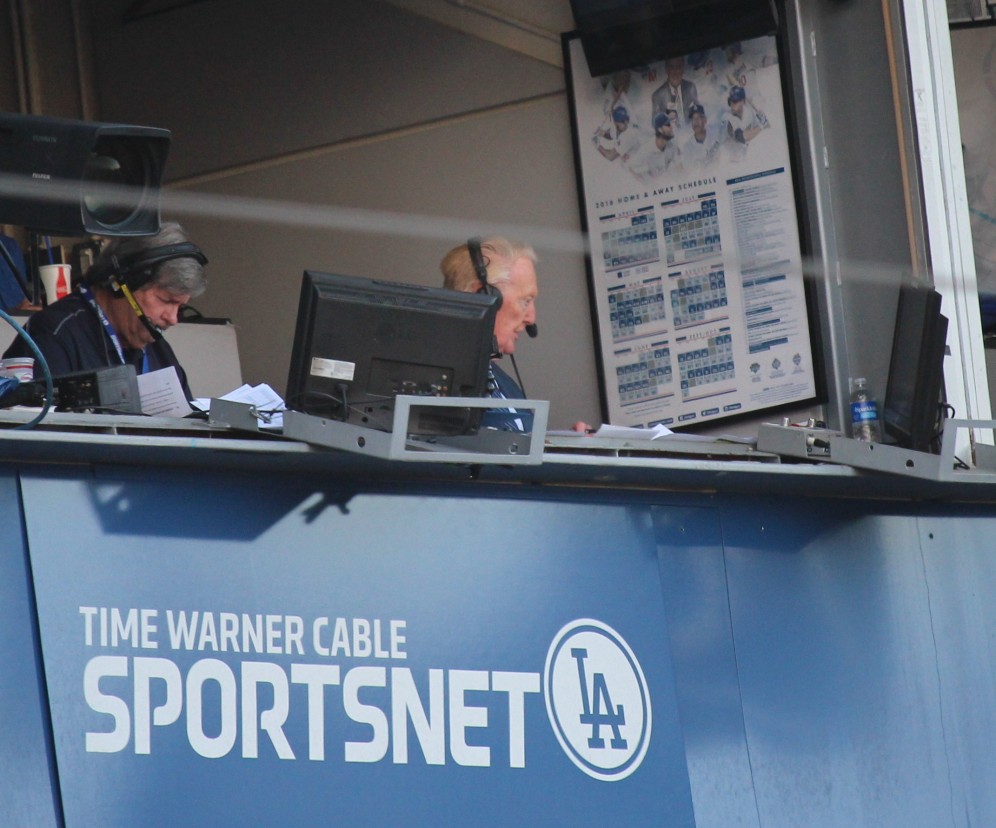 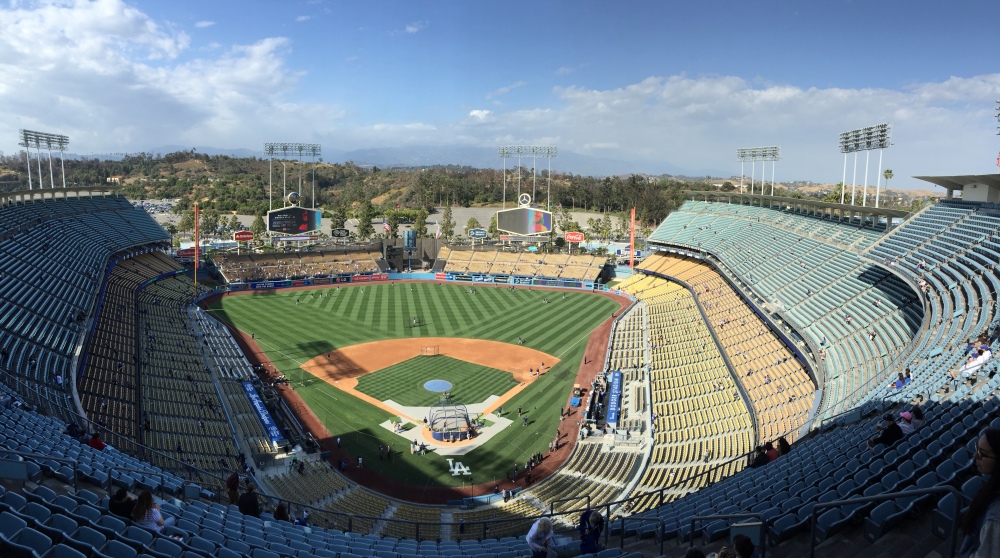 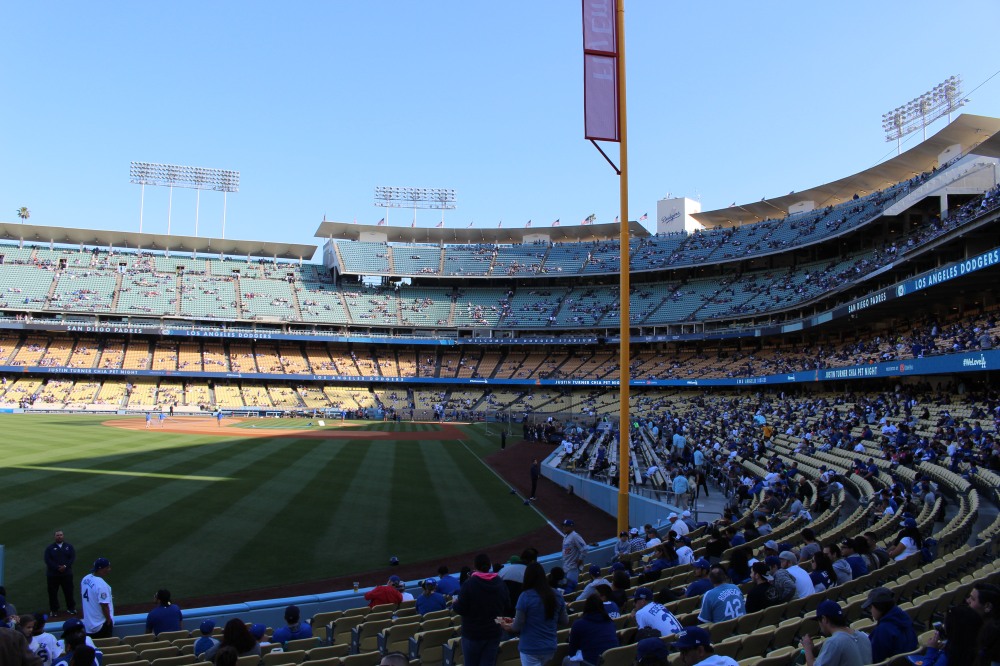 I made my way around every level, every nook and cranny that I could find, just like a kid in

a candy store. The one thing I noticed is she smelled like baseball. Dodger Dogs! I can’t imagine how many millions and millions of dogs they have cooked up and served over the years, and as you walk through the concourses, the lingering smell of a classic hot dog seems to have permeated the walls. Normally I like to find the most interesting food at a particular park. This time I went for nothing less than a famous Dodger Dog and garlic fries. Nothing beats a classic!

On the club level, they have a small history museum of Dodger Stadium. It was a great look back at the history of the team. 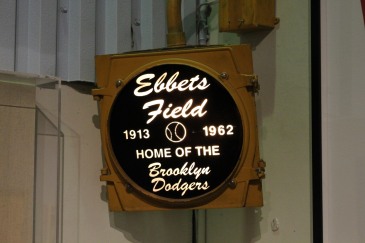 And I even got a personalized souvenir to commemorate my trip!

When I do a blog, I try to walk around during the game, see what’s happening from various angles, and see what makes that particular stadium and team special. This game, though, was different. I didn’t have to move from my seat once during the game to truly appreciate its beauty and history. The vistas in the background beyond the outfield, the rays from the setting sun reflecting off the clouds. Nope, I was there to watch the game and take in everything like a true fan! 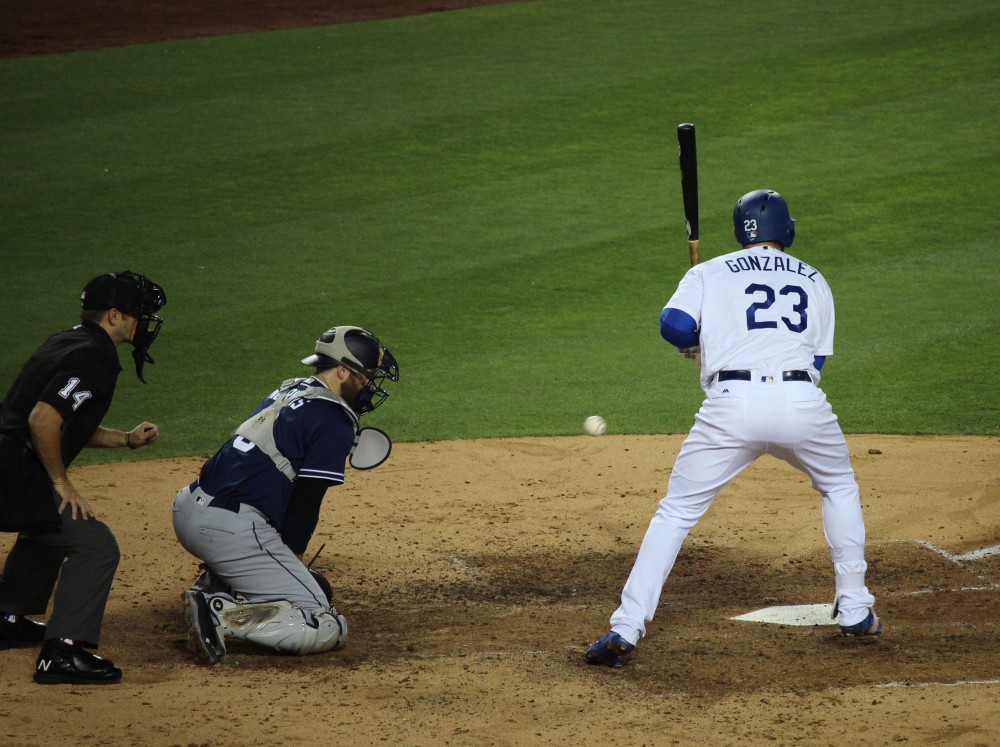 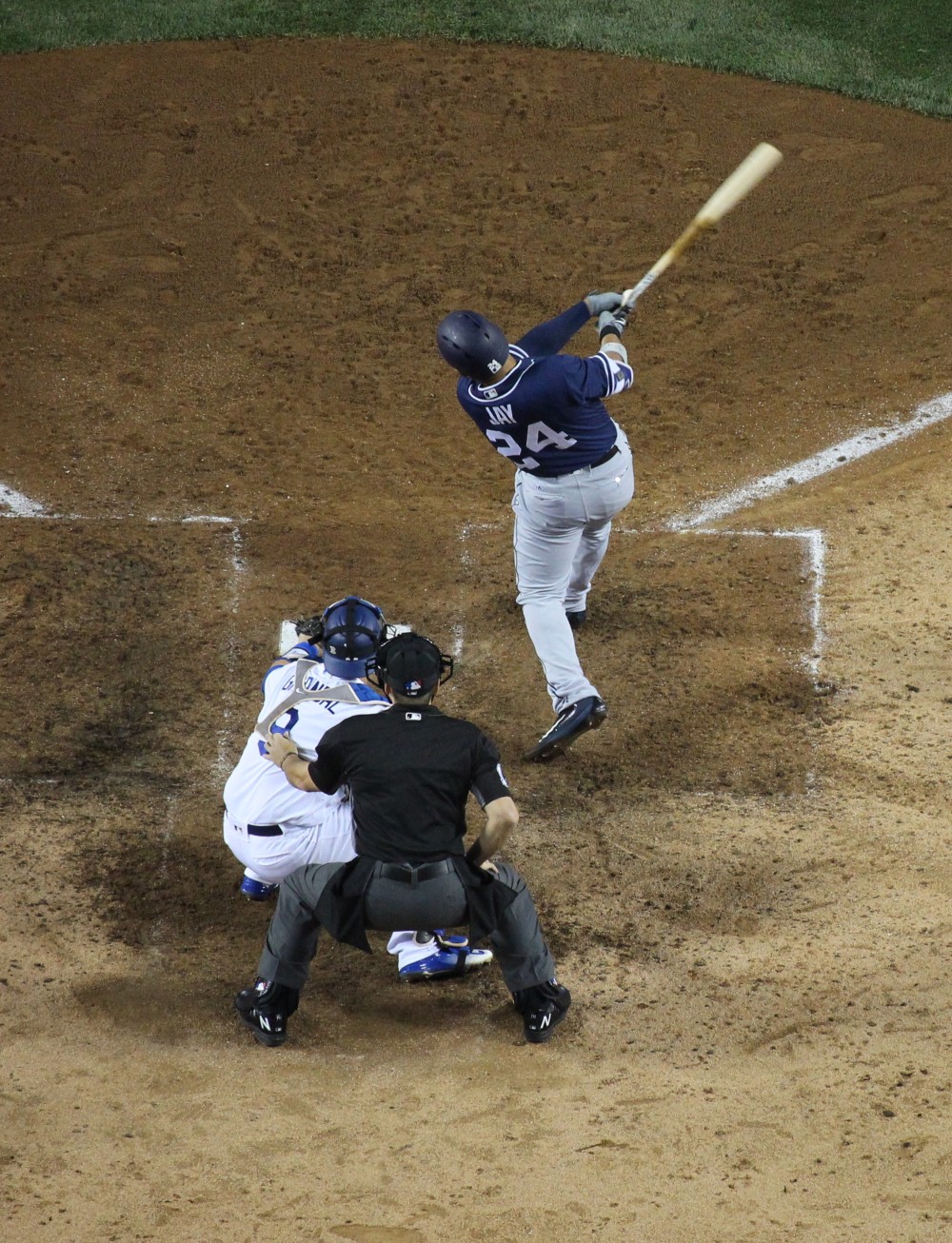 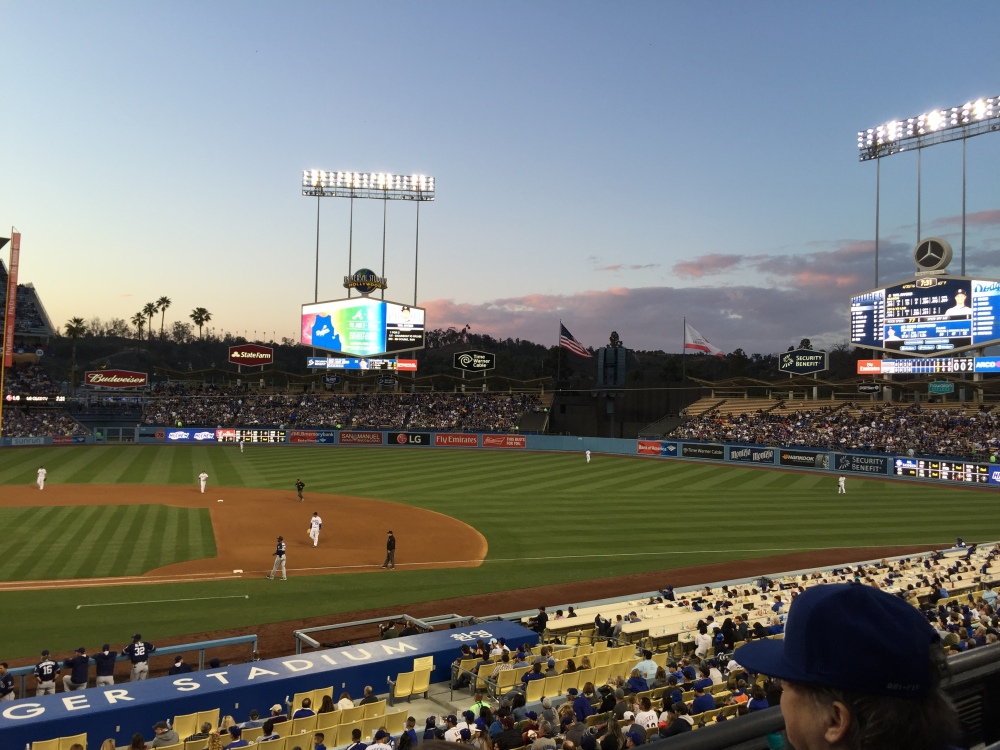 What Dodger game would be complete without the obligatory beach ball being batted aound? At one time I counted FIVE bouncing around at the same time.

I did venture up to the top of the stadium again in the 9th inning to see it all lit up at night. It was just as spectacular as it was earlier.

Then on my way out, I walked through the outer concourse and found tributes to all the players (and managers) that had their numbers retired by the Dodgers, with the city scape of downtown LA in the background. 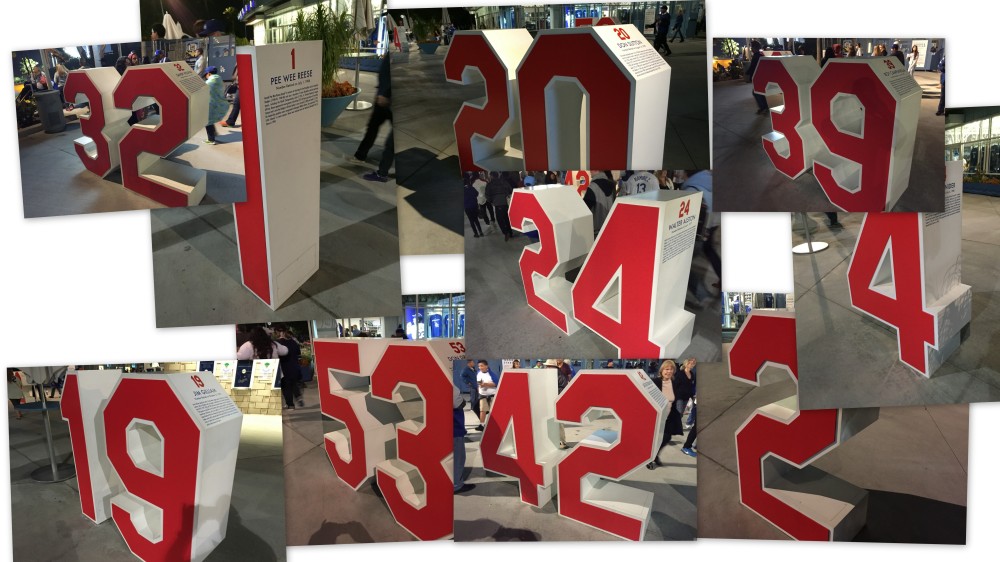 I had mixed emotions as I said my goodbyes to Dodger Stadium. This was more than just checking off a stadium on my bucket list. It was a dream come true. I was a bit melancholy, knowing that I would probably never return. But in those 5 hours that I spent with her, I grew to love her even more than I had before. Baseball and Dodger Stadium, you always remember your first loves.

Photos property of All Things Ed