My count of “minor league” ballparks (MiLB plus independent league) stands at 38 stadiums visited, excluding a few spring training stops in FL and AZ. I’ve been looking for that magical 40 for a couple of weeks. I’ve even purchased a couple of tickets to games that I didn’t get a chance to attend. Fortunately, tickets to minor league games are a great value (read: cheap) so I don’t feel so bad.

But what constitutes a visit? I don’t want to be as complicated as the actual definition of a regulation game. You can read that here. But do I want to define a visit for blog purposes as having taken X number of photos, or eaten Y amounts of food? I don’t want to be quite that strict. Rather, I think it comes down to being a planned visit. So while I can’t count my quick stop to see the Newport Gulls as visit number 39, it won’t stop me from doing a quick post!

I was in Newport, RI recently and stumbled up a game. No, seriously! While I saw the stadium earlier in the day, it wasn’t until the evening, with the lights on and the sound of a bat on a ball in the air, that I realized something was going on! The Newport Gulls are a wooden bat summer collegiate team that plays in the New England Collegiate Baseball League. Newport plays their games at Cardines Field, which is believed to be the one of the oldest ballparks in the US. Cardines Field can trace their roots back to 1893 (originally known as Basin Field), and the current stadium actually broke ground in 1908, making it older then Fenway, Wrigley, Rickwood, and even Bosse Field.

I wish we had more time to explore this old gal. It looked really interesting, especially with the stone front facade and wooden bleacher seats. It was quite a view, even at night. 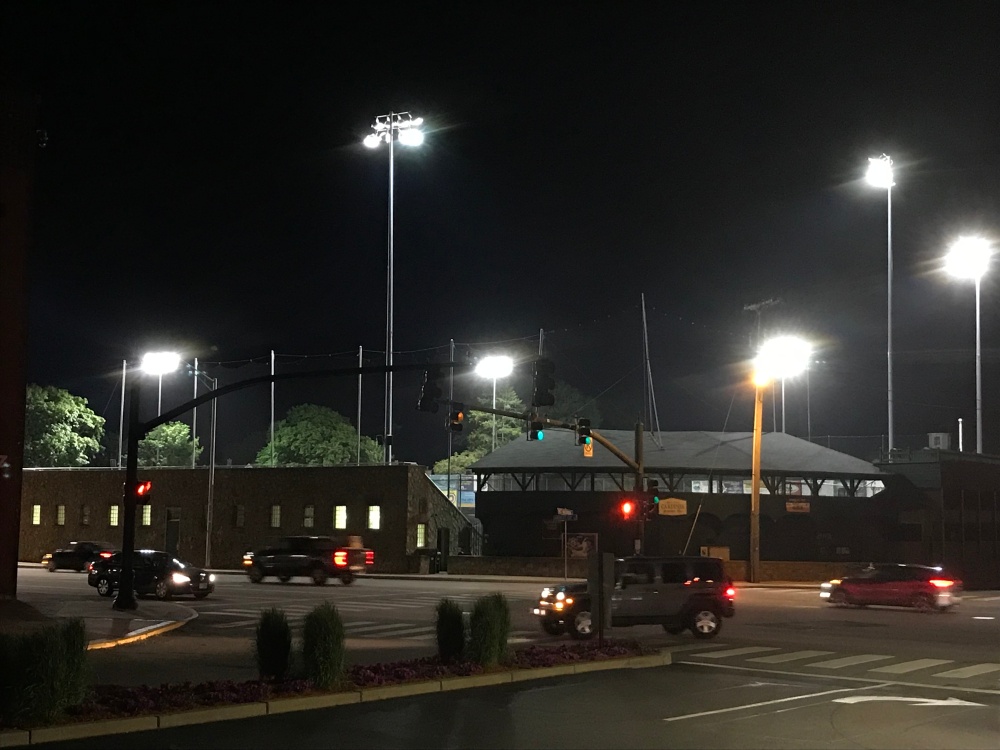 I will leave my readers to look at the history of Cardines Field here. In this abbreviated blog post, it looks like a great place to watch a game! Newport, Rhode Island is primarily known for it’s famous mansions and great seafood, but if I ever go back in the summer, I know I will schedule my visit around the Gulls season! 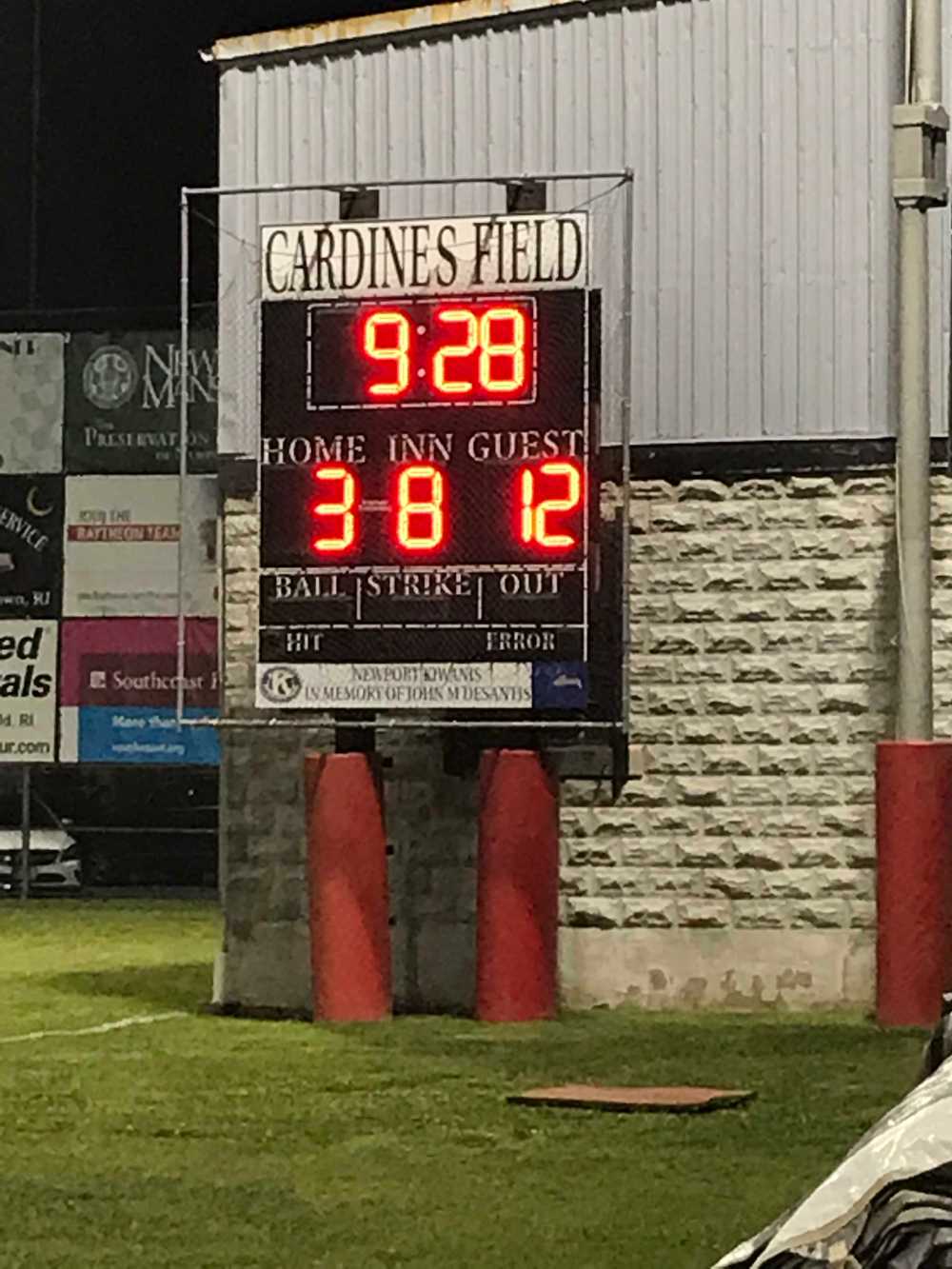 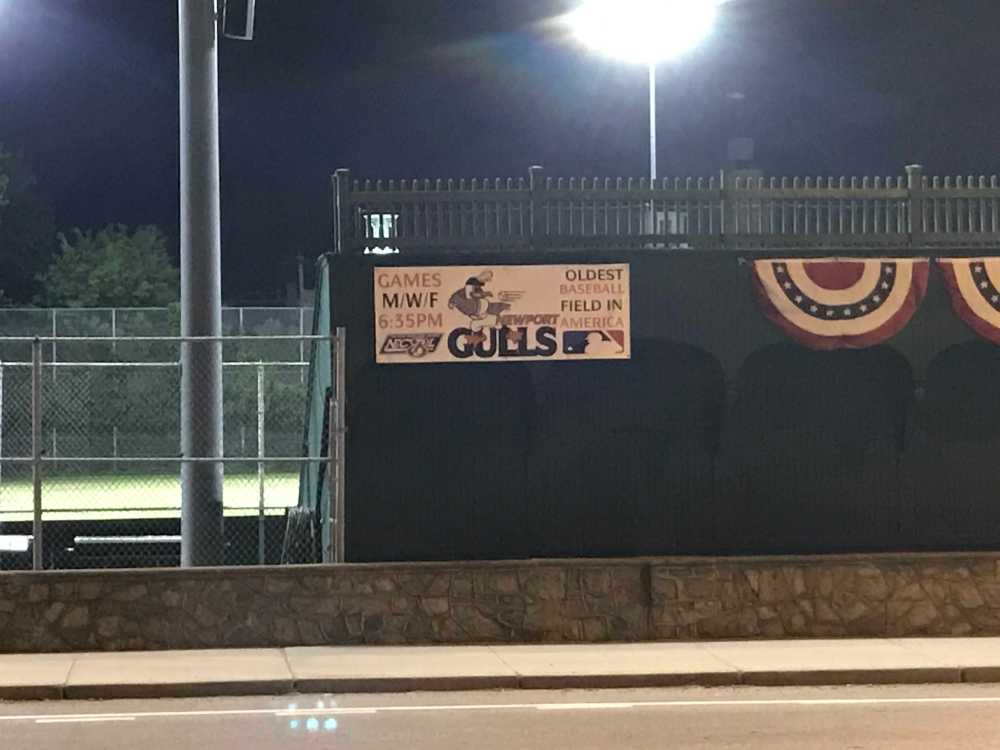