After the 2016 season, Binghamton decided it was time for a change. Since minor league baseball came to Binghamton in 1992, the team was always known as the Mets. They held a contest for a new name (thankfully Pony McPon Face wasn’t one of the finalists), and in November, the team announced their new name: Binghamton Rumble Ponies. Based solely on the name, I knew this was a team I had to visit. It has to be one of the better names in the minors. And I am glad I did! I made some new friends, had some incredible food, and everyone I met was very friendly!!

The evening got off to a great start by nabbing a batting practice ball! A little worse for wear but it was a free souvenir! 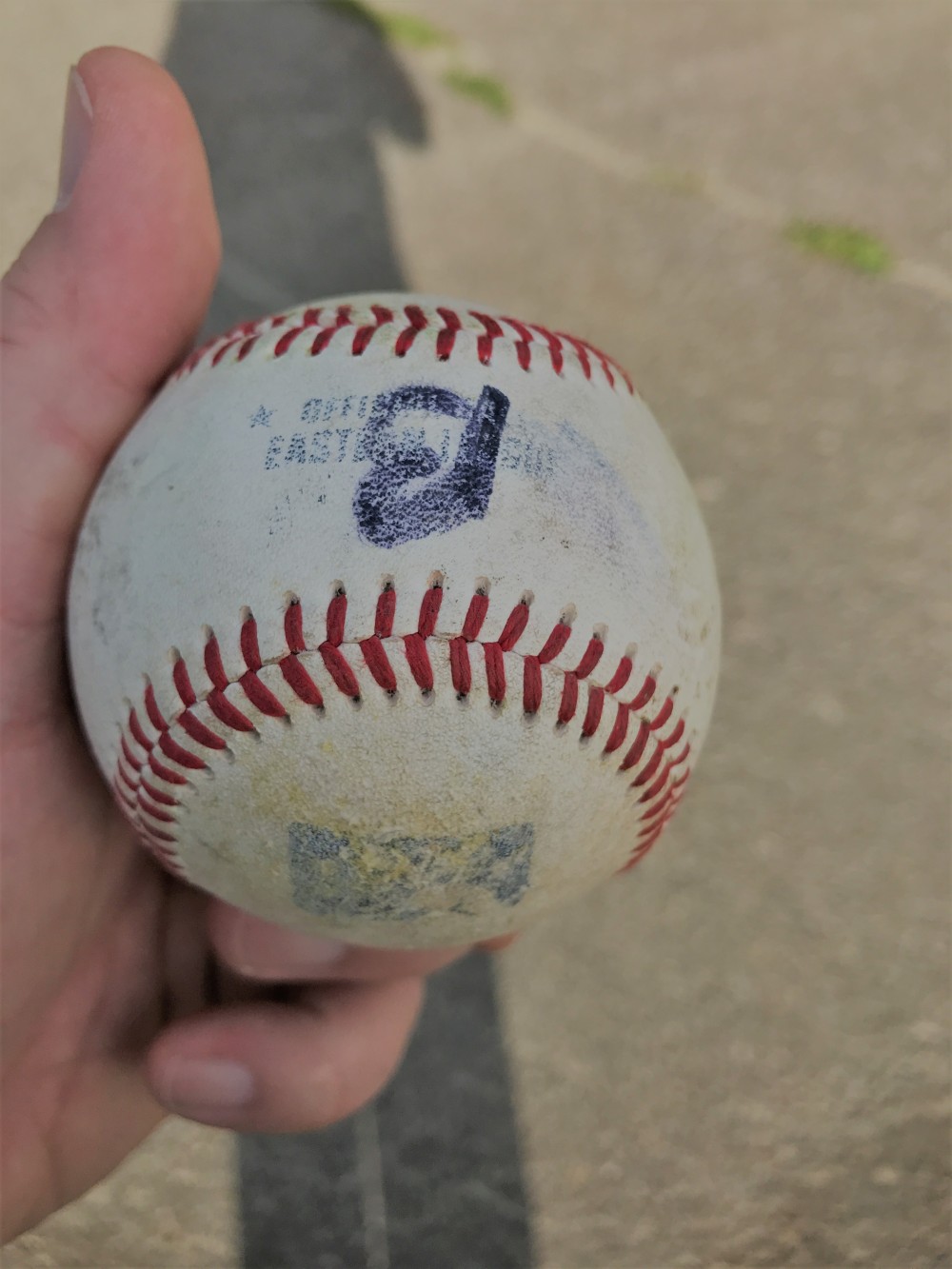 The Rumble Ponies actually go back to Williamsport, PA when they were the Williamsport Bills. The Bills moved to Hagerstown, MD in 1989, then the Eastern League club in Pittsfield, MA moved to Williamsport, and kept the Bills name. After the 1991 season, they were purchased by the Mets, and moved into the brand new NYSEG Stadium (then known as Binghamton Municipal Stadium). NYSEG Stadium seats just over 6,000, and unlike most stadiums, every seat is a chair back seat.

They have a couple of nice party decks and table seating areas, as well as a picnic area that groups can rent out. 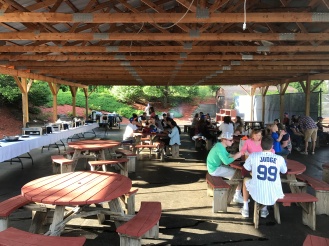 Outfield entrance to the park.

Plenty of pony references throughout the park! 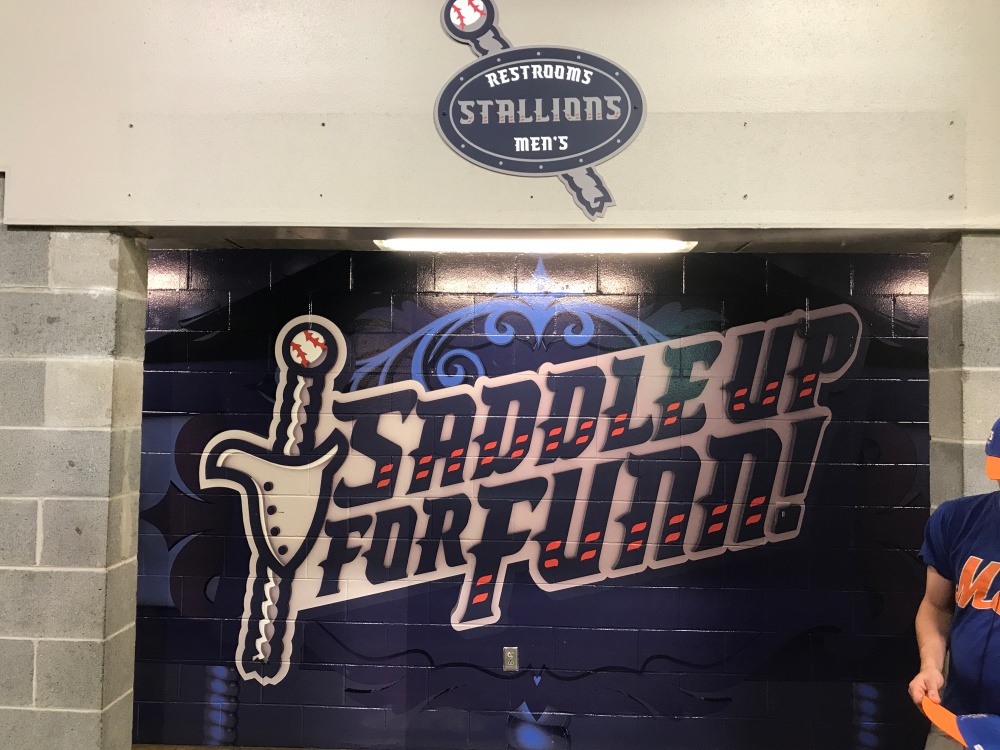 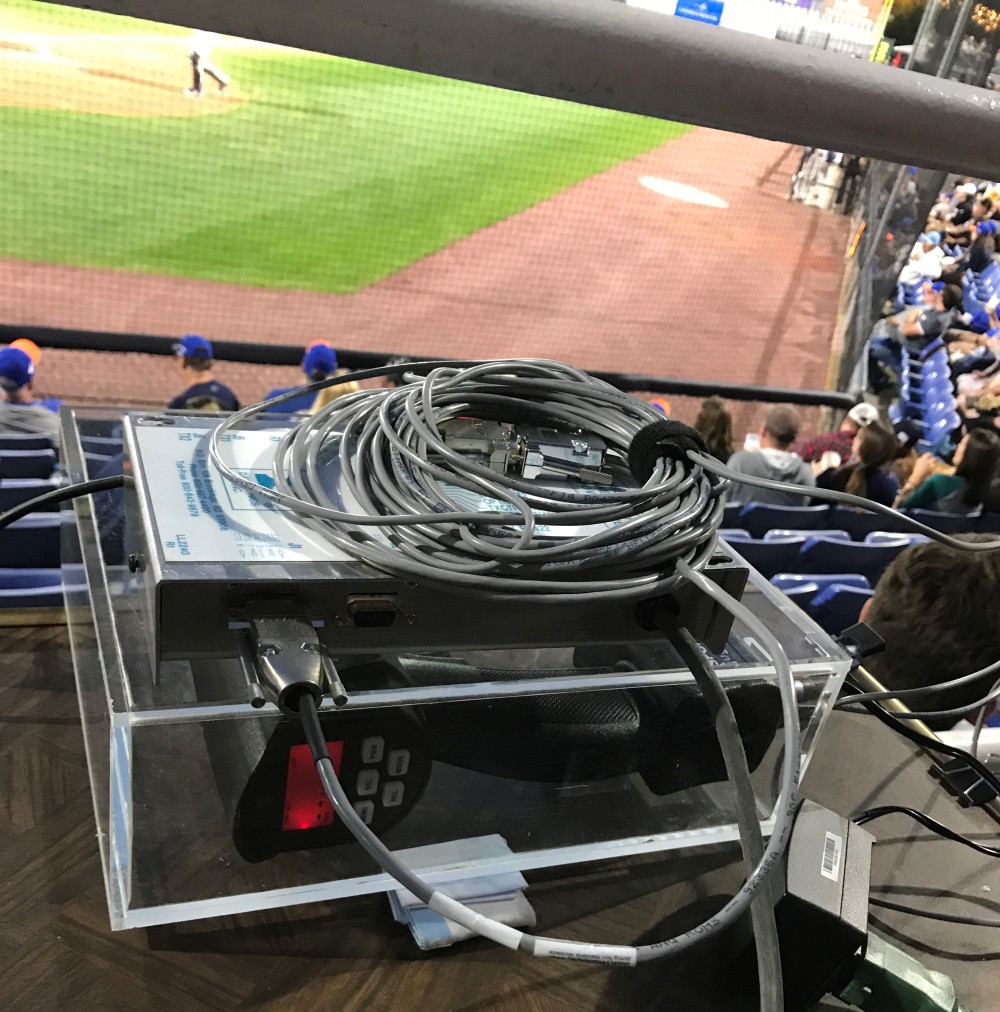 While I was eating my dinner (more on that in a minute), I ran into long time Mets and Rumble Pony fans Joyce, John, and Guy. We chatted for a good 10 minutes before the game, how they used to go to Mets games, and John was even a concessionaire at both Shea Stadium and Citi Field for years. I told them how my blog was named after Ed Kranepool, and how he became my childhood baseball hero. They all thought it was pretty cool that I hit so many parks, and were very knowledgeable about other MiLB teams. They were surprised that I had a real job too!! Thanks Joyce, John, and Guy, you made it a memorable evening! 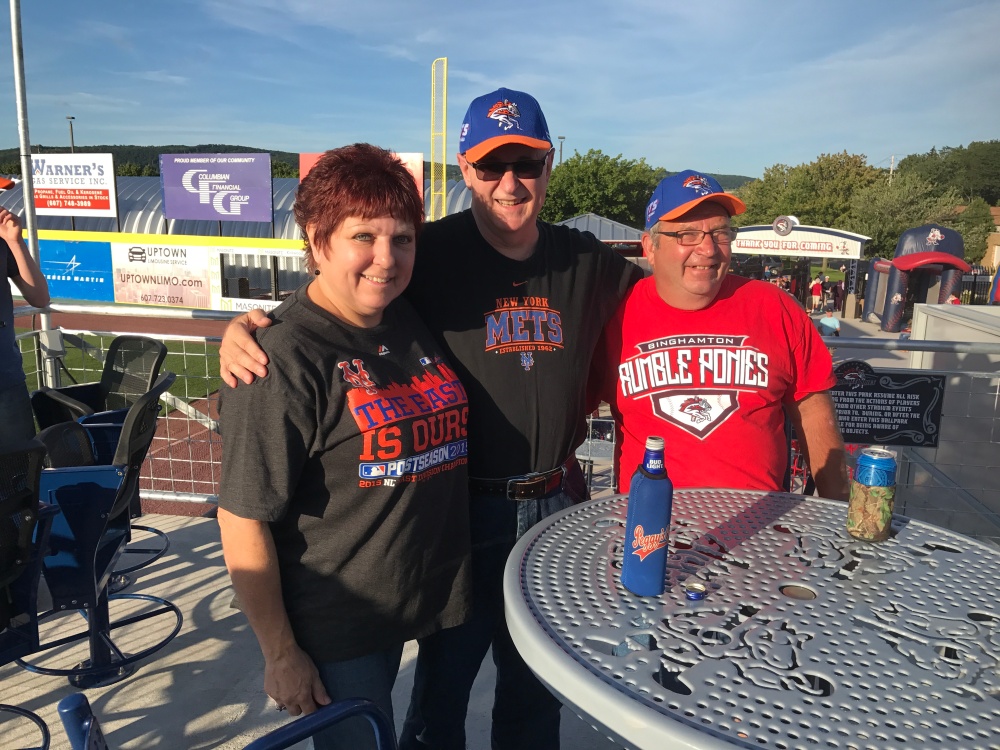 I also ran into Danielle, who was holding down the fort at Bully Hill Vineyards Wine Cellar. While I didn’t purchase any wine, she gave me some good tips on the food available and some good places to get some shots of the park. 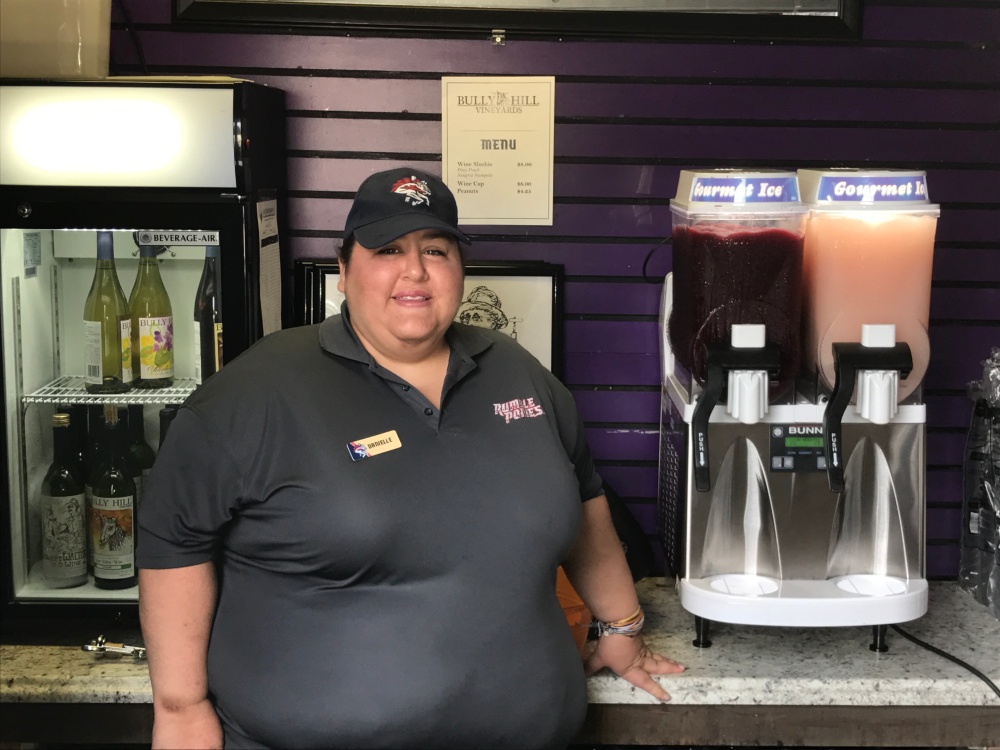 Finally, two other great guys I ran into were Peter and Ben from the fun squad. Peter game me a list of a few of the cool games they played between innings, and Ben took time out to chat for a couple of minutes. Fun chat, and as he said, where else can you shout out “Let’s Rumble!!” Here’s Ben with a fan playing “Complete the lyric” game:

Food options were plenty, from standard park fare to bbq to ultimate nachos, and drink options were good as well (in addition to the wine cellar mentioned above)! 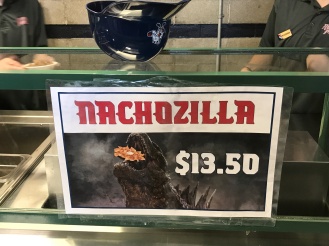 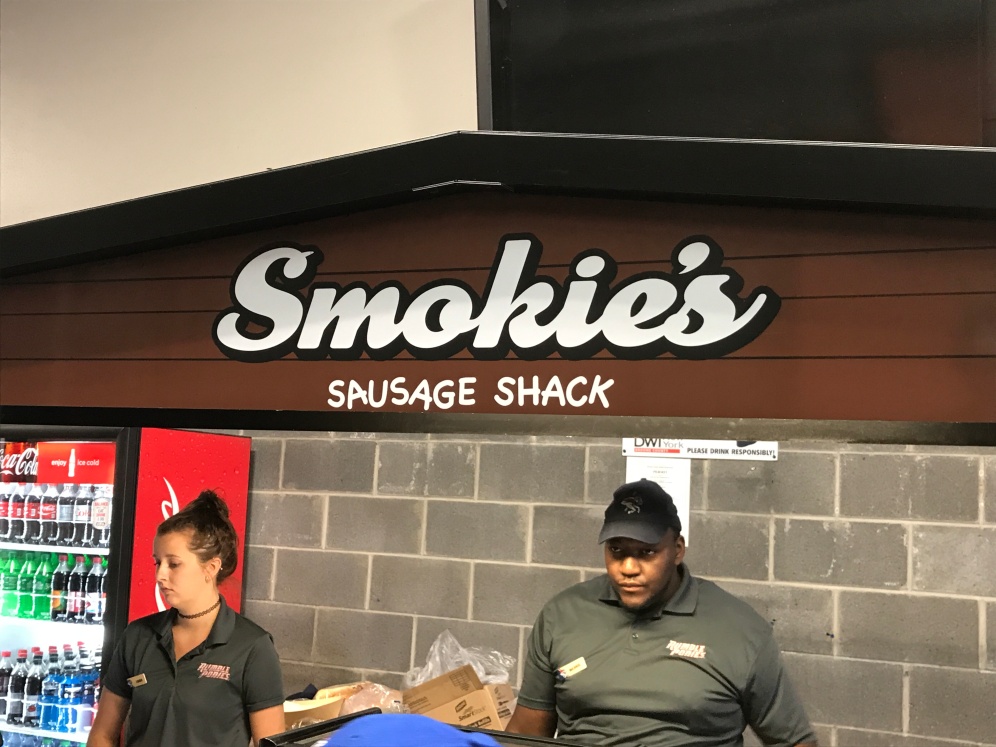 I settled in at the grill down the right field line. While I already knew what I wanted to order, other items on the menu were equally tempting.

One of the items that looked good was the chicken spiedies. Jack was in line in front of me and had just ordered them. Yum!

After a 300+ mile drive, I was ready to order the Belly Rumbler. It’s a creation of baked bean bacon marmalade spread, angus beef patties, kielbasa, sliced brisket, pulled pork, coleslaw, two onion rings, and chicken spiedies! I placed my order, and Eve, working the counter, told me they weren’t serving it that night. NOOOO!!!! I told her how far I had come, just to order that. I settled in for the special of the night, Syndergaard Sliders. But… while I was standing there, head chef Tom Whalen came over and Eve explained that I had ordered the sliders, but really wanted to get the Rumbler. Tom said he would make me one, and would even bring it to my seat. Wow!!! I said I had already paid for the sliders, but he said no problem. What an awesome guy. Now THAT’S customer service!!

I got to my seat to try the sliders. I only had one, but they were delicious! 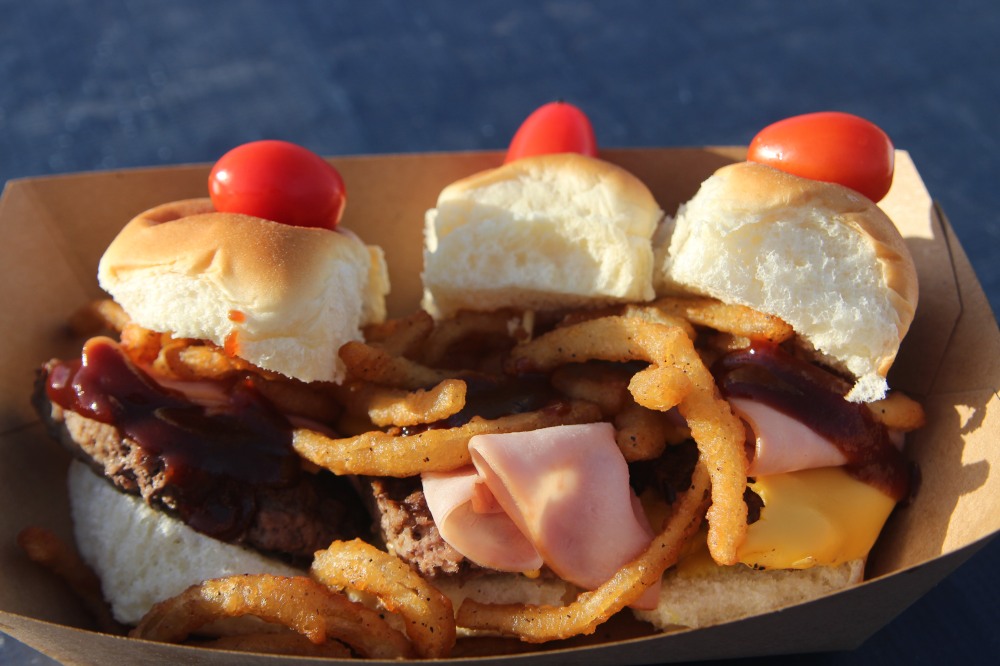 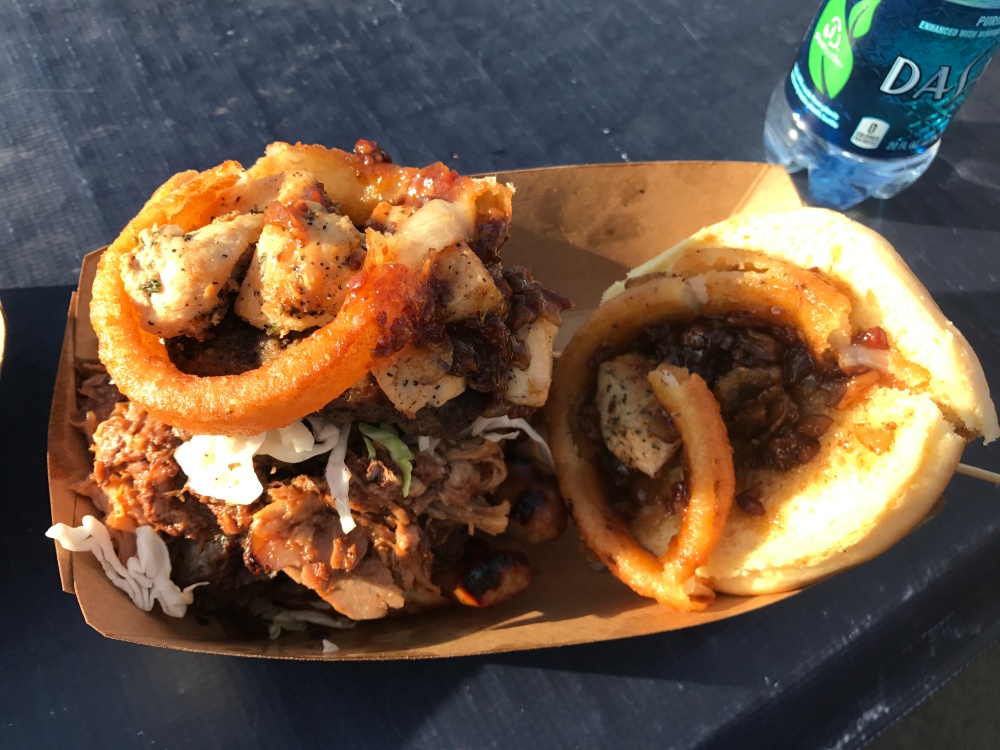 I have to admit, I had finally met my match in ballpark food. I was able to get about 2/3s of it down, but decided to quit before I went into a total food coma! I ran into Tom later in the game, and he asked if I finished it. I said, sadly, that I could not. He laughed and said he wasn’t surprised!

In addition to the complete the lyric game above, the Ponies had some other fun games including a t-shirt launch, a word scramble, cleaning the bases, and of course, a pony race. 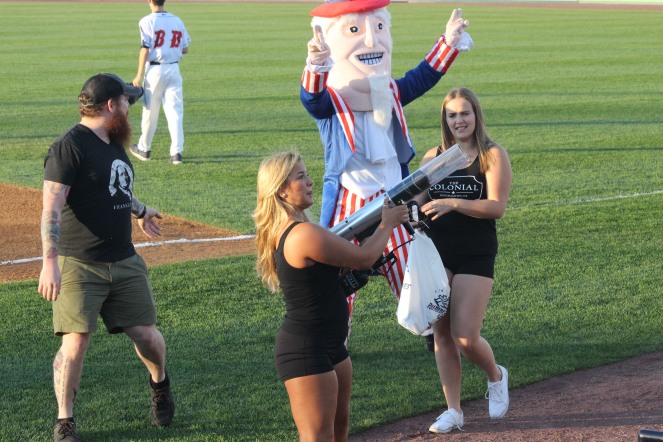 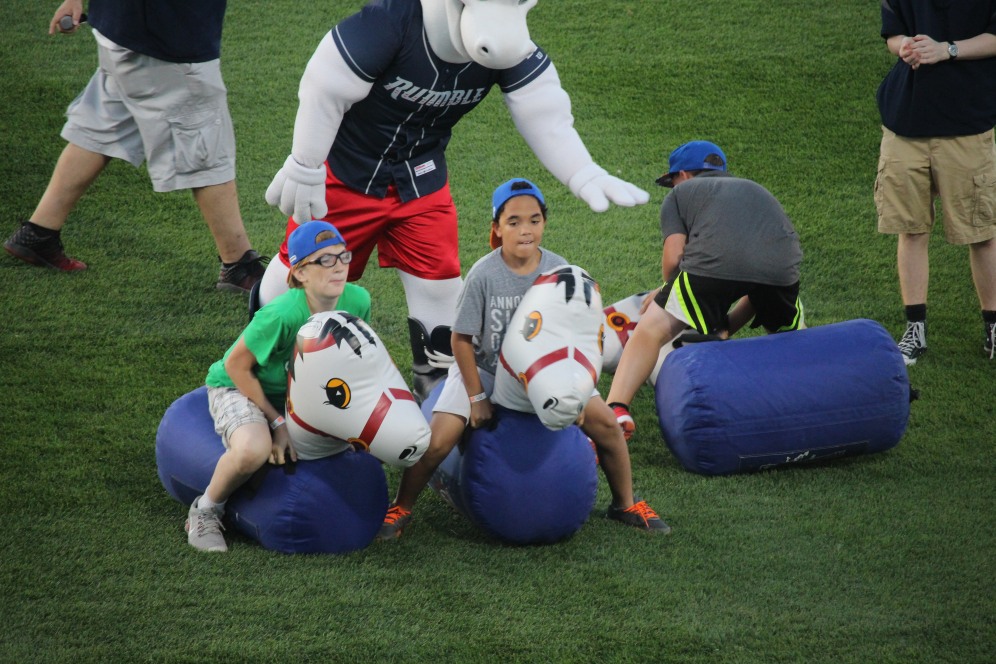 I actually enjoyed myself so much that I didn’t get that many in game shots. Sometimes it’s nice just to go for fun! The Rumble Ponies struck first, scoring in the 2nd, 3rd, and 4th innings before the New Hampshire Fisher Cats even got on the board. Final score was 7-2 for the home team! 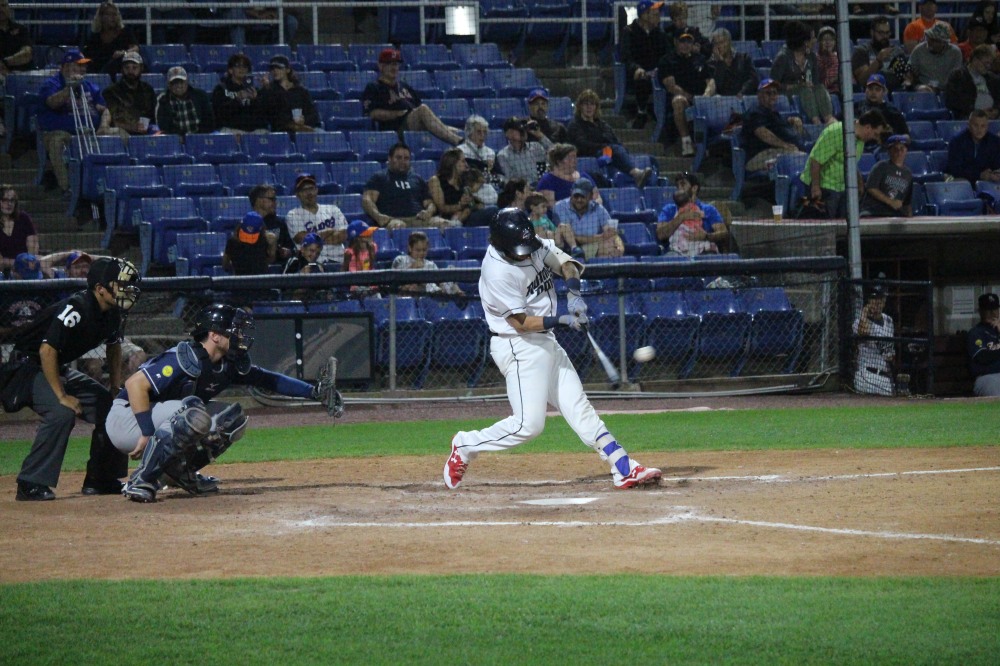 Hey you, with the camera, knock it off! (haha, not really) 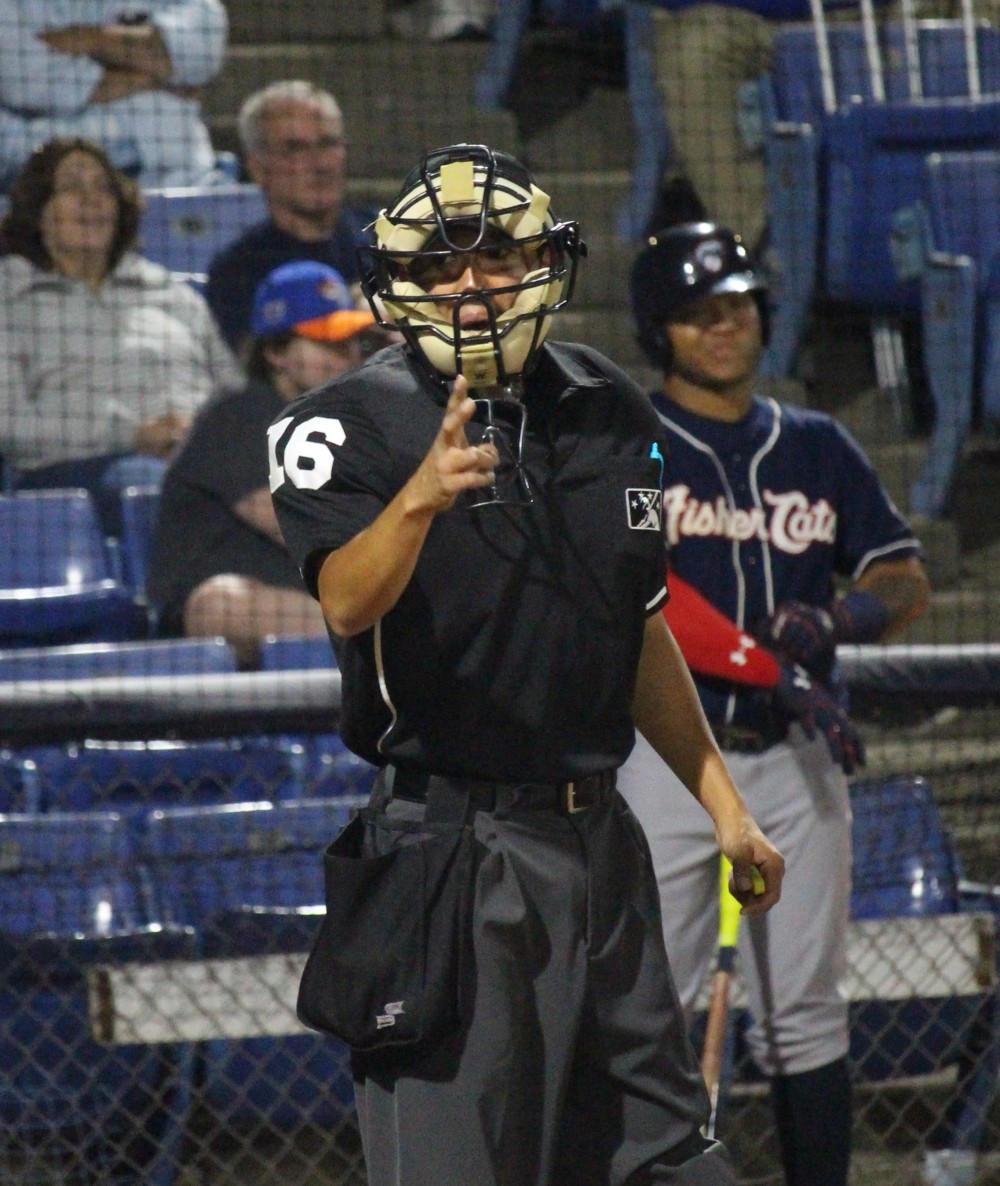 Still can’t believe how friendly everyone was Saturday night. And not only did I get my picture with Mr. Met, I got a t-shirt for my eating efforts!