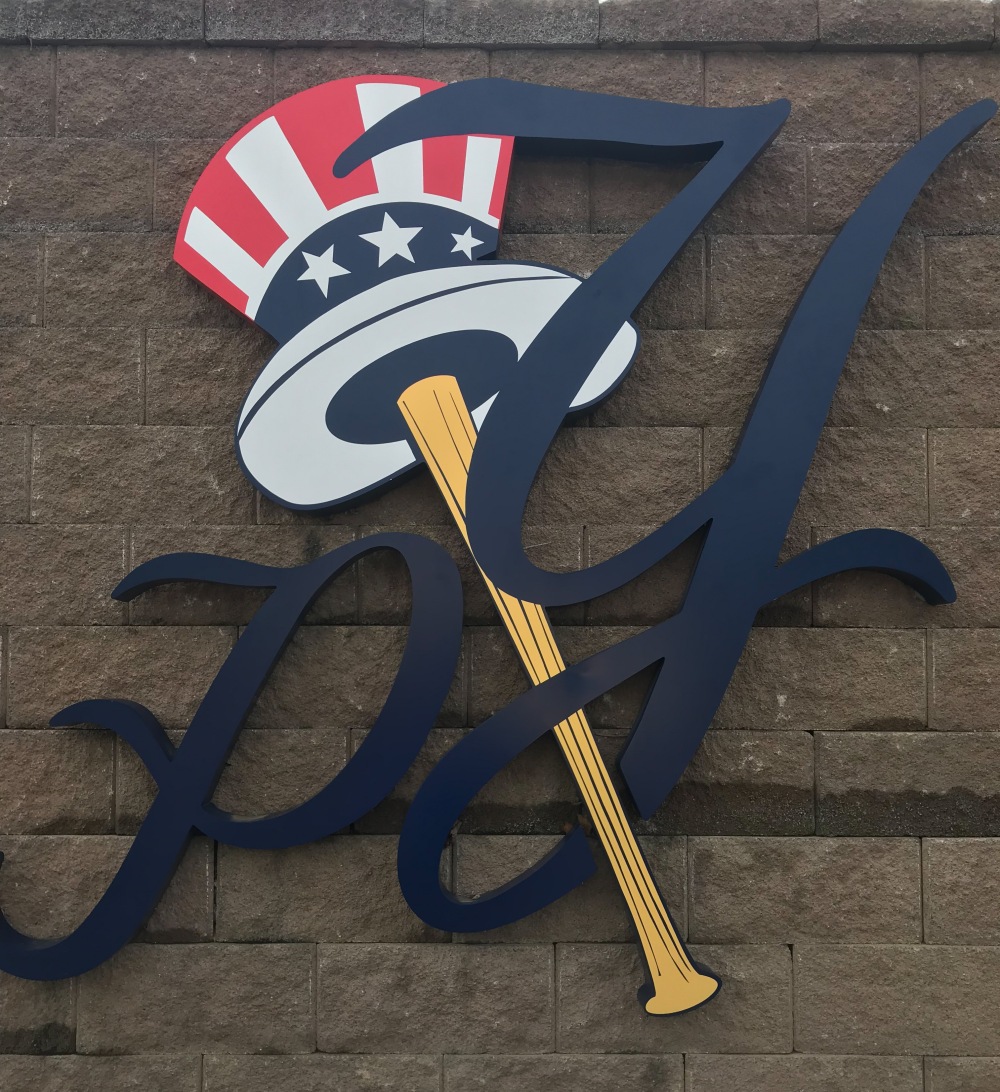 Dateline: August 4, 2018
Location: Pulaski, VA
Pulaski: a town in Pulaski County, Virginia, United States. The population was 9,086 at the 2010 census. It is the county seat of Pulaski County

I’ve lived in Northern Virginia since 1987. Until I started my blog, if you had asked me if I had heard of Pulaski, if I could find it on a map, and if I knew they had a minor league team, my answers would have been, no, no, and no! But that’s part of the charm of this stadium and team. While it has grown up in the last couple of seasons, with even more changes coming, it still retains its small town charm!

Calfee Park was a WPA (Works Progress Administration) project built in 1935, and has been home to one minor league team or another almost consistently since 1942 when Pulaski fielded a team in the old Virginia League. The league folded after the 42 season, but Pulaski joined the the Class D league Appalacian League in 1946. While this old lady has undergone many changes over the years, they still retain the iconic gate down the left field line: Some of the recent renovations include adding baseline “suites” (since it’s only a one level stadium), and they added seats to their general admission area down the third base line. Prior to this, the general admission seating was on the hard concrete!

I arrived early enough at Motor Mile Field at Calfee Park (its current full name) to catch the tail end of bp. I walked around the street behind the stadium, and found a couple of decent balls. 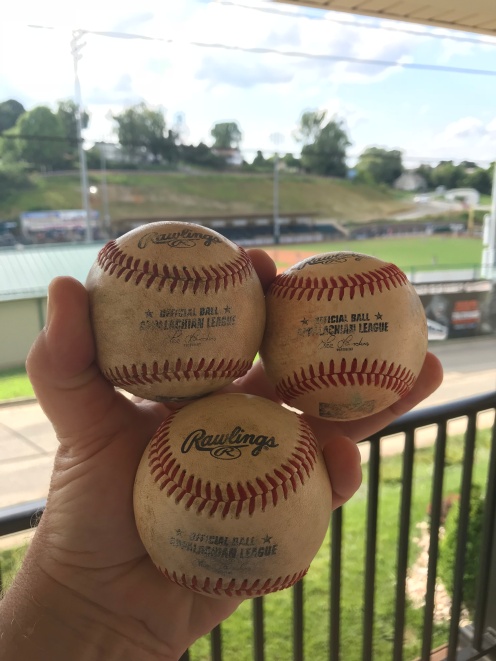 Here was my final take for the day. I did end up giving two of them away, along with the bobblehead that evening, to the family sitting next to me. They didn’t arrive early enough for the giveaway, and although I only had one of those, I gave it to them! I’d like to say that each ball represents the number of no hitters I pitched during my little league career, but more accurately, they were a better representation of the total number of hits during my career! 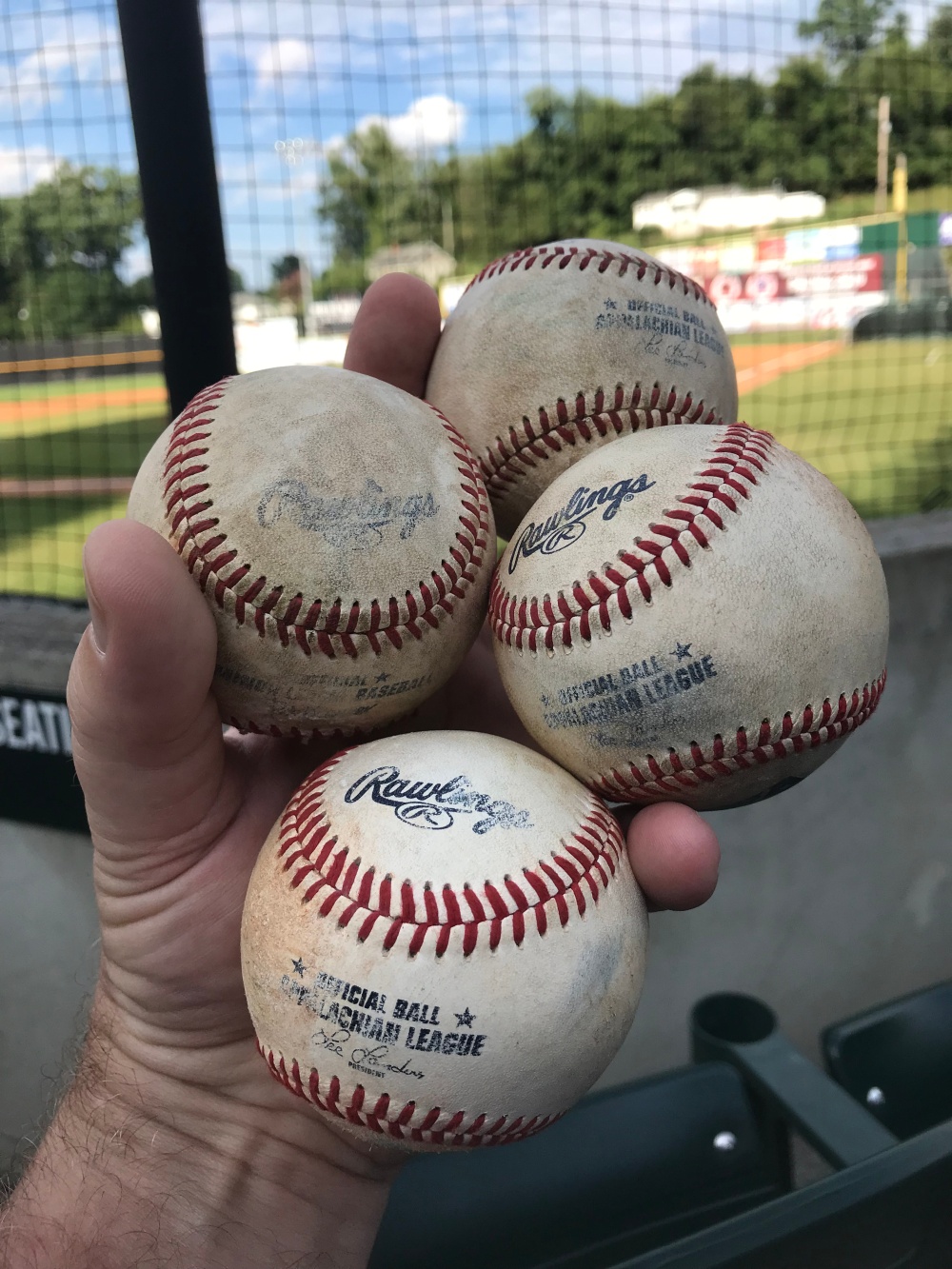 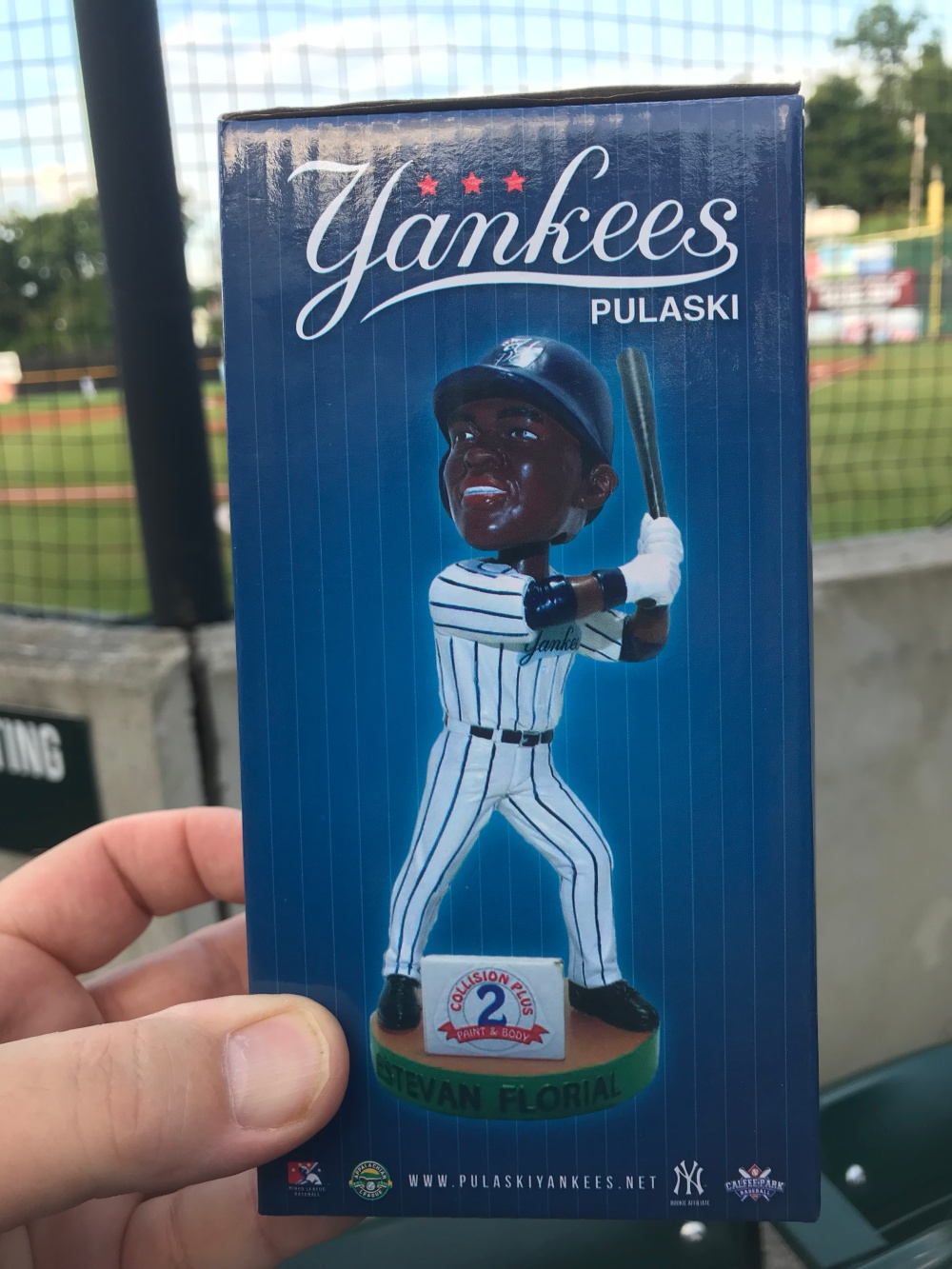 I mentioned the Yankees had even more additions planned. Here’s a current view of the stadium, and what the new additions will look like: 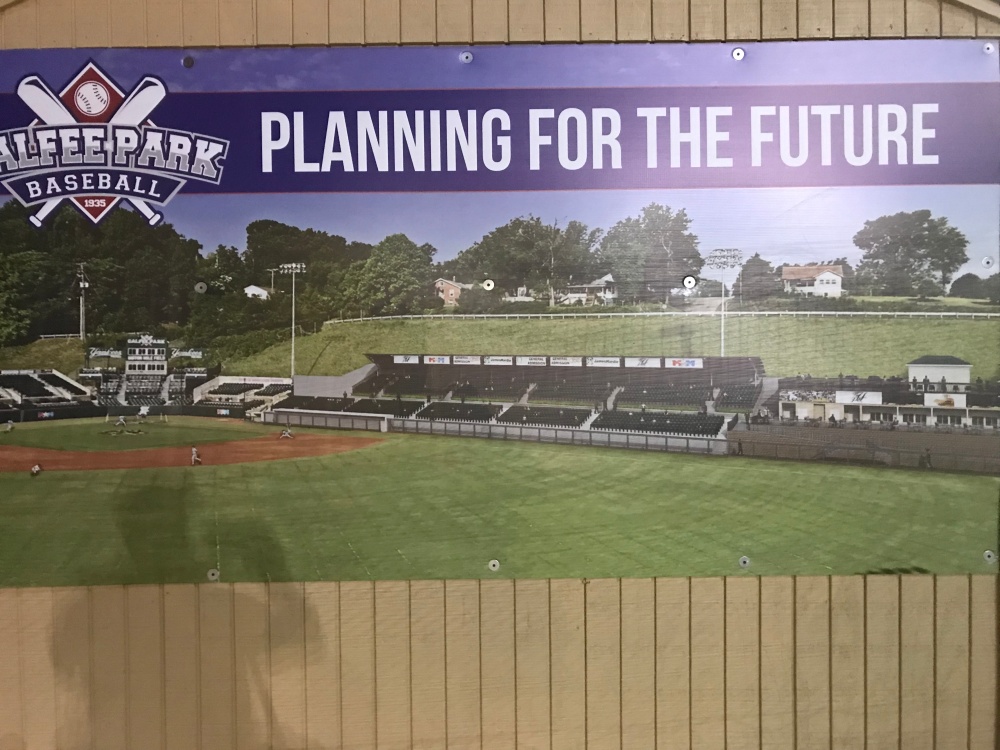 For a smaller park, the Yankees do have some great food options, ranging from your basic hot dog and soda, to taco bowls, bbq with slaw, and even fried pickles. The suite seats, along with the box seats where I sat, offer in seat ordering. The main concession stand, which is located down the first baseline right behind the stands, is protected by overhead netting, so no need to be on the lookout for foul balls! 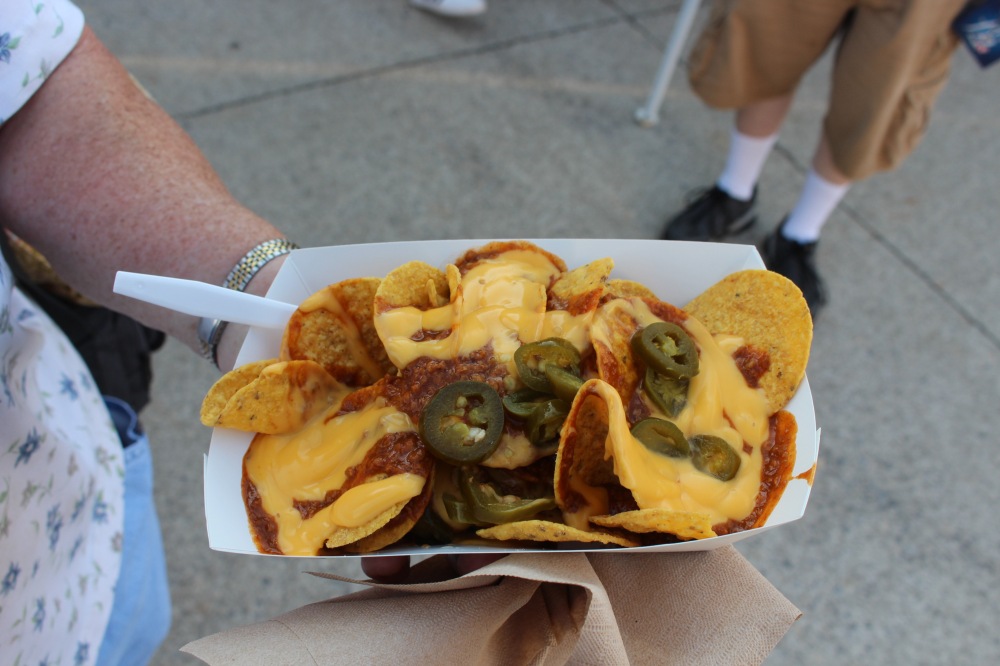 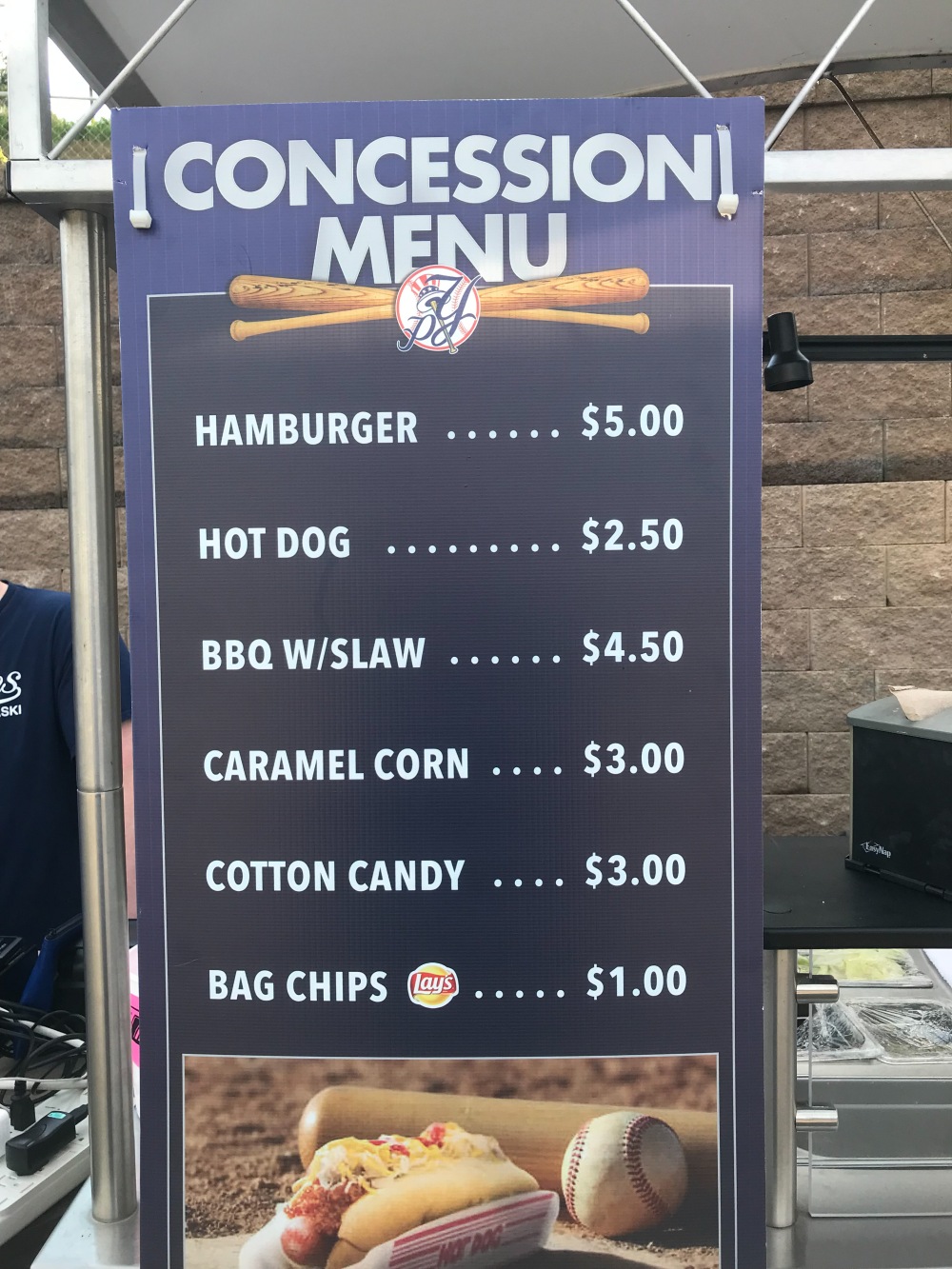 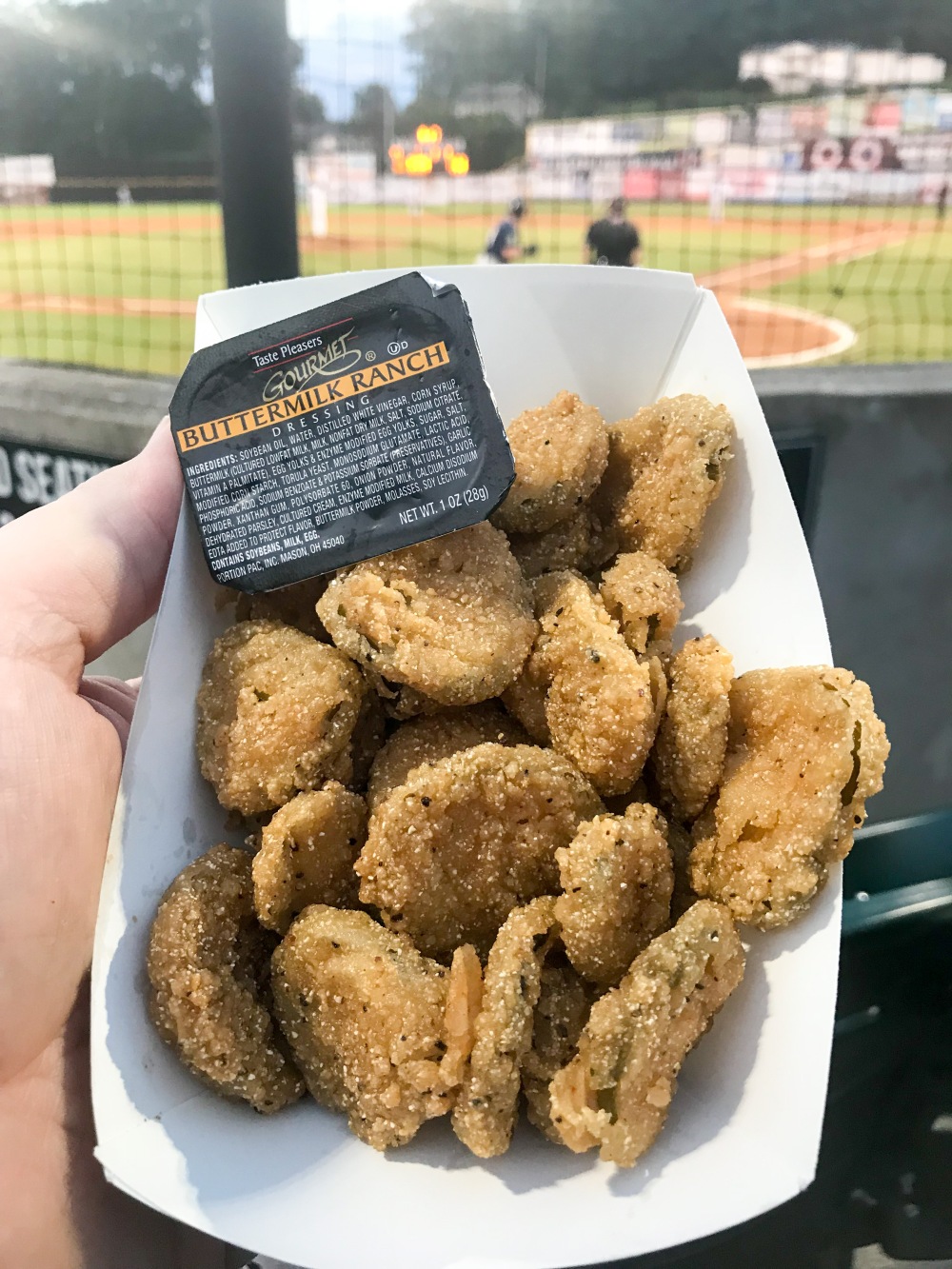 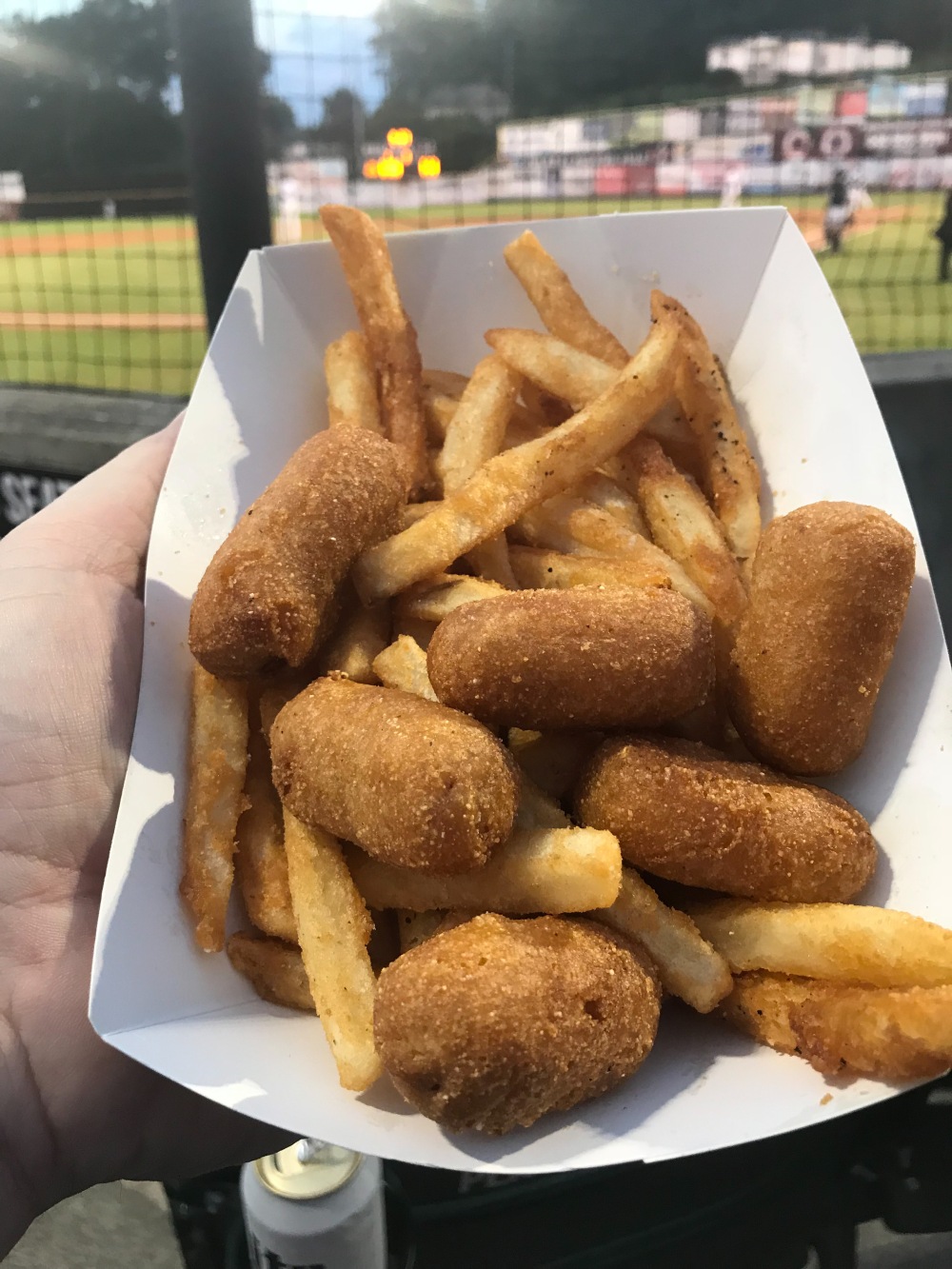 I did run into a couple of fans who sampled the ice cream. Looked pretty good!

In attendance that evening was outgoing Appalacian League President Lee Landers. Landers has been the President of the Appy  League since 1996, and has been involved in professional baseball since 1959. In 2017, MiLB named Landers “King of Baseball” and numerous teams throughout the league honored him this season with his own bobblehead! While he was not being honored this particular evening, I’m glad that I got to see him before his retirement. For more about Landers, check out this press release from MiLB.

One celebrity I DID get a chance to meet was mascot Calf-E. I love making new friends at the ballpark!

The last celebrity sighting was of the famous cat at the foot of the right field foul pole. No, he’s not real, but it’s pretty cool that they’ve kept him there for many years!

There’s no dedicated indoor souvenir shop, they have a very well stocked shop in an open truck. I waited too long for the hat and Star Wars shirt I wanted, but did end up with a cool shirt. 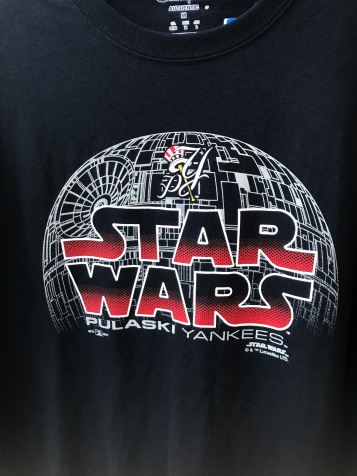 The Yankees were hosting the Elizabethton Twins, and it was definetely a pitcher’s duel, with multiple pitchers! Yanks starter Luis Gil had 7 k’s and scattered 2 hits for his 5

innings of work, and was consistently in the mid 90s with his fastball. Wellington Diaz pitched the final 4 innings, giving up 4 hits but didn’t allow a run. Likewise, the Twins pitching crew scattered 5 hits and struck out 6, but unfortunately gave up an unearned run in the bottom of the ninth, and the Yankees won 1-0. I was getting a little nervous. Usually I love getting free baseball with extra innings, but I was also looking at 267 mile drive home after the game!

In the bottom of the ninth, the Yanks Max Burt lead off with a double, and raced to third on a wild pitch. When the throw skipped out to third, Burt came home for the winning run!

Earlier in the game, there were tit for tat close plays at home. Here’s Yankees Robert Javier called out at home in the bottom of the fifth. 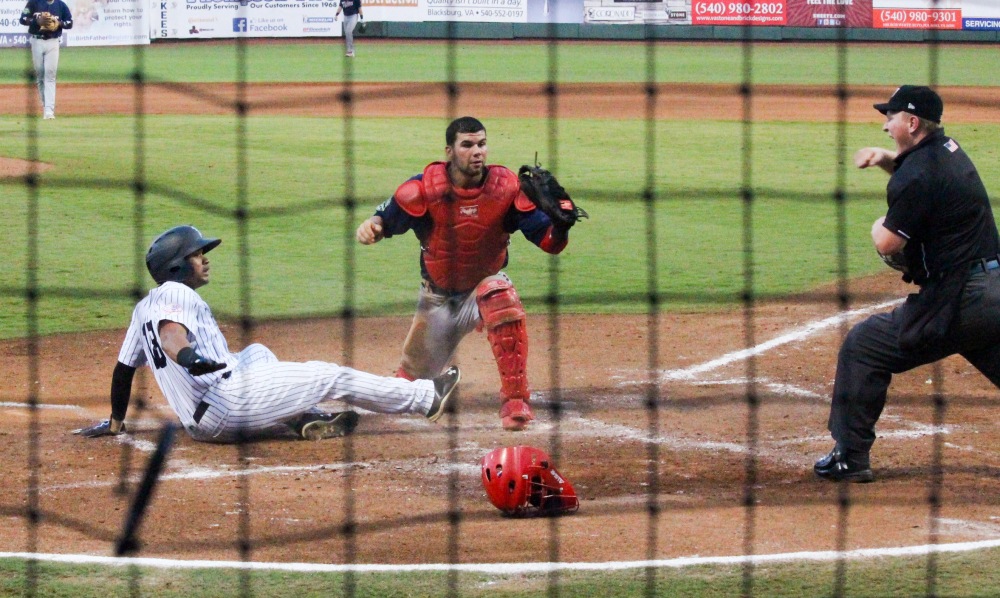 Then in the top of the 7th, the Twins Trevor Larnach was called out at home. Here’s the sequence: 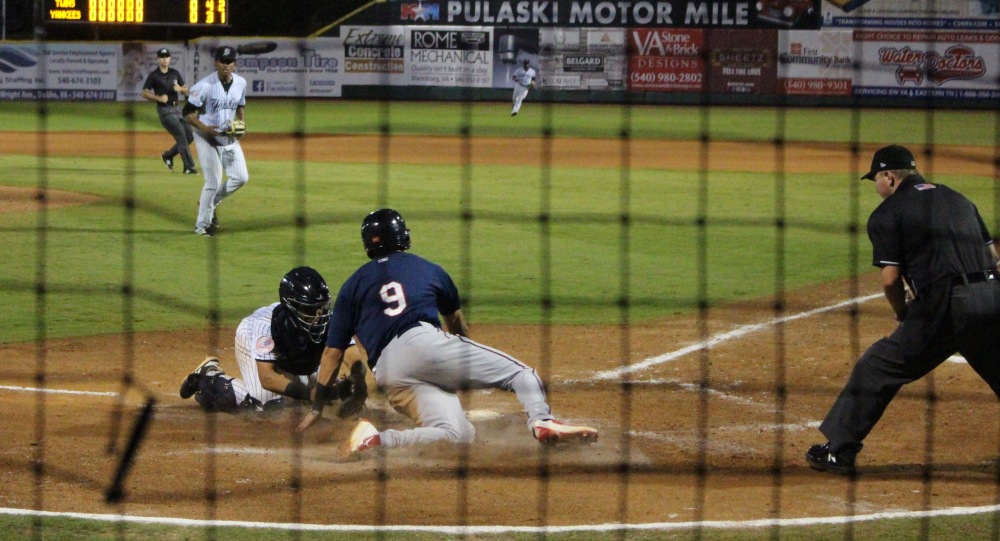 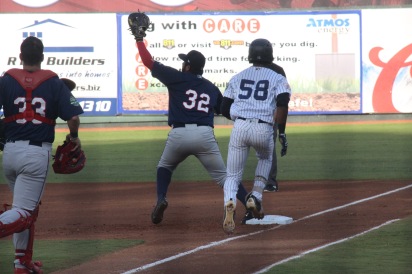 If youi ever find yourself in southwest Virginia during the summer, Motor Mile Field at Calfee Park is a must stop! For a small market Appalacian League team, they have a very fun, professional atmosphere with great fans! And if you go on a Saturday night, like I did, at precisely nine o’clock, they will entertain you with a Billy Joel clip: “It’s nine o’clock on a Saturday, the regulars shuffle in.”