Last night, the George Mason University Patriots defeated the Frankling and Marshall Diplomats 36-10, avenging last years loss at home by a score of 22-17. I looked at my car thermometer, and the following movie scene came to mind:

It was 21 degrees. It was very cold in Lancaster.

Not only did the team get revenge on the Diplomats, last night a couple of wrestlers defeated the same opponent that bested them last year. Last year, Eli Spencer was pinned by Philip Robiolotto in the first period. This year, Spencer scored a 14-5 major decions over Robiolotto. Last season, Talha Farooq lost to Michael Simonetti, but last night, Farooq also scored a major decision, 9-1.

Frankling & Marshall won the opening bout, but after that, it was all Mason. The Patriots reeled off 8 straight wins, including a major decision by Tejon Anthony (15-4), and back to back falls by Kolby Ho and Colston DiBlasi.

One thing I have noticed about Mason wrestlers this year. After a stalemate or out of bounds call, their wrestlers run back to the center of the mat. “That’s by design,” said Coach Beasley after the match. To a newcomer like me, it’s very noticeable. Other wrestlers seem to drag themselves to the center of the mat. DiBlasi said, “It’s really an intimidation tactic.” Well, I think it works!

On a side note, I’ve noticed that wrestling is like a lot of sports. There seems to be a lot of grandstand referees. I may be biased, but I haven’t gotten that vibe from the Mason fans and parents. I know it’s natural. But it was certainly evident last night in a couple of bouts. My thought is, if you think you can do better, go through the training and don the stripes. If it was easy, everyone would be a ref!

Side note 2 – At first I thought I got some really good shots last night. But the lighting was interesting. You would think having a bright white mat would help, but it was wreaking havoc with my aperature and shutter speed settings. So I apologize in advance for the photos below. Fortunately, the next two matches I’ll be at (both at GMU), they don’t have the bright white circle. So even I hope to avenge my pics!! In the mean time, enjoy, and always #BeUncommon! 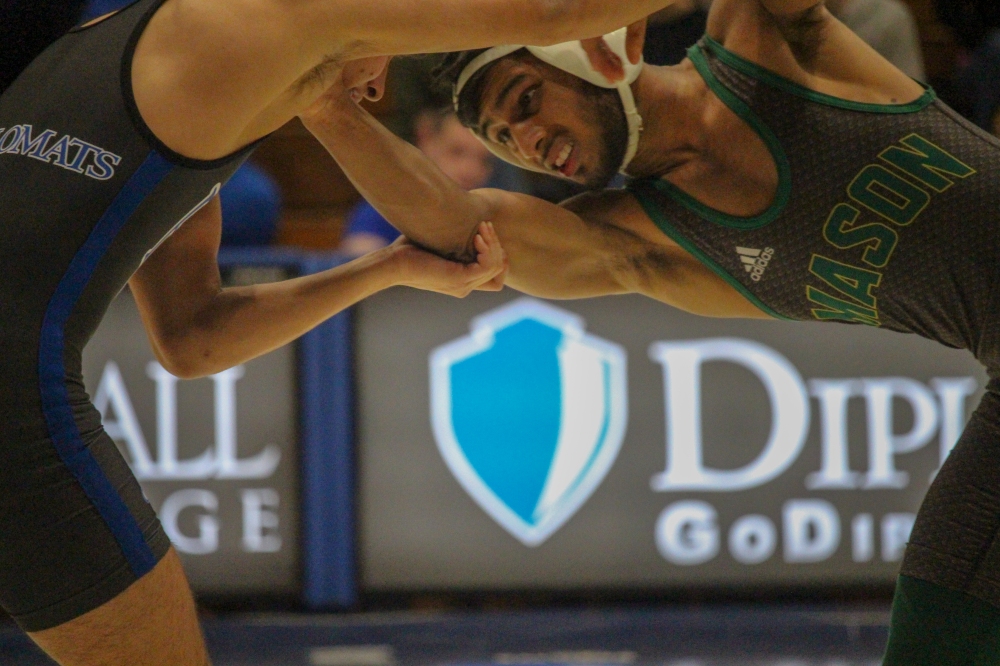 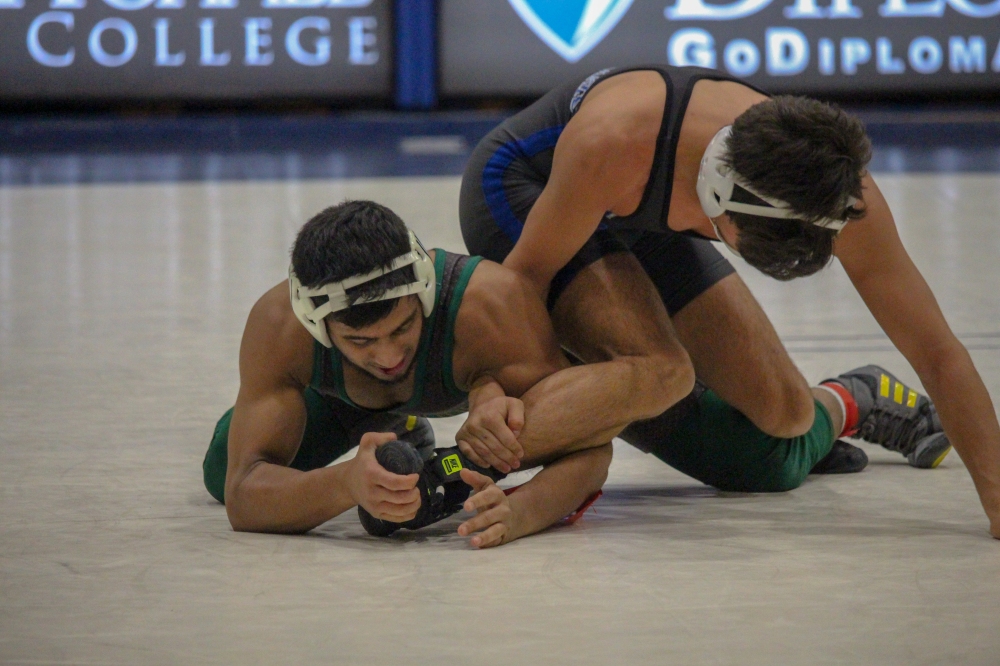 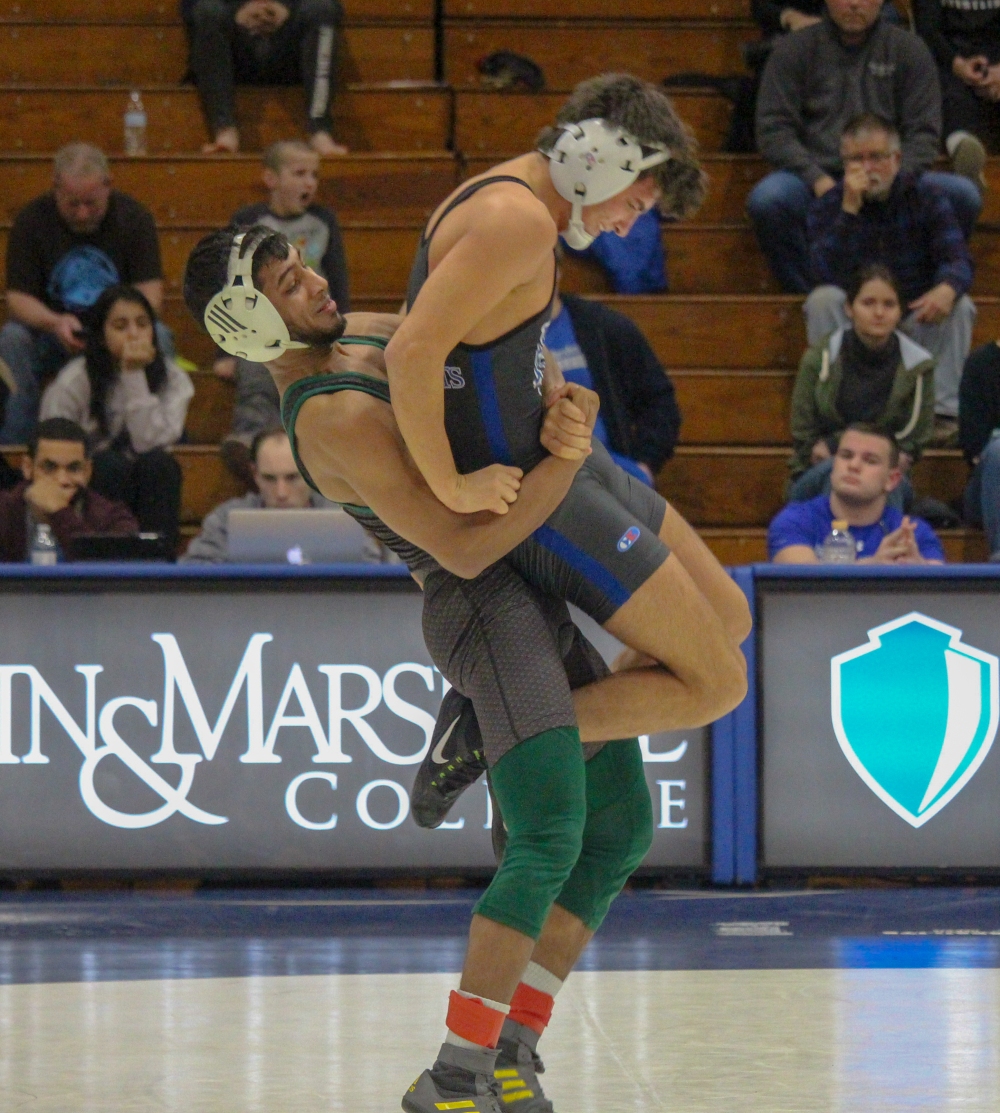 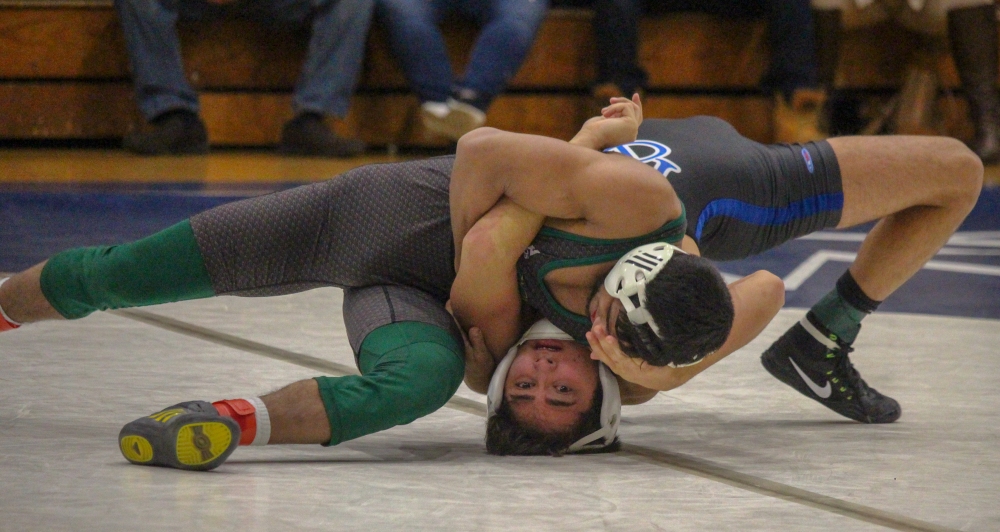 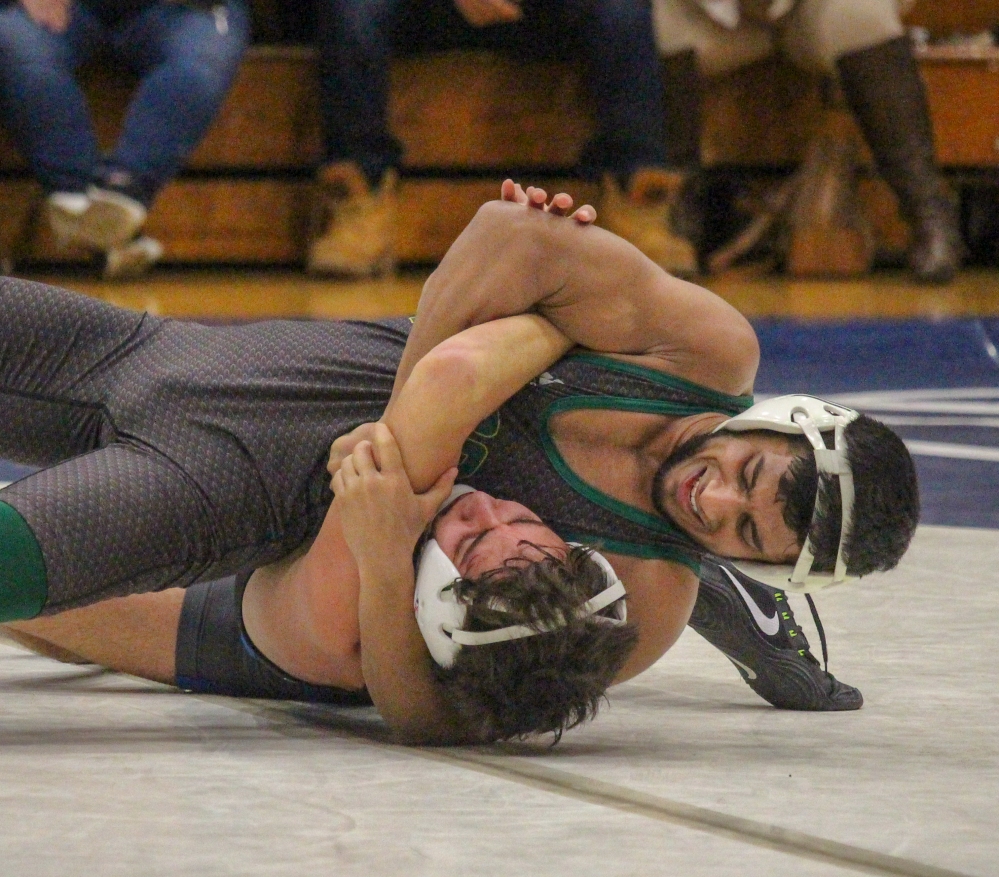 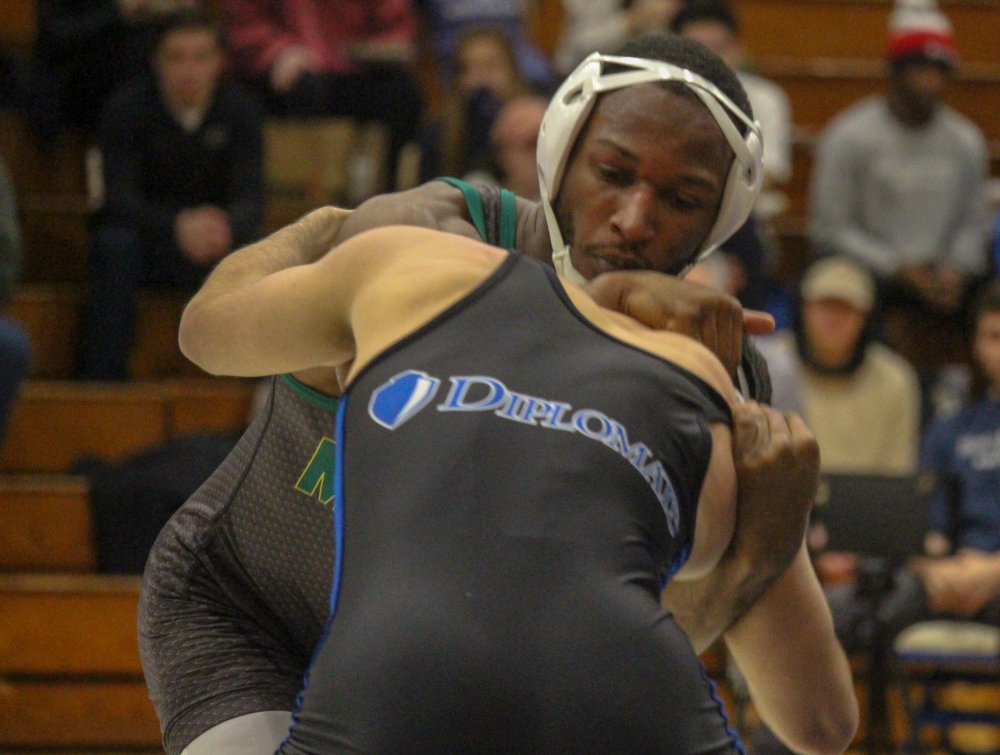 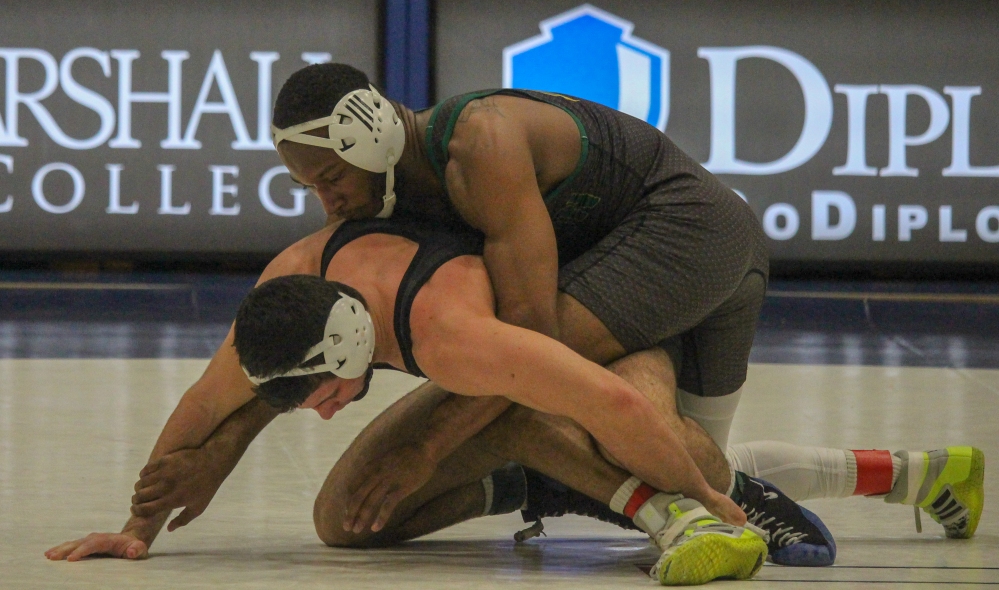 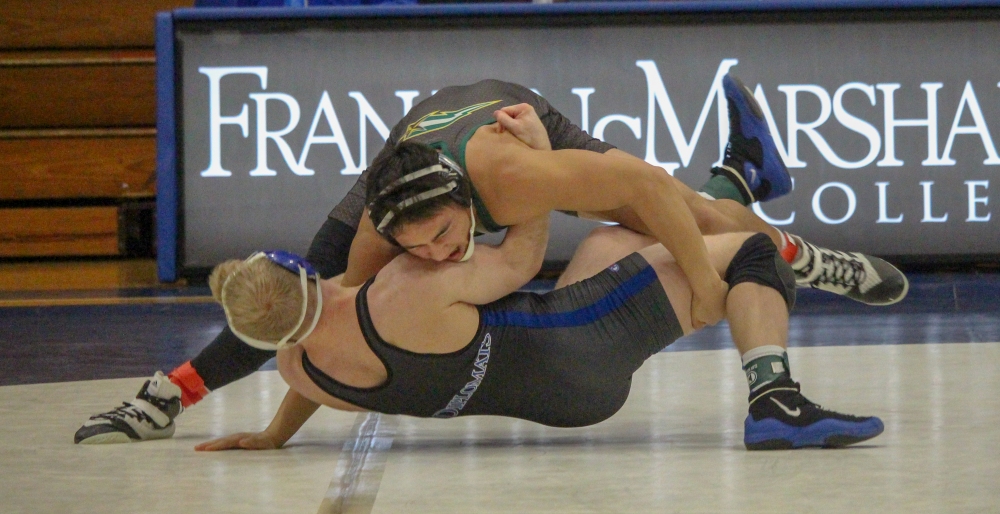 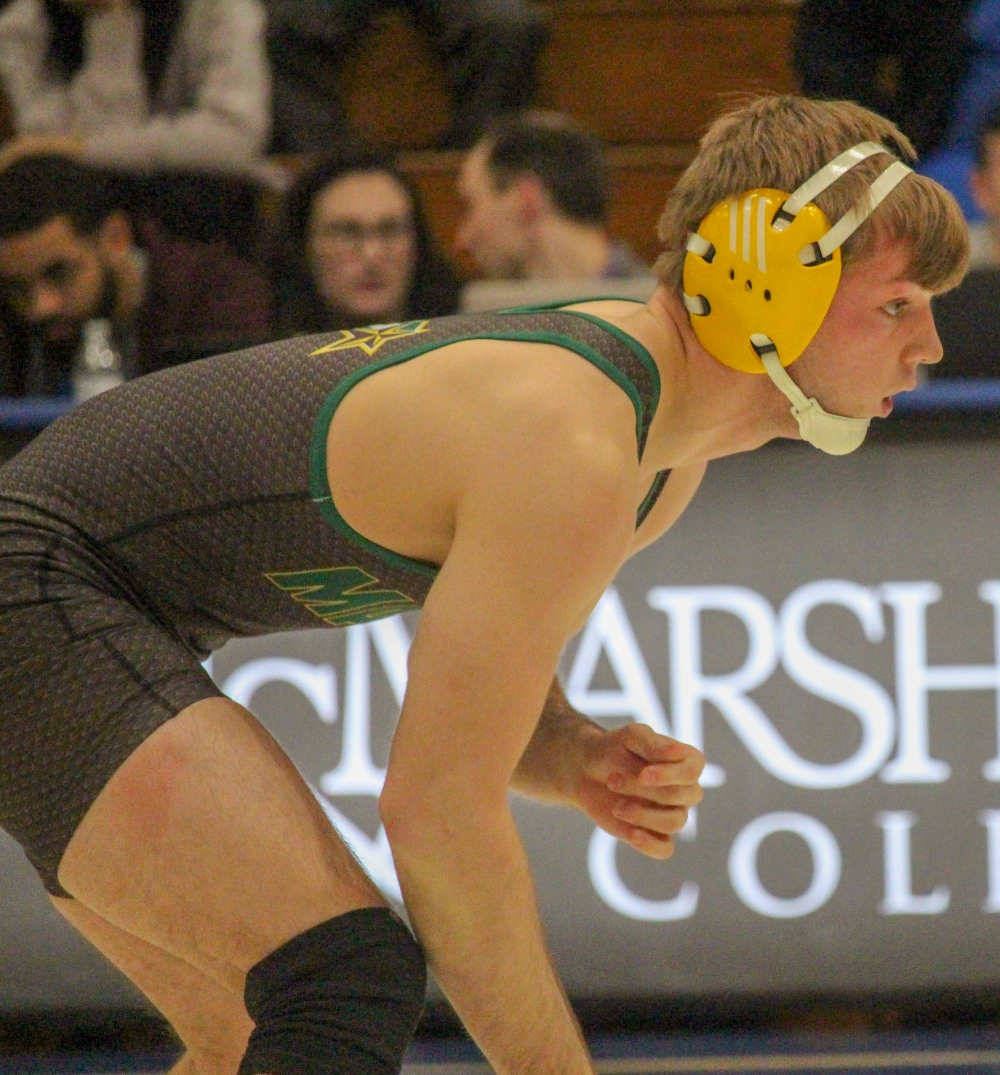 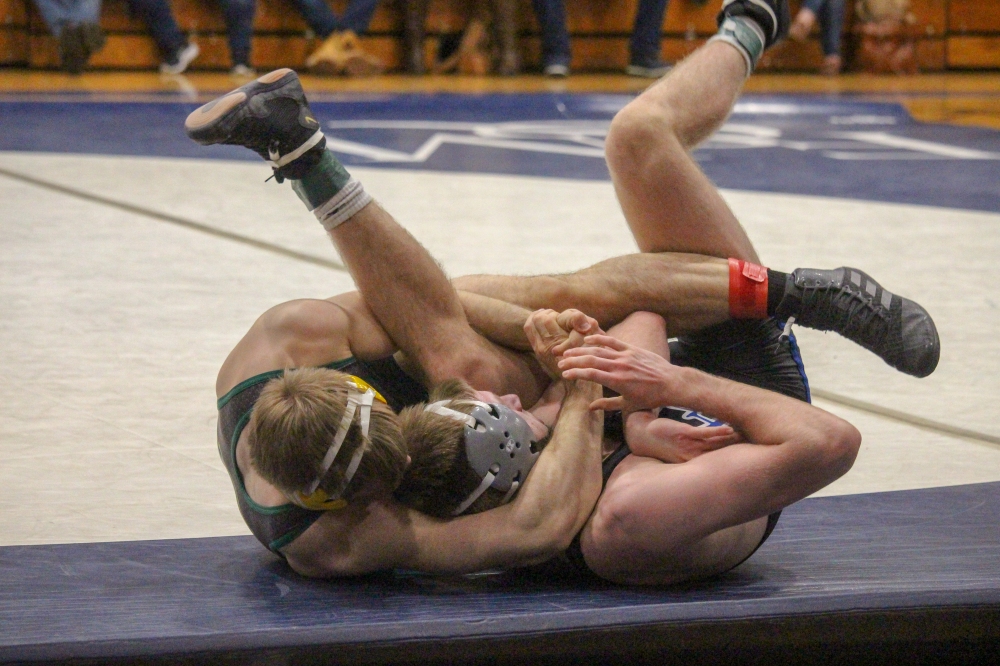 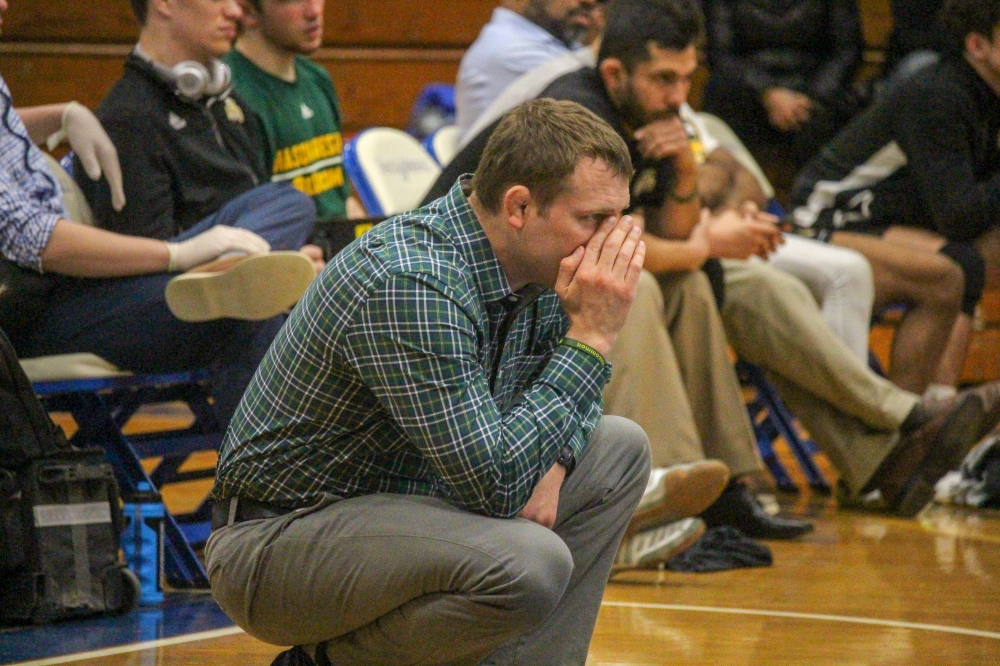 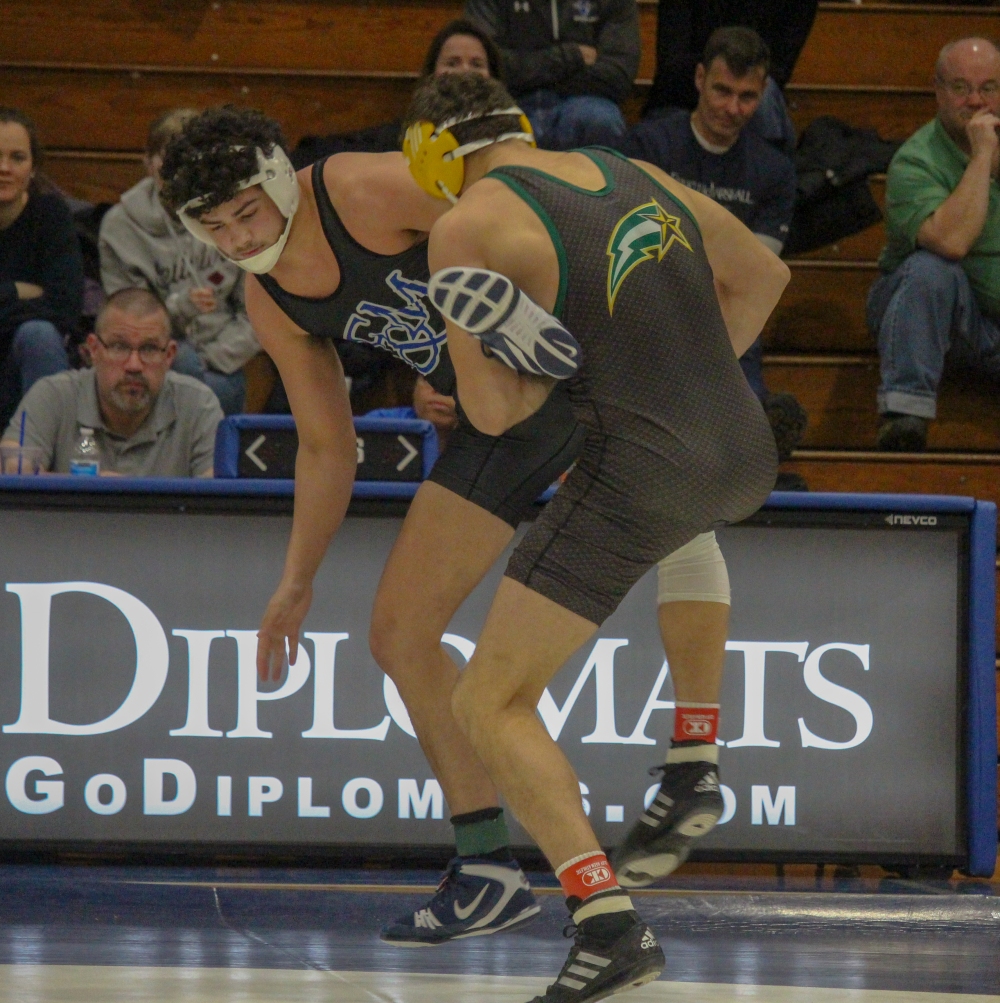 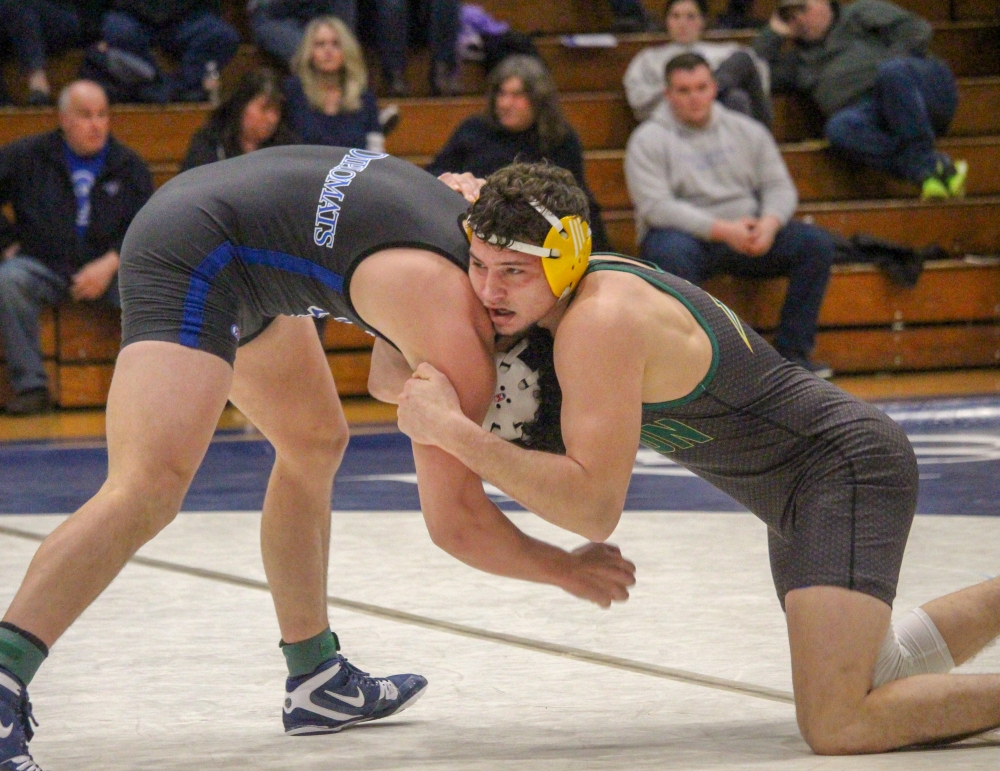 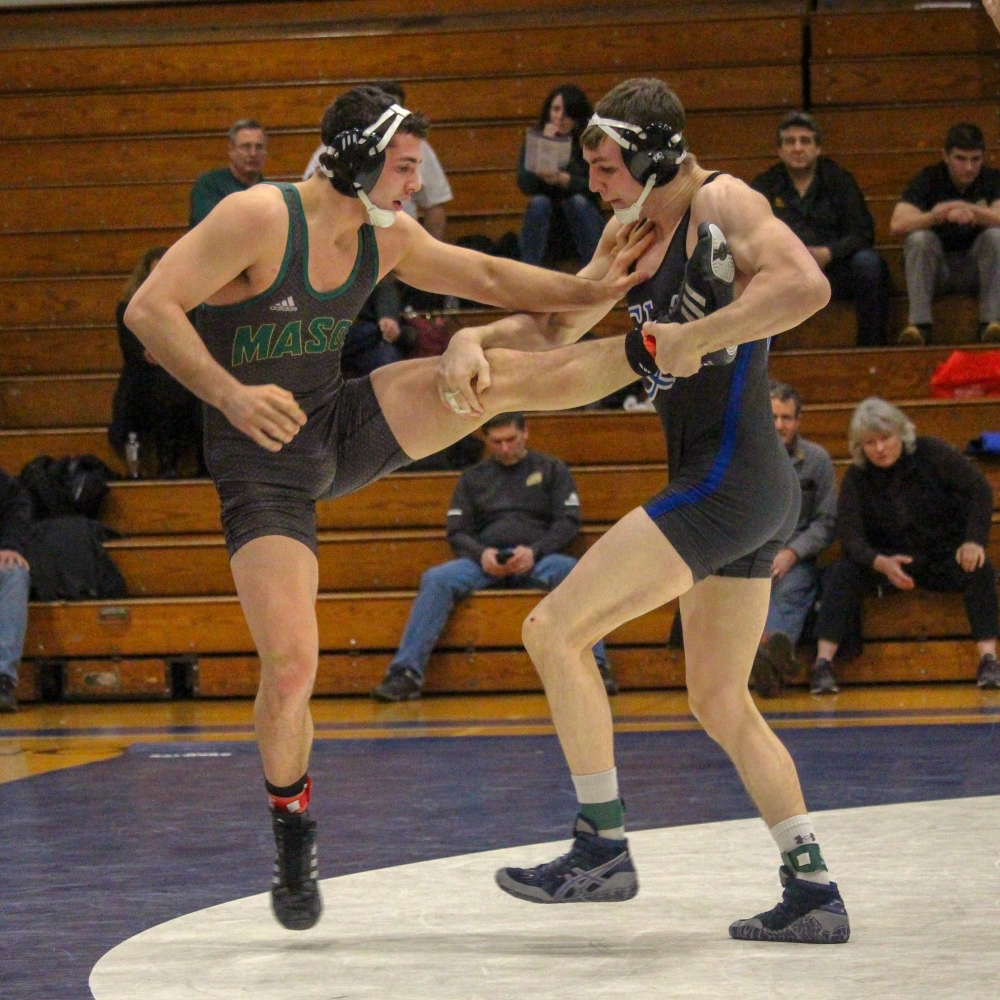 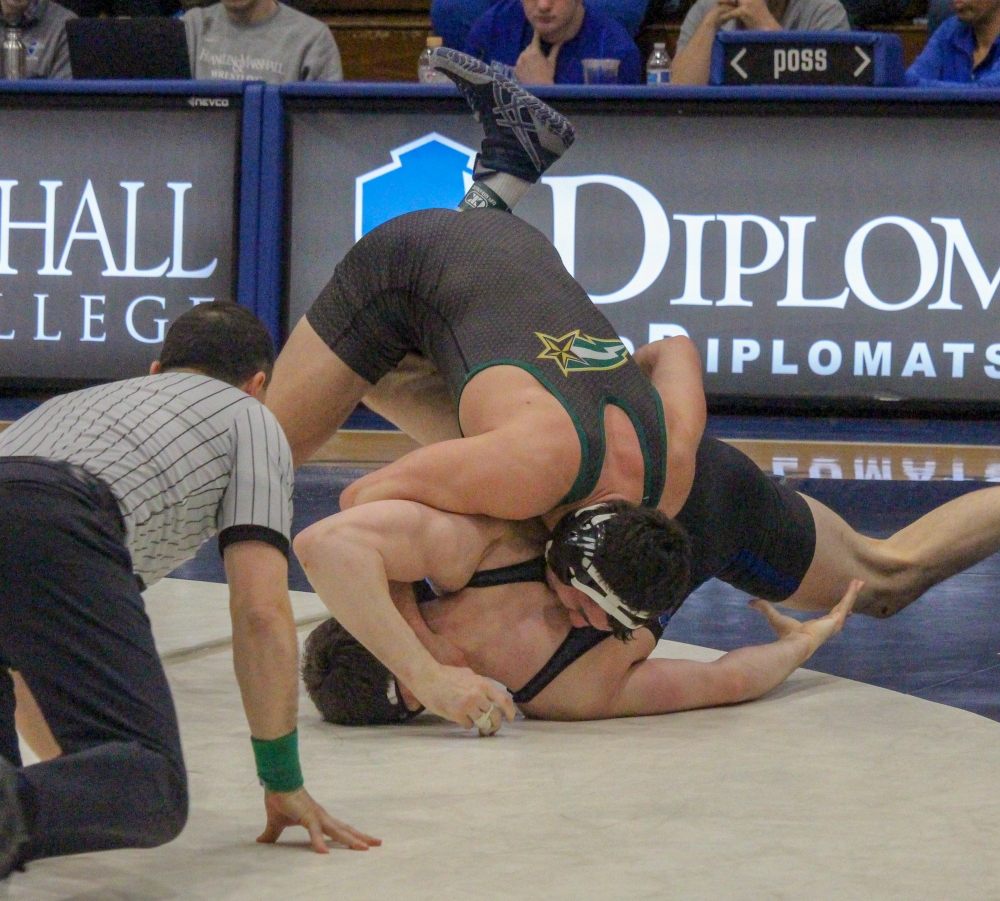 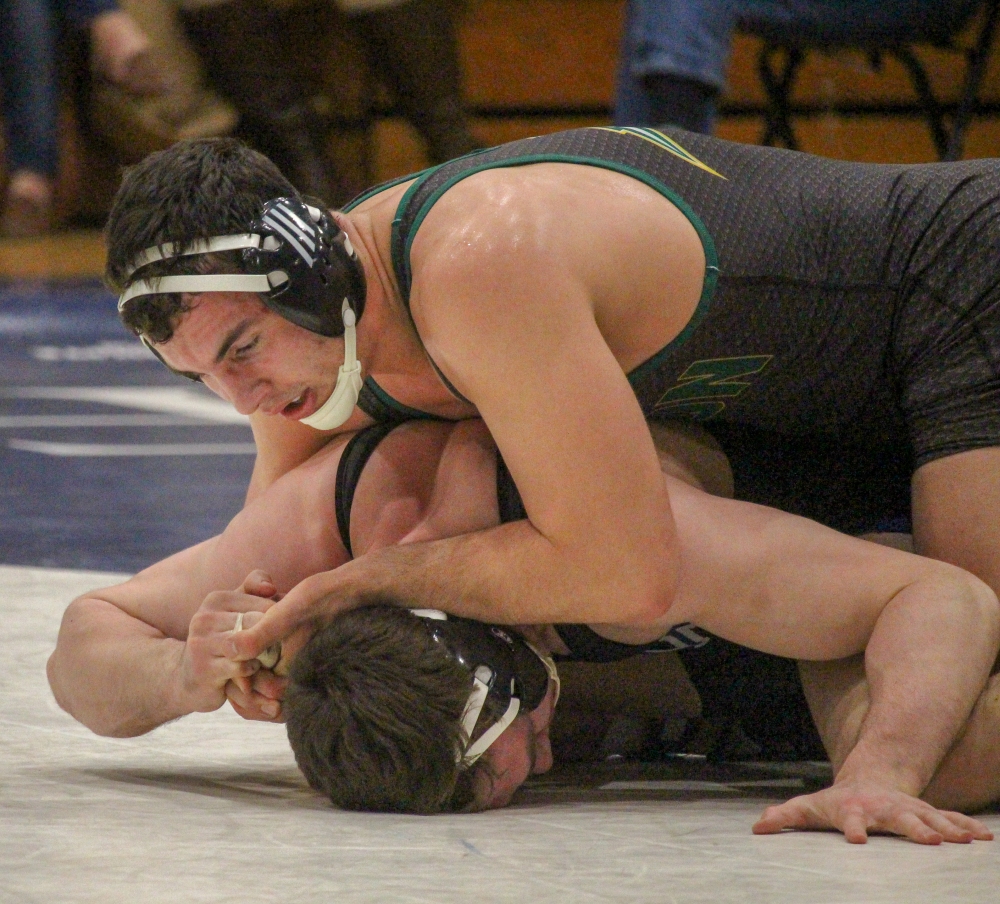