In 2016 there was a reshuffling of Single A baseball, with the Carolina League picking up two new teams begining in the 2017 season. The Buies Creek Astros “replaced” the Bakersfield Blaze, but it wasn’t a continuation of the Blaze. The Astros began the 2017 season in Buies Creek, and construction started on a brand new downtown stadium in Fayetteville. After playing two seasons at Jim Perry Stadium on the campus of Campbell University, the Astros moved into their new digs at Segra Stadium at the start of the 2019 stadium, and the Woodpeckers came to be. I gotta say, they left out nothing with this new stadium!

The Woodpeckers were even sporting some cool patches on their sleeves to honor their first season in Fayetteville.

Segra Stadium is a single level stadium (with suites and a party deck on a second level), and holds just under 4800. But it seems much more spacious than that, with all the outfield seating and group areas. Not to mention an incredible outfield bar with lots of seating. I really liked the outfield seating with rocking chairs, a great bar, picnic area, and even seats with built in misting!

Views of the bar area in right field: 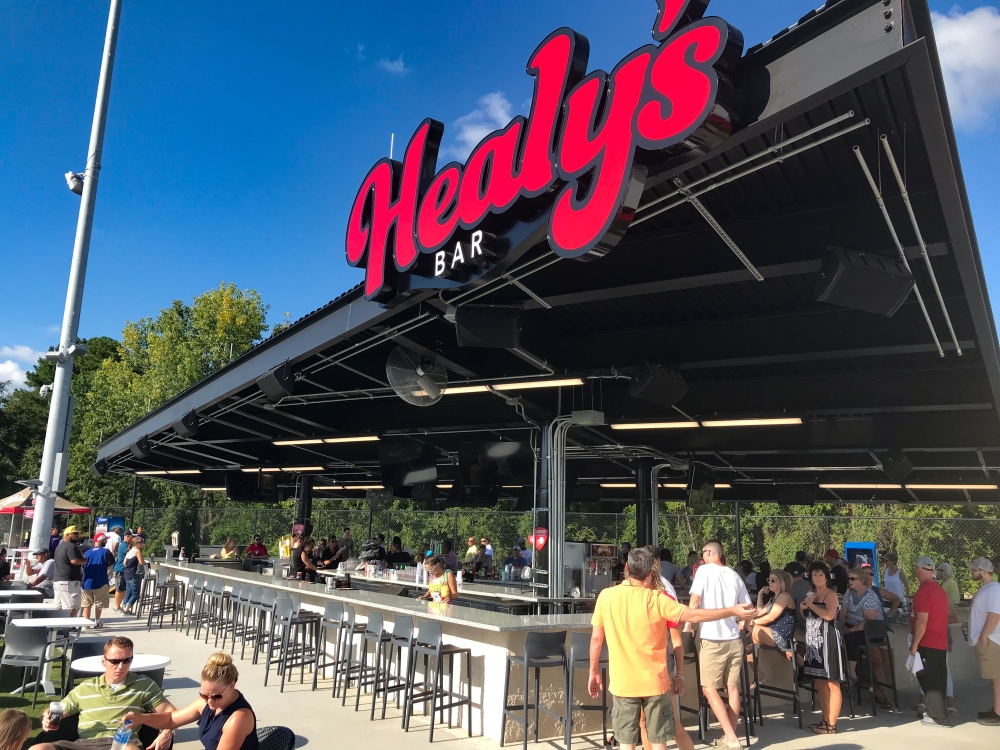 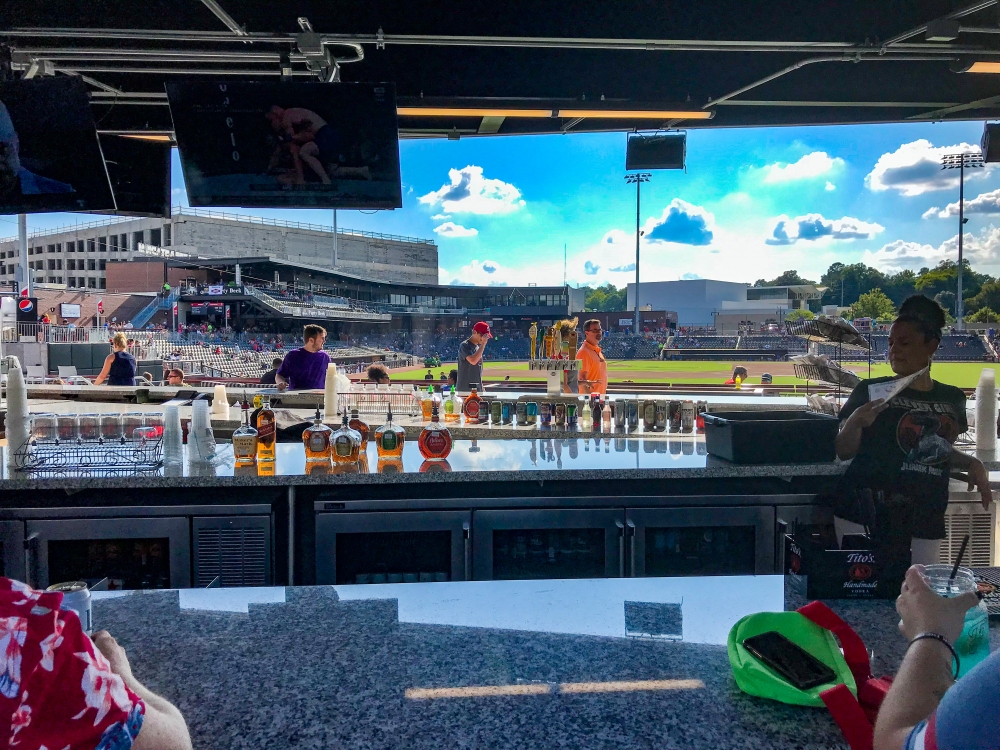 Who wouldn’t want your own misters while watching a game on a warm summer evening in North Carolina?!? Behind the misting seats they had a really fun open area where you can challenge your friends in a game of cornhole.

On the second level, the Woodpeckers have a great looking party deck, as well as some premium options. I wish I had a chance to head upstairs to check out the party deck.

They also offer lower level “suites” for groups, with catering and great seating. 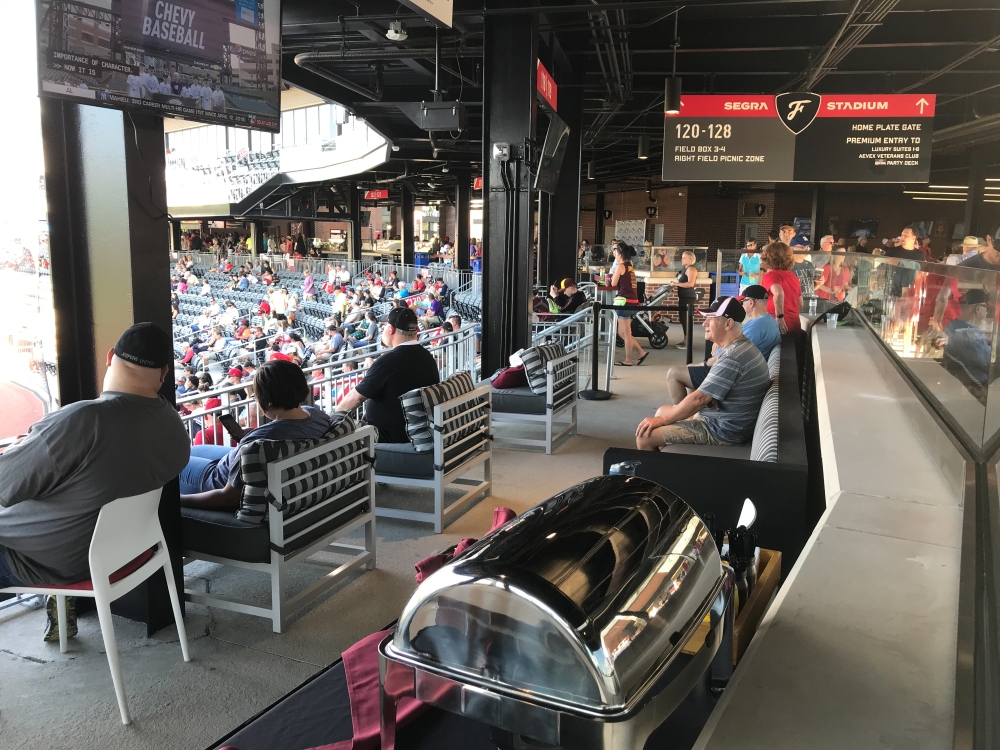 Here are some more views of premium seating packages for groups, courtesy of the Woodpeckers. 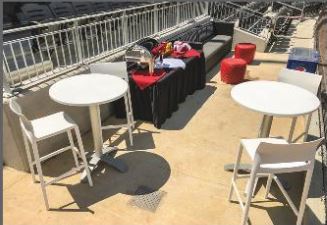 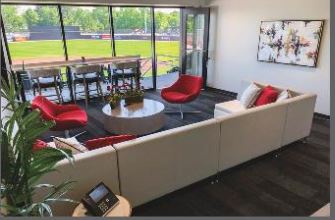 One cool thing they have at Segra Stadium is a glass enclosed batting cage. While I didn’t see anyone taking reps, I thought this was pretty neat!

Another view of the stadium:

I actually had a great seat, although I didn’t stay there much during the first few innings. 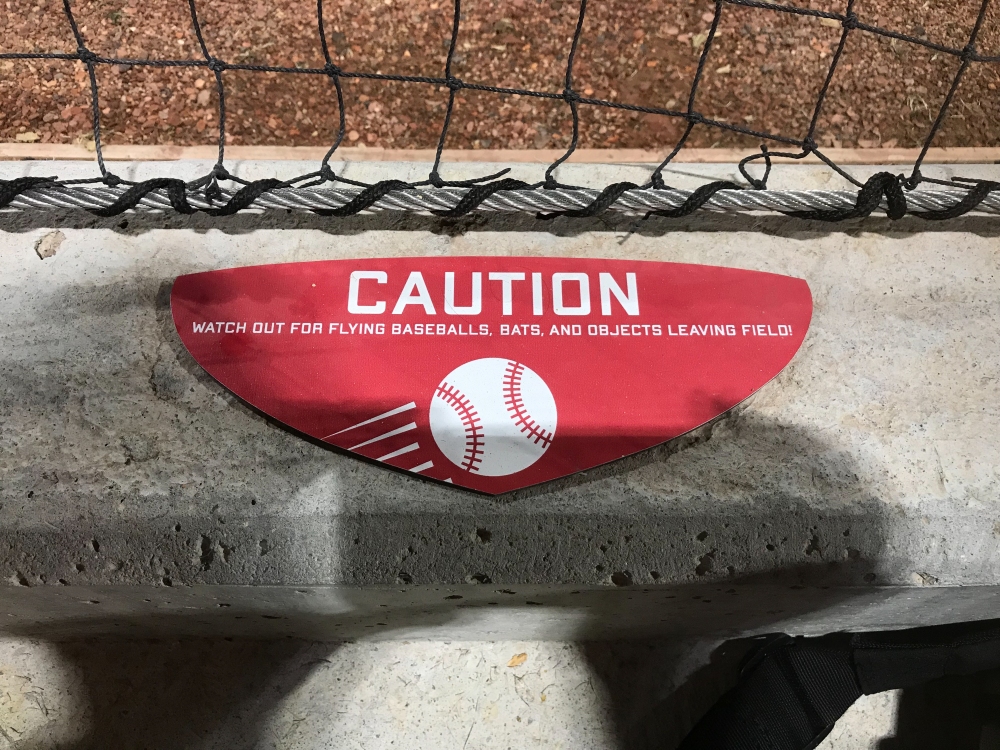 The ONLY bad thing I have to say about the new digs (and it’s really minor) is that my seat at the end of the row was next to a box suite for parties, and the way they tied the bar off encroached on my seat. Fortunately, the seats next to me were empty so I just moved over. But something to keep in mind. 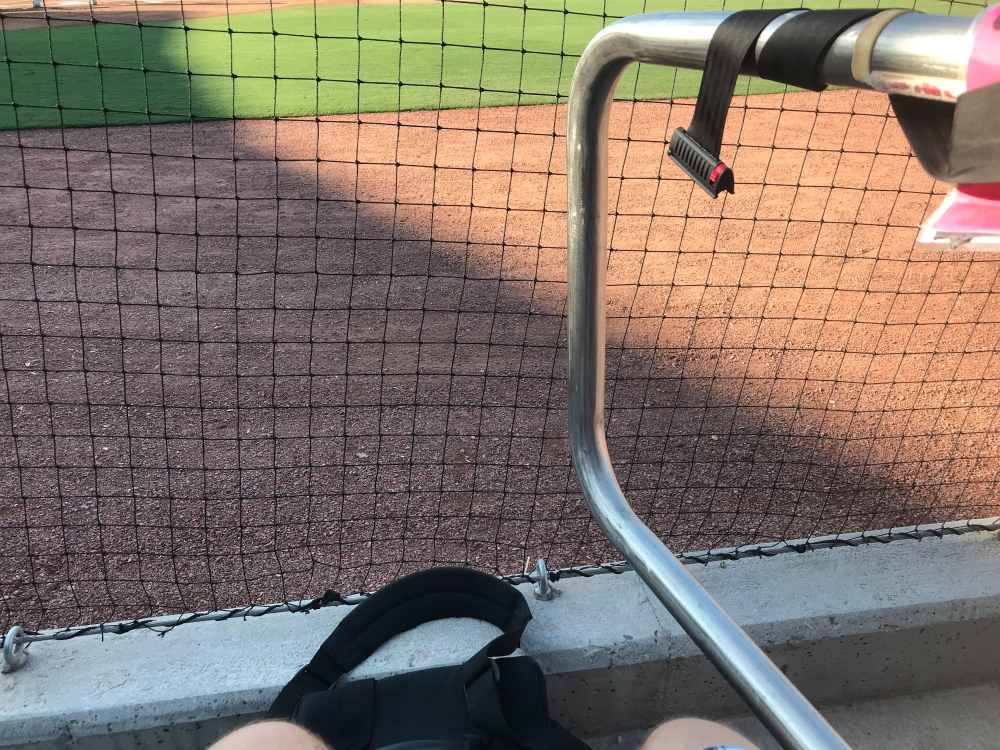 The Woodpeckers also honor all the POWs and MIAs.

You want food? We’ve got food! 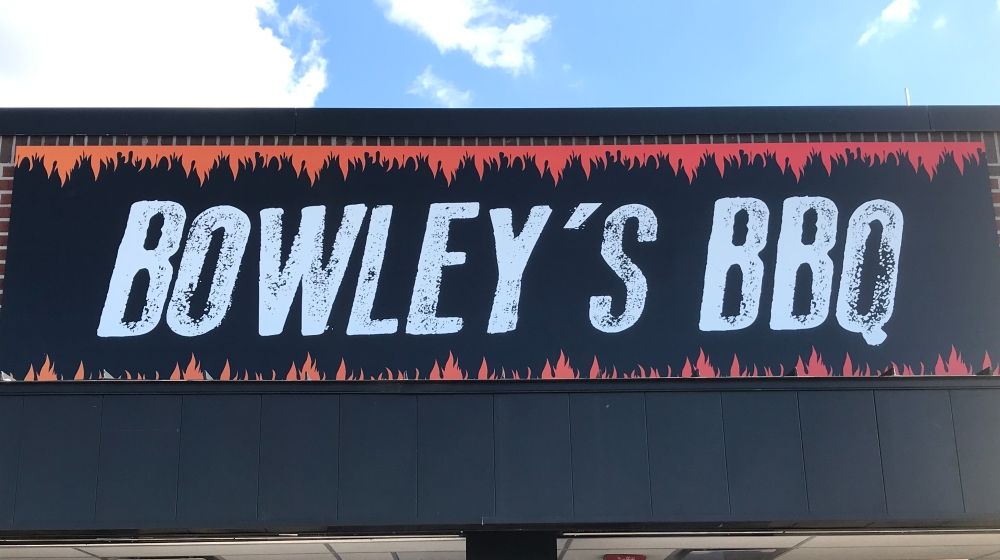 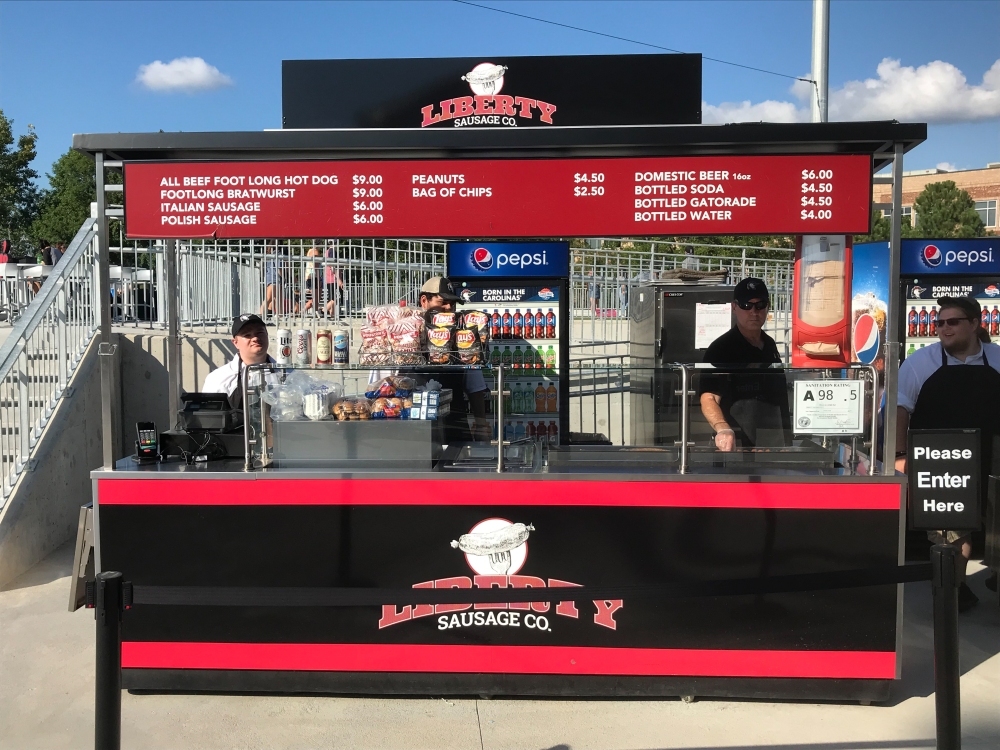 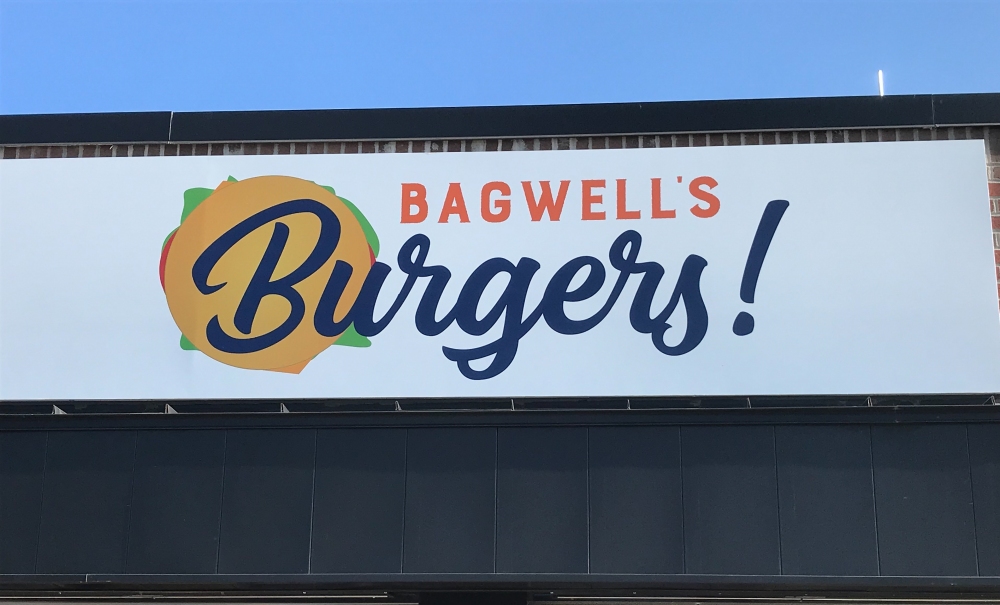 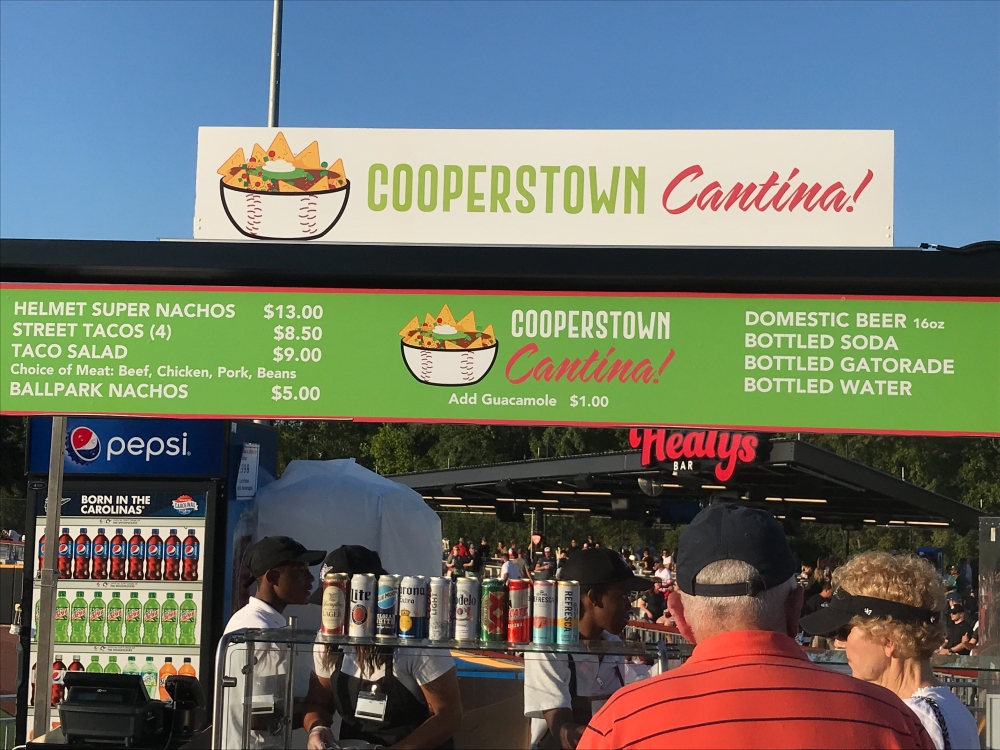 I WAS able to resist the ice cream in a helmet.

I also somehow resisted the nachos! 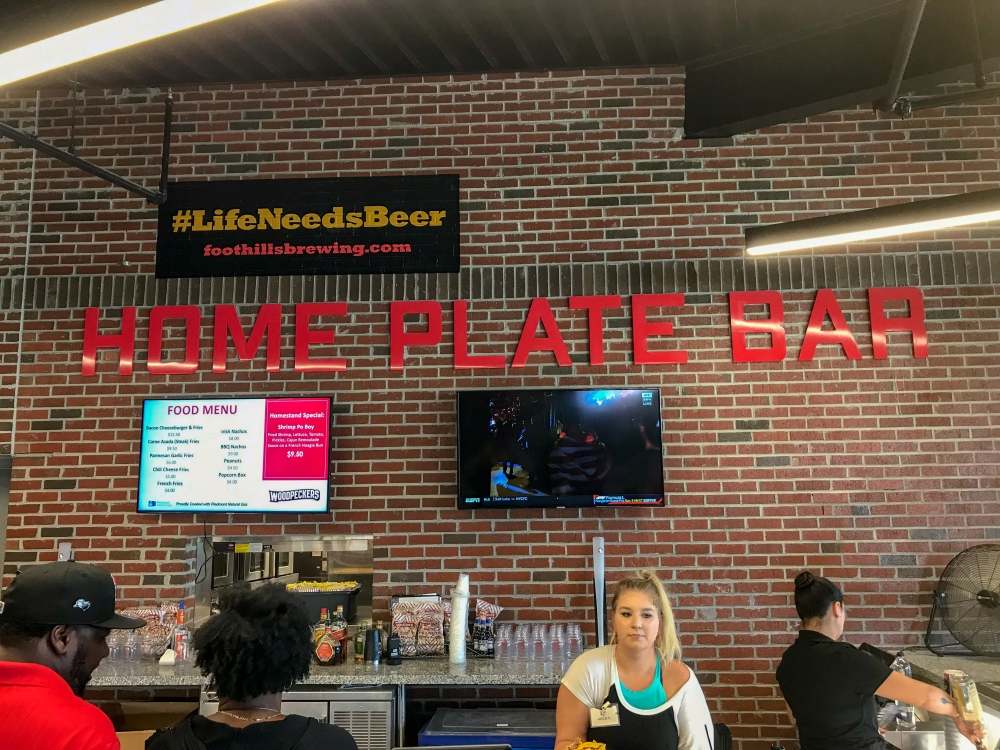 The bar did have a pretty cool menu.

I even resisted the beer in a souvenir bat!

What I could NOT resist was the BBQ platter!

Later, I did get a souvenir cup.

For a Single A team, their souvenir shop is Triple A quality! I had a difficult time deciding what to come home with!

I ended up coming home with this beauty! Obviously I did NOT get a size small……

Although it was a tough choice between a cap and the hulk hands cup holder!

I was lucky enough to get some good pics during the game. Here are a few game pics. 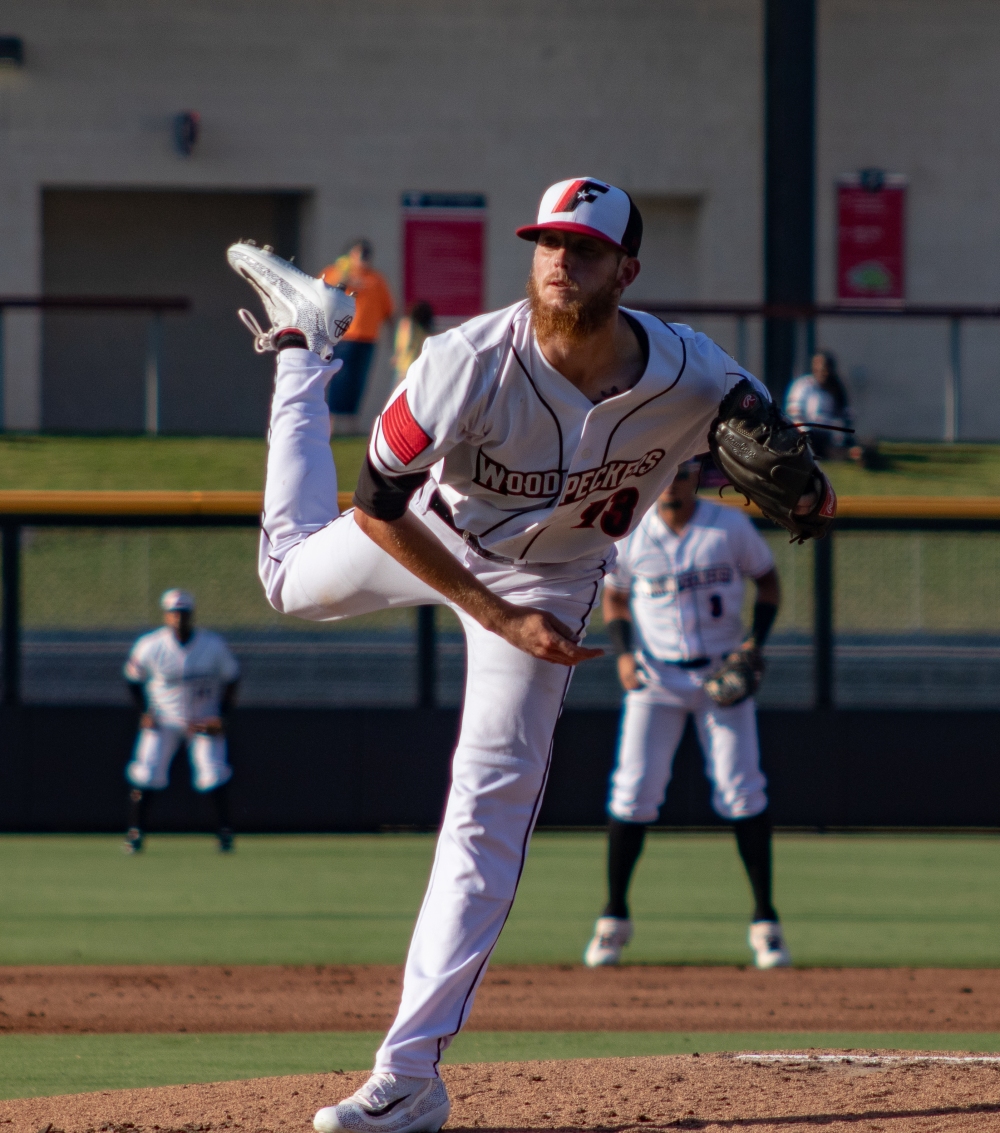 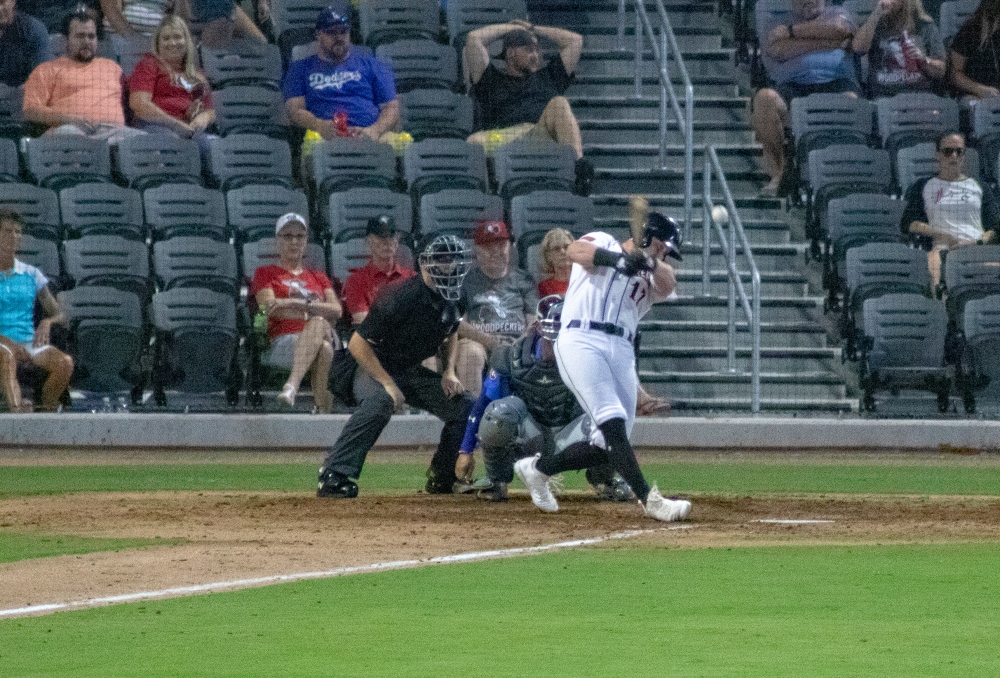 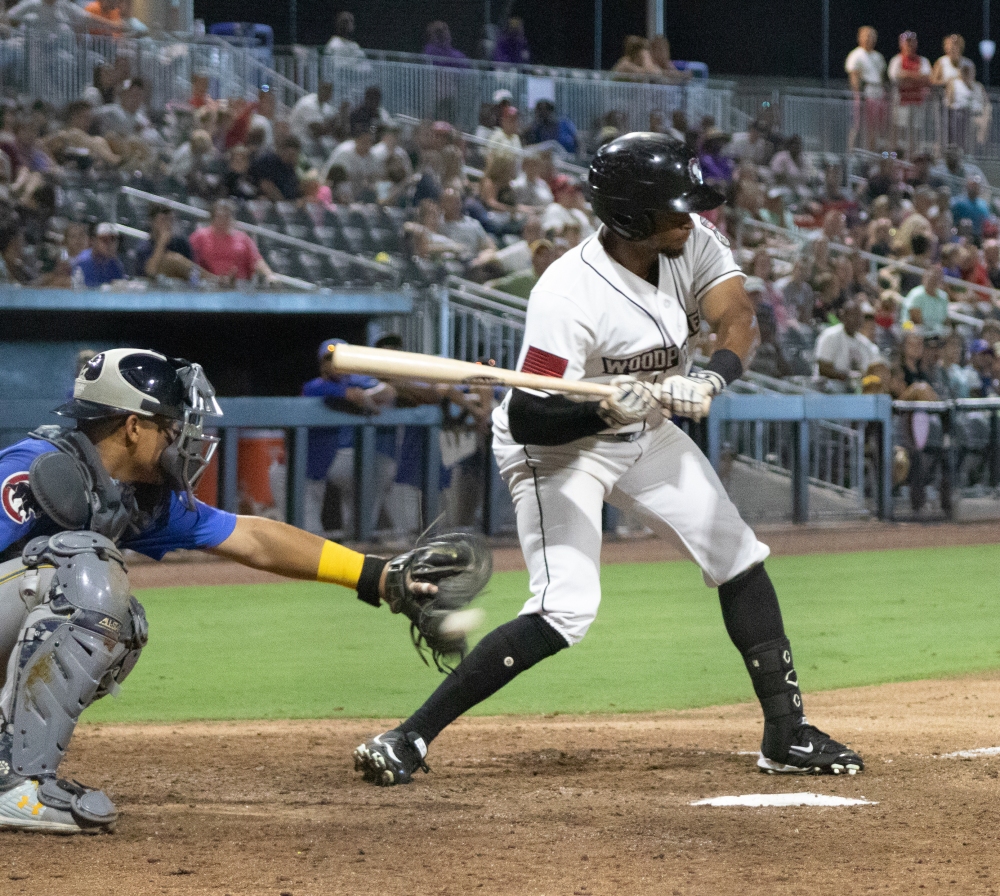 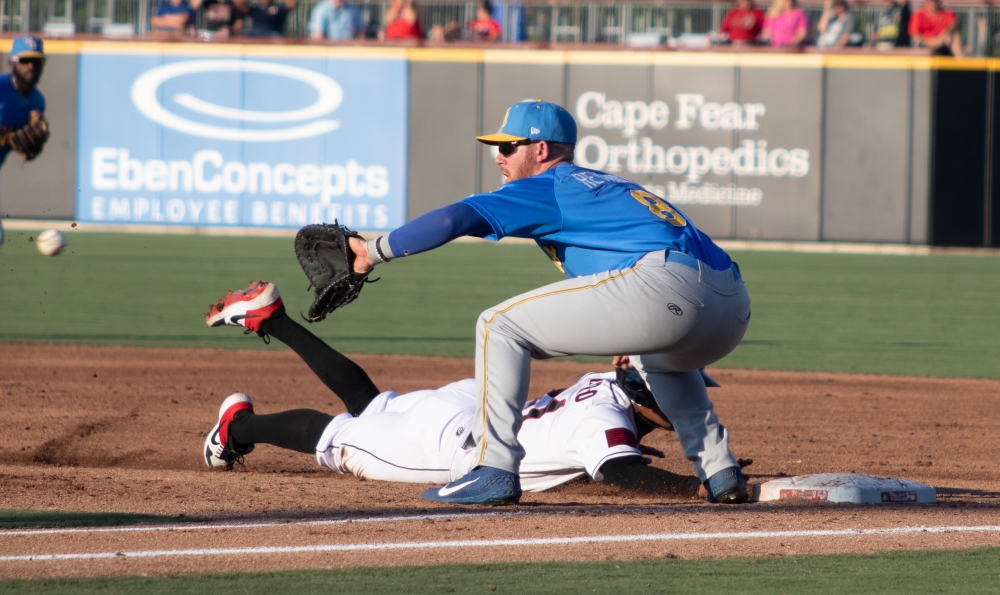 Had a little dispute later in the game on a called third strike. If you argue with the ump, you are gone. 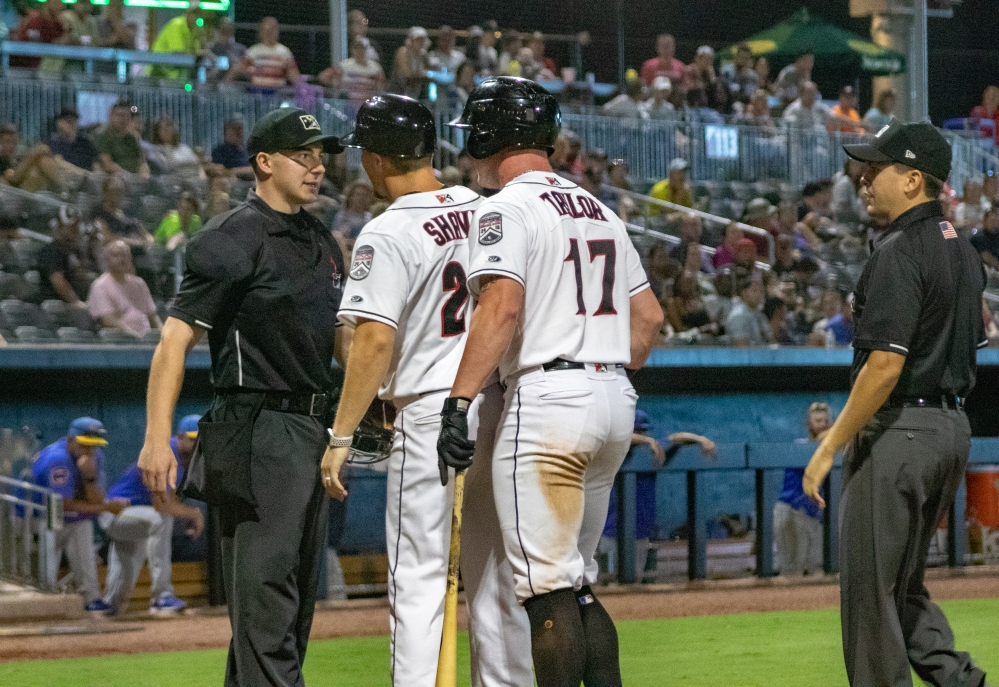 The Pelicans made it on the kiss cam. They were good sports!

As always, I made a new friend. And he’s got some moves too! 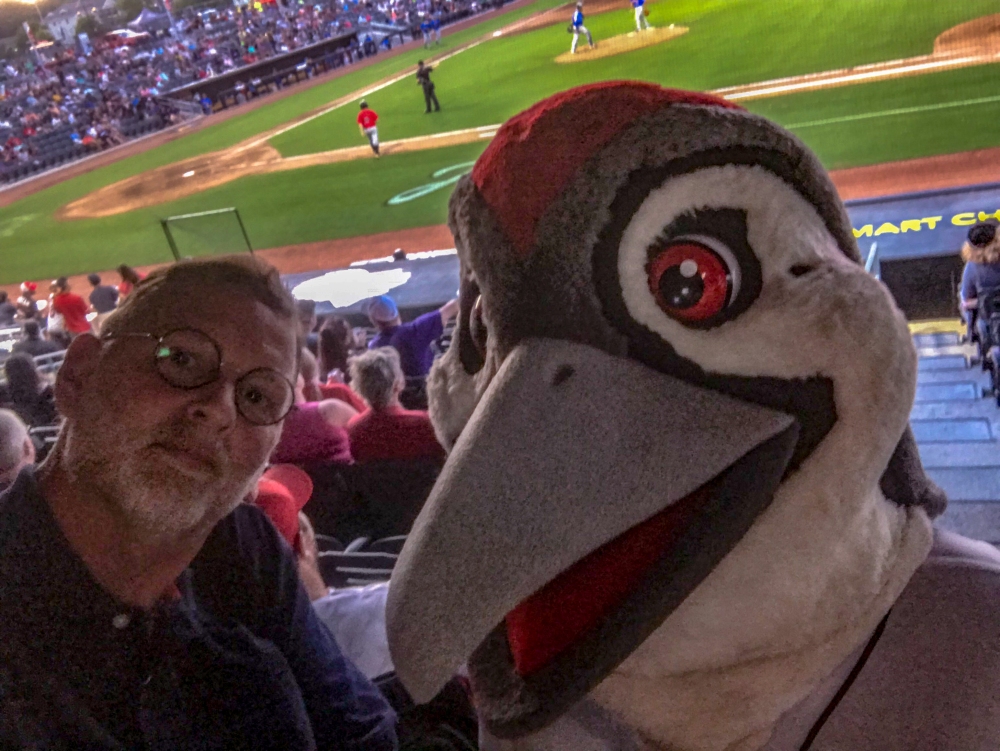 At the end of the evening, though, it was the Pelicans with the victory formation, coming away with a 4-3 win. 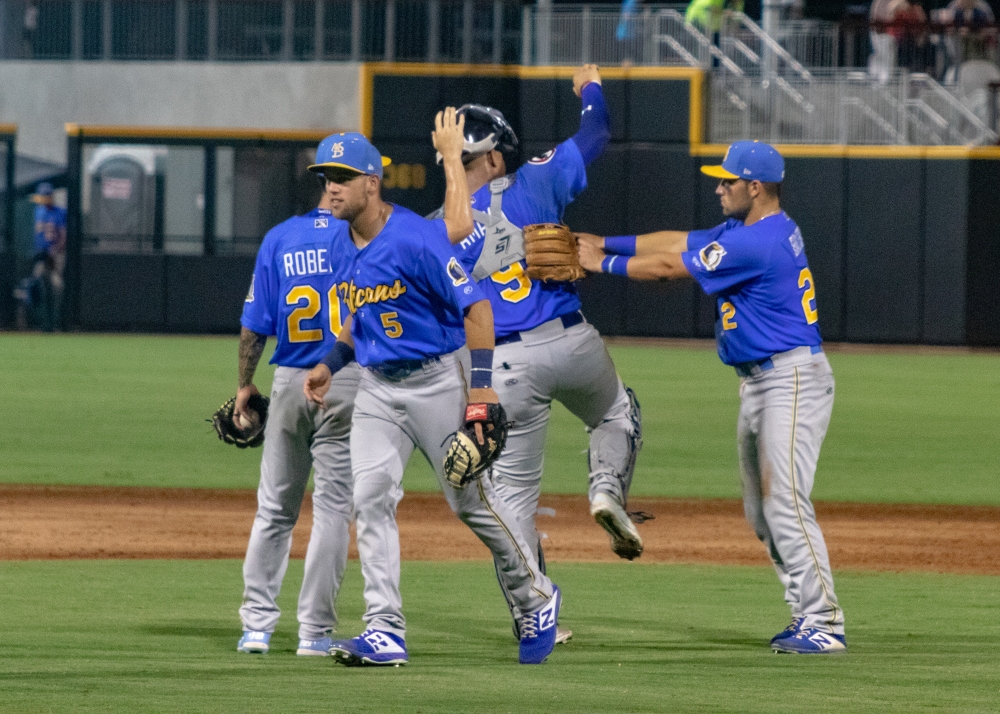 I had a great time in Fayetteville! One thing I thought was really funny was how they “harassed” Pelicans player Luke Reynolds every time he came up to bat. They would play various “Luke” clips from Star Wars. Here’s a sample:

They are doing great things in Fayetteville! Fans were great, and it’s an awesome new stadium. Definitely worth the drive! 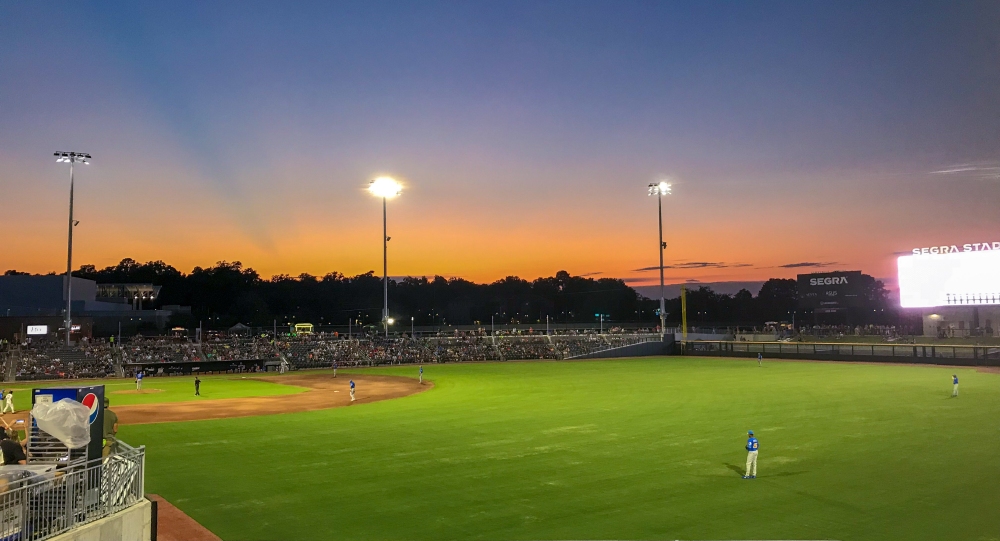 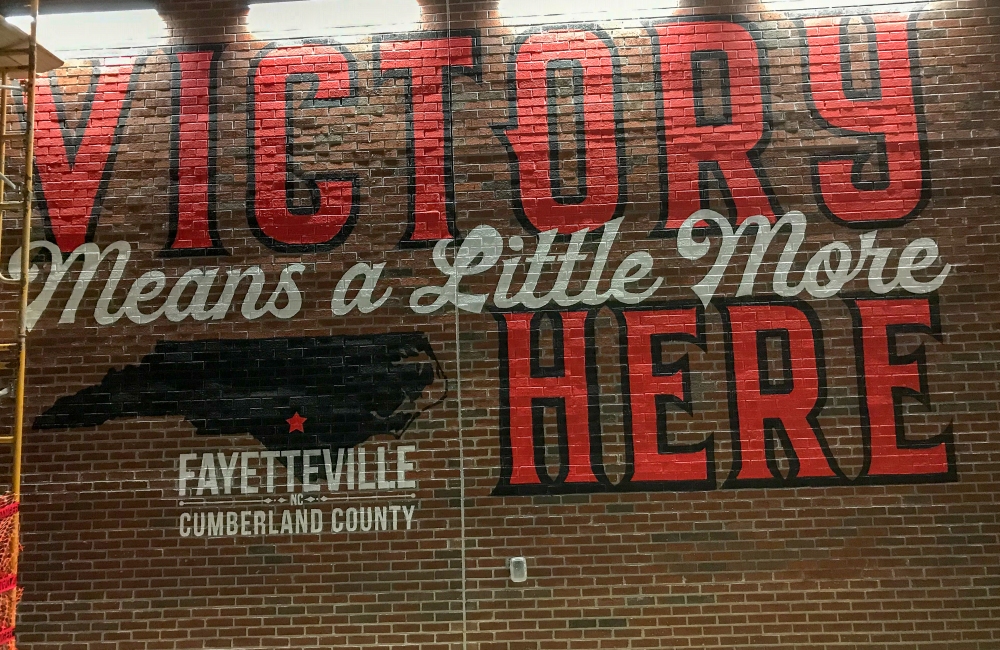