But I do know a fall is worth 6 points.
And if I could get the hang of escapes and reversals
What a wonderful world this would be.

Lyrics to What a Wonderful World by Sam Cooke (slightly modified).

So it’s back to wrestling season. I can tell it’s been a long off season for me. Sure, there’s hardly any off season for these guys, but after last season’s EWL championships, I tuned out and ramped up for baseball. I can tell that I was very rusty in both my picture taking and keeping an eye out for things. In fact, I was so rusty that in my haste to get a tweet out, I mistakenly called a tech fall a major. Not even a major decision. Ooops!

Can you blame me, though? It was a pretty exciting night at the RAC at George Mason University, as the Patriots hosted Oregon State. The evening opened up at the 141 pound classification. Coach Beasley had to shuffle the lineup a bit, with two of his starters out. GMU was down early, losing by tech fall at 141, and Colston DiBlasi losing a nail biter, 4-3, putting the Patriots down 8-0 early.

After that, Mason got hot. Kolby Ho scored his tech fall 22-7 against nationally ranked Logan Meek. Not to be outdone, Neil Schuster scored a first period fall, and Tony Lombardo was a takedown machine, scoring another tech fall in the second period. And just like that, GMU had built a pretty big lead! The Mason coaching staff was really getting pumped at that point! 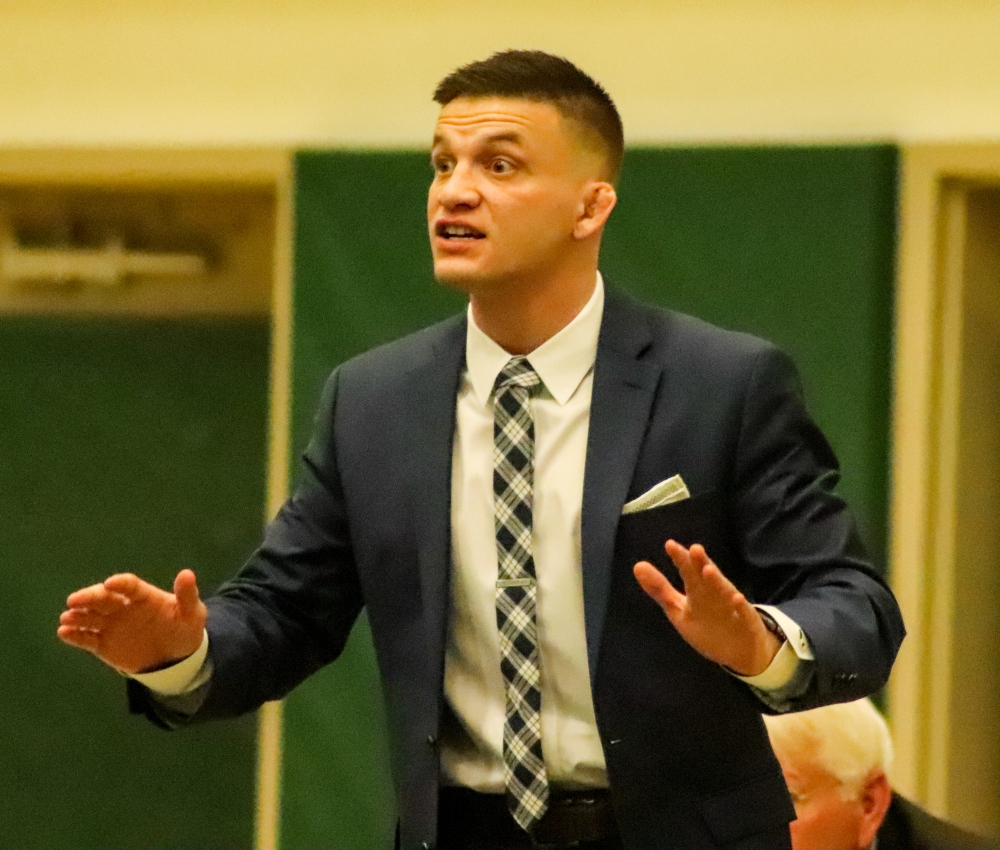 Speaking of coaches, prior to the match, George Mason paid tribute to one of their former head coaches, Jerry Mullins, who then stuck around as an honorary coach on the Mason bench. Mullins lead Mason to an undefeated season in 1973-74 and was named Virginia Collegiate Athletic Association Coach of the Year. The team finished first in the VCAA, boasting five individual champs. Four wrestlers qualified for the NAIA Nationals, with John Long finishing in the top eight in the country. 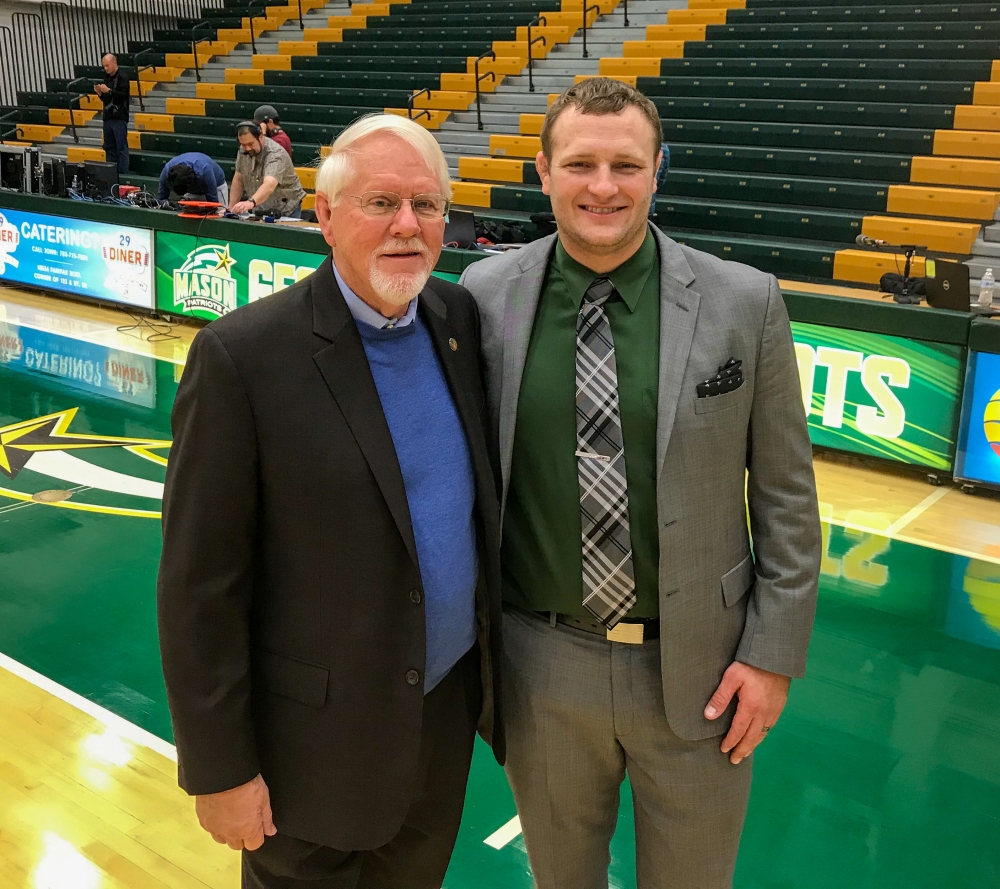 After jumping to their biggest lead of the evening, Oregon State grapplers reeled off five straight wins, and earned the victory 26-16. But those matches were well fought, and the guys never gave up. To give you some perspective of how far GMU has come, two years ago the Beavers came into Mason and walked out with a 32-9 victory. Also, the Patriots recently defeated Clarion 19-18, while losing to them 16-27 last season, and 10-24 the season before that. Things are really turning around, and what a wonderful world it is!!

Here are a few more pics. 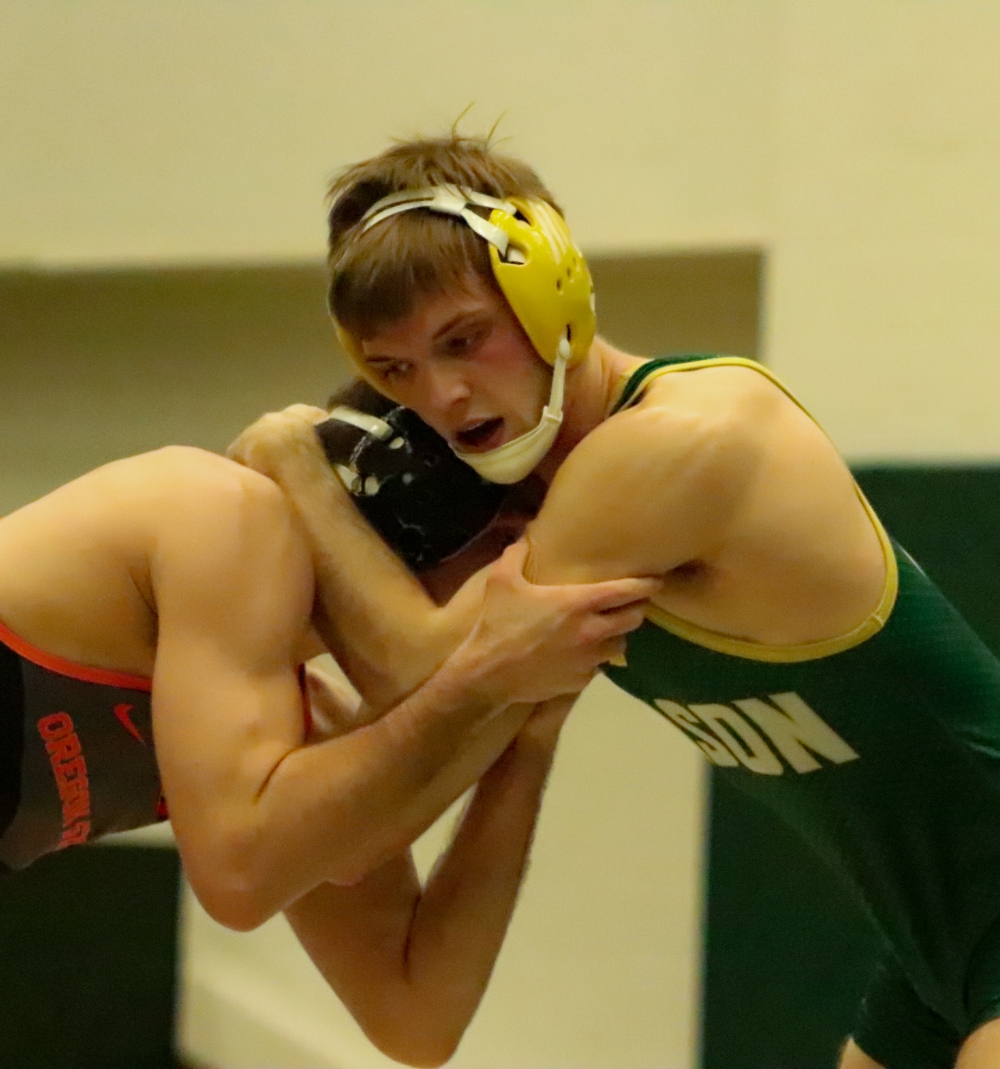 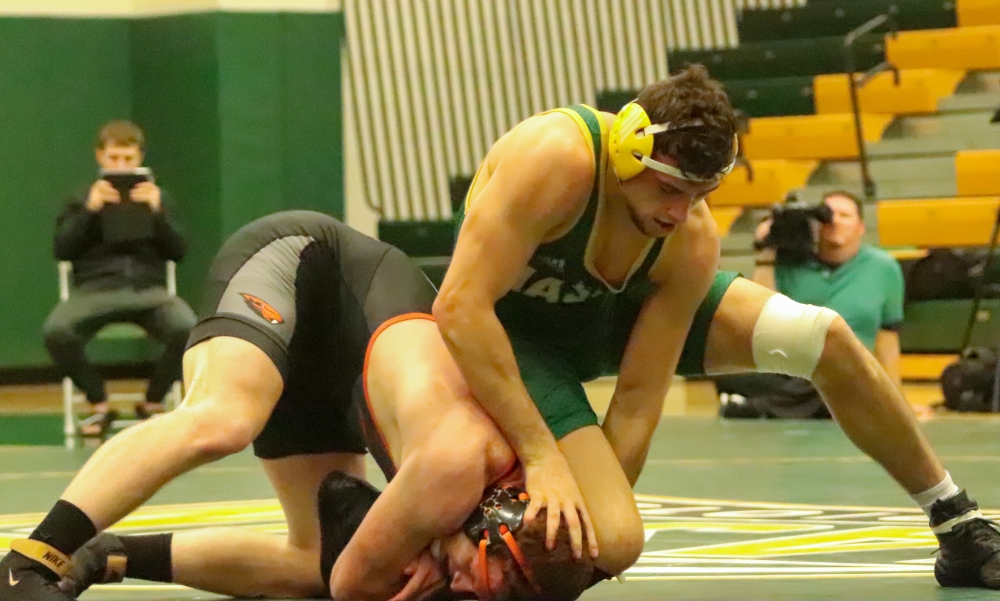