“I wanted it to go a little longer, that way, I could always say that I played in a game that started in May and ended in June.” Ed Kranepool, after playing both ends of a double header in 1964, with the second game going 24 innings. 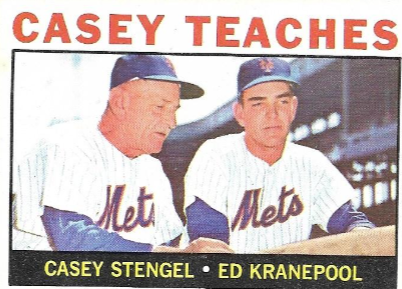 Today is November 8th, and it’s Ed Kranepool’s 73rd birthday. Happy birthday, Mr. Kranepool! In case you haven’t figured it out, my blog, All Things Ed, is named in honor of Ed Kranepool. Most will say, “Who?” And that’s ok. But true fans will know who he is. And for those who don’t, this can be your education on who a true baseball hero is (and was) to a struggling baseball player and fan in the 70s and how he affected my love for the game. 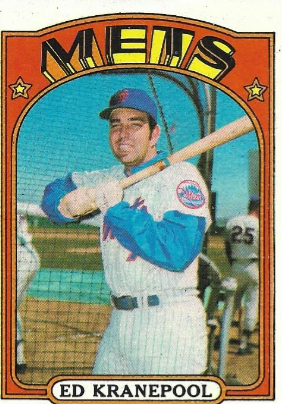 I won’t bore you with all the stats that Ed piled up during his long career with the Mets, or his long history with the game. For reference, you can go to his SABR biography page here, and his Wikipedia page here. All I can say is that heroes come in all flavors, and to me, he’s my baseball hero.

True, he and his family were already heroes in the strictest form, even before Ed was born. As stated in his SABR biography, he was born to a WWII veteran who made the ultimate sacrafice for our country:

“On July 28, 1944, 31-year-old Sgt. Edward Kranepool was machine-gunned down in Saint-Lô, France, leaving behind a three-year-old daughter, Marilyn, and a wife, Ethel, six months pregnant. The son, Edward Emil III, was born on November 8 of that year, in the Castle Hill section of the Bronx.”

But that’s not the reason I chose his name for my blog. 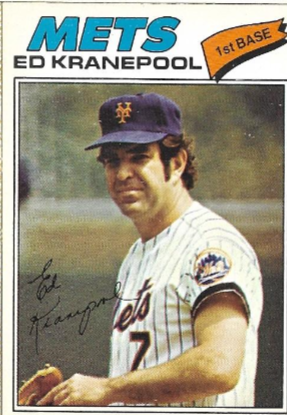 In 1977, I was a 12 year old little leaguer growing up in St. Petersburg, FL who was struggling to crack the Mendoza line. I was big for my age, but just didn’t have the skills to be a great player. Loved the game, but it didn’t love me as a player. St. Pete didn’t have a major league team at the time, but we did have spring training! One night during spring training, my mother phoned me from the hospital. She was a nurse at Bayfront Medical Center, and asked me if I had heard of a player named Ed Kranepool. I 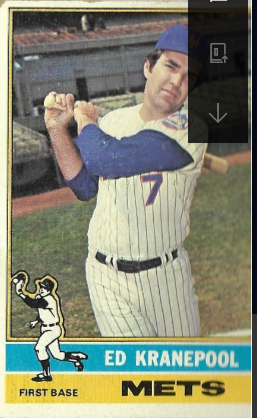 scrambled through my baseball cards, and said, sure, I knew him, I have some of his cards. She told me that one of her patients had checked in, and it was Mrs. Kranepool (just a note, this was before all the HIPAA regulations) and for profession, Ed had indicated his profession as “professional baseball player.” Over the next few evenings, she would relay messages between me and Mr. Kranepool, who was always very gracious and pleasant. He even offered me some batting tips. I had (and still have) a weak left eye, which is horrible for a right handed hitter. He suggested that I open up my stance a bit at the plate, which would allow me to see the pitches better. I then tried this at batting practice later, to which my little league coach rejected the idea, asking why I seemed to be afraid of the pitches and why was I trying to adopt that stance. I said that a player suggested it, and he blew it off. Needless to say, with that attitude, I didn’t finish the season with him!

Me as a little leaguer: 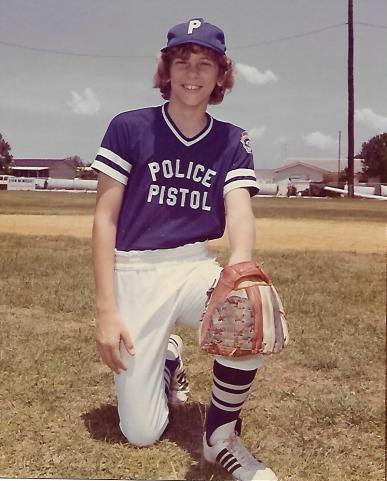 When Mr. Kranepool returned to NY, he sent me an autographed photo of him, sent from his home address. What MLB players these days would actually include their home address on the return address? I doubt very many!! The following spring, my best friend, Dave, and I, played hooky from school to see the Dodgers play the Mets at Al Lang Stadium, and had a poster that said “Let’s Go Big Ed” which he graciously signed once we told him who we were. We were hoooked. We were Ed Kranepool fans for life!! 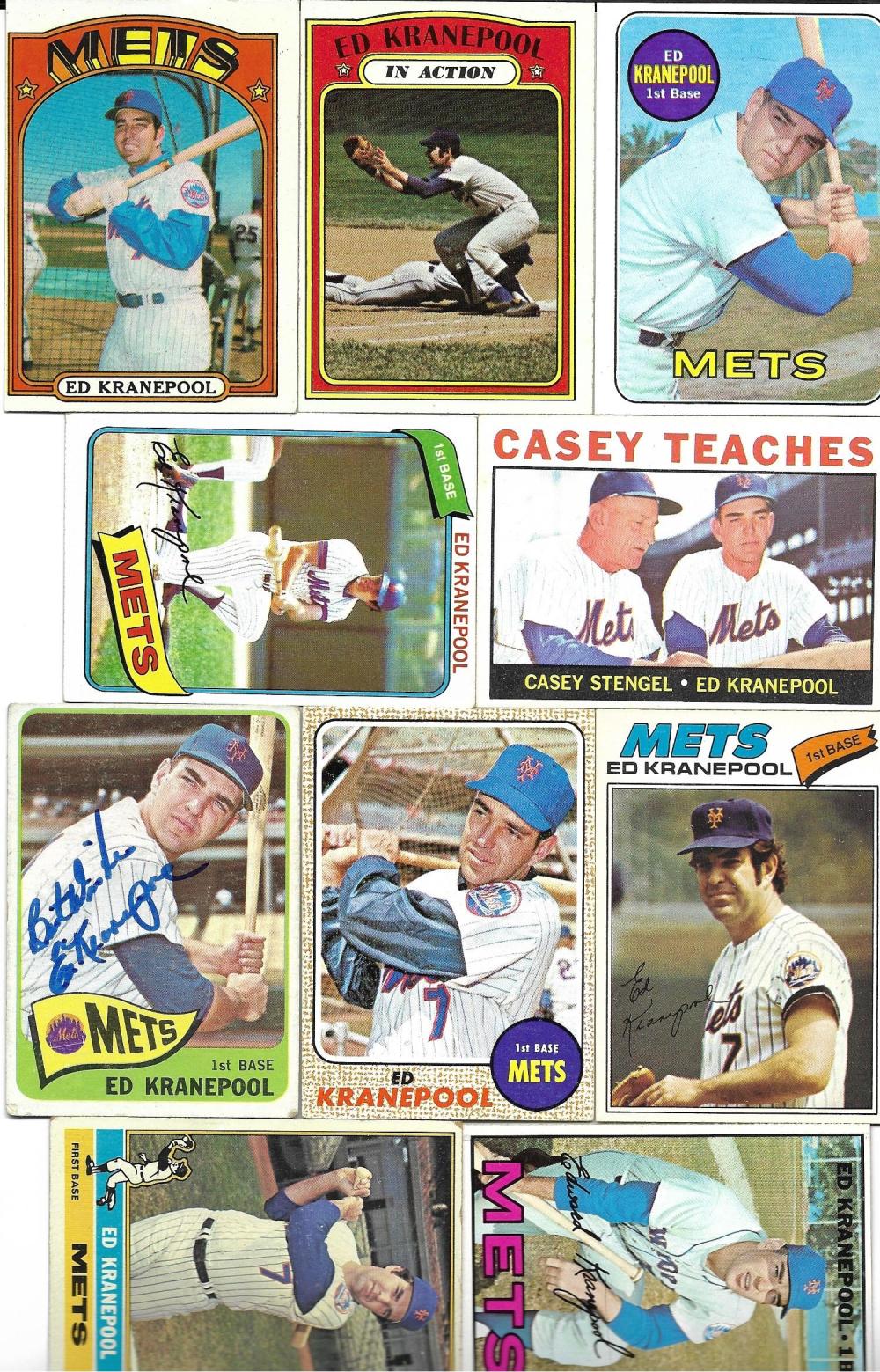 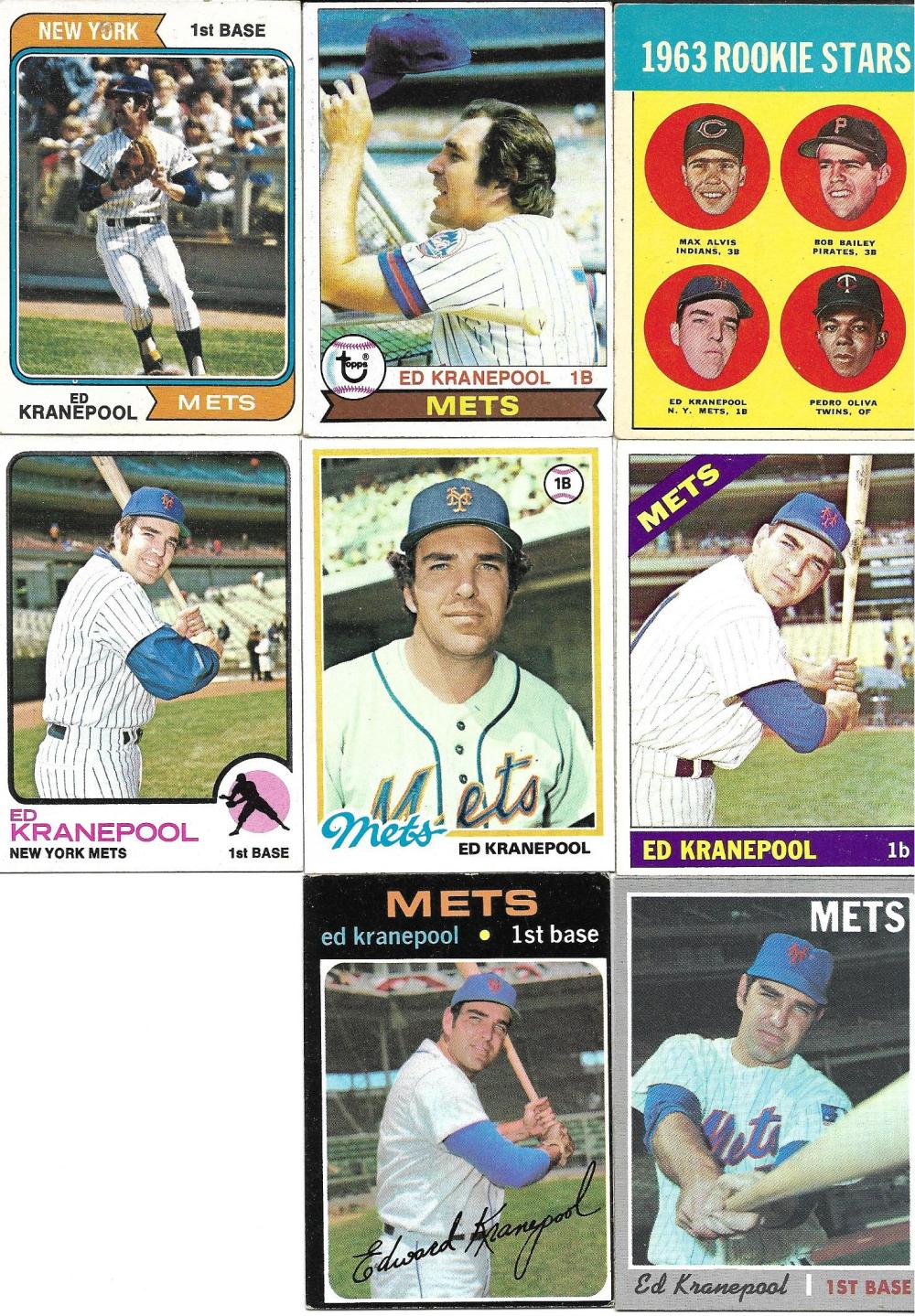 Like I said, I finished my little league career with a lousy average and a distain for baseball. The one thing that kept me a fan was the fact that this player took time to give me some tips, sent me an autographed photo from home, and really seemed to care. For the next couple of seasons, every morning I would scour the St. Petersburg Times every morning to find out how he did the night before. Later, in high school, during typing class (showing my age, who takes typing as a class???), my track buddy Jim and I concocted the Ed Kranepool Fan Club, and during class we came up with fake newsletters and a board of directors. I was president, my best buddy Dave was VP, and Jim was the treasurer. I believe we even had the official Ed Kranepool Fan Club Sandwich, a PB&J, named after Jim’s little sister!

Skip ahead many years. In 2009 I started my first blog. I needed a name. It was a “Countdown to Christmas” blog, taking players’ numbers as a number of days til Christmas. Ed had such an influence on my love for baseball that I decided to name it for him. When I got to 7 days before Christmas, Ed was prominently featured. You can read it here.

Over the years, I have never forgotten how Mr. Kranepool influenced my love for baseball. I could have thrown in the towel after my disastrous little league career. But because of him, I remained a fan, a believer that players cared about their fans, even those who they never met.

Since then, I made it a goal to get all the Topps baseball cards that featured Mr. Kranepool. While not a huge investment, my collection of his cards is my most valued baseball possession, even after all my baseball activities.

So here’s to you, Ed Kranepool. Happy birthday! Thank you for making me a fan for life! And for being the namesake of my blog. After all, who wants to be confused with a blog about old cars if I named my blog about another Met, “All Things Rusty”

Here’s a link (shhhhhh) of Ed appearing on a Saturday Night Live bit with Bill Murray about Chico Esquela. Youtube knocked it down but I was able to capture it.

Here’s another of Ed hitting a homerun in the 69 World Series:

And for the truly faithful, here’s a great interview with Ed: