When I was about seven or eight, I took swim lessons. My kids, who were district swimming champions and state qualifiers, find this very hard to believe because when I was training for a triathlon with my daughter years ago, we agreed that I basically swim like a set of keys….. Anyway, after I took a couple of lessons, I thought I was ready to go off the diving board and into the deep end. Pretty brave of me. Well, I walked out to the edge of the diving board with a lot of trepidation, jumped in…. and nearly drowned! While the lifeguards didn’t have to jump in after me, they did extend a pole for me to grab onto. So, big mistake, but I did learn not to rush things, and I went back for more lessons.

Skip ahead a rather large number of years. I’ve only been following wrestling for about a year. I’ve gone to a handful of dual meets, and have reached out to a couple of people to learn more about the sport. My new favorite team is my MBA alma mater, George Mason University. This past weekend I went to their dual meet vs. Buffalo, and had a great time. You can read about it here. Then Sunday, I went back for the innagural Patriot Open. About 17-18 teams, 8 mats, and a couple hundred wrestlers! Oh boy, it was the deep end all over again. Very overwhelming!!

This time, though, the lifeguards were the coaches and staff at GMU. The nice thing about an open like this is I got to watch the matches up close, standing side by side with the coaches. Before I started my wrestling education, I barely knew the difference between a pin fall, a near fall, and a waterfall. But Sunday I was free to ask questions, and they didn’t look at me like I had two heads. So kudos to the staff! They really are doing great things there.

I won’t go too much into the action, because whatever I said to describe the matches I saw wouldn’t do justice. I did see everything from pins, to wrestlers getting back points, and sadly, a couple of injuries (fortunately not on the Mason side) that forced the athletes to take the loss. Oh, and when going to an open, don’t ever leave early! I was there for about three hours and left before the semifinals and finals, and I missed some fantastic action! All in all the Patriots did a great job running their first open, and even had a few wrestlers come home with some hardware, including champions Tejon Anthony, Eli Spencer, and Conelius Schuster. Matt Voss, Colston DiBlasi, and Kolby Ho all earned second places. You can get a more in depth write up on the GMU wrestling site.

Sometimes it’s good to jump off the deep end when you might not be ready for it. You just might learn something!

Part of my ongoing education is how to shoot wrestling matches. When I go to a baseball game, I have a lifetime of experience watching games, and can anticipate what might be a good photo opportunity. Wrestling is very different, and I’m still learning. That said, I did come away with a few good photos below. 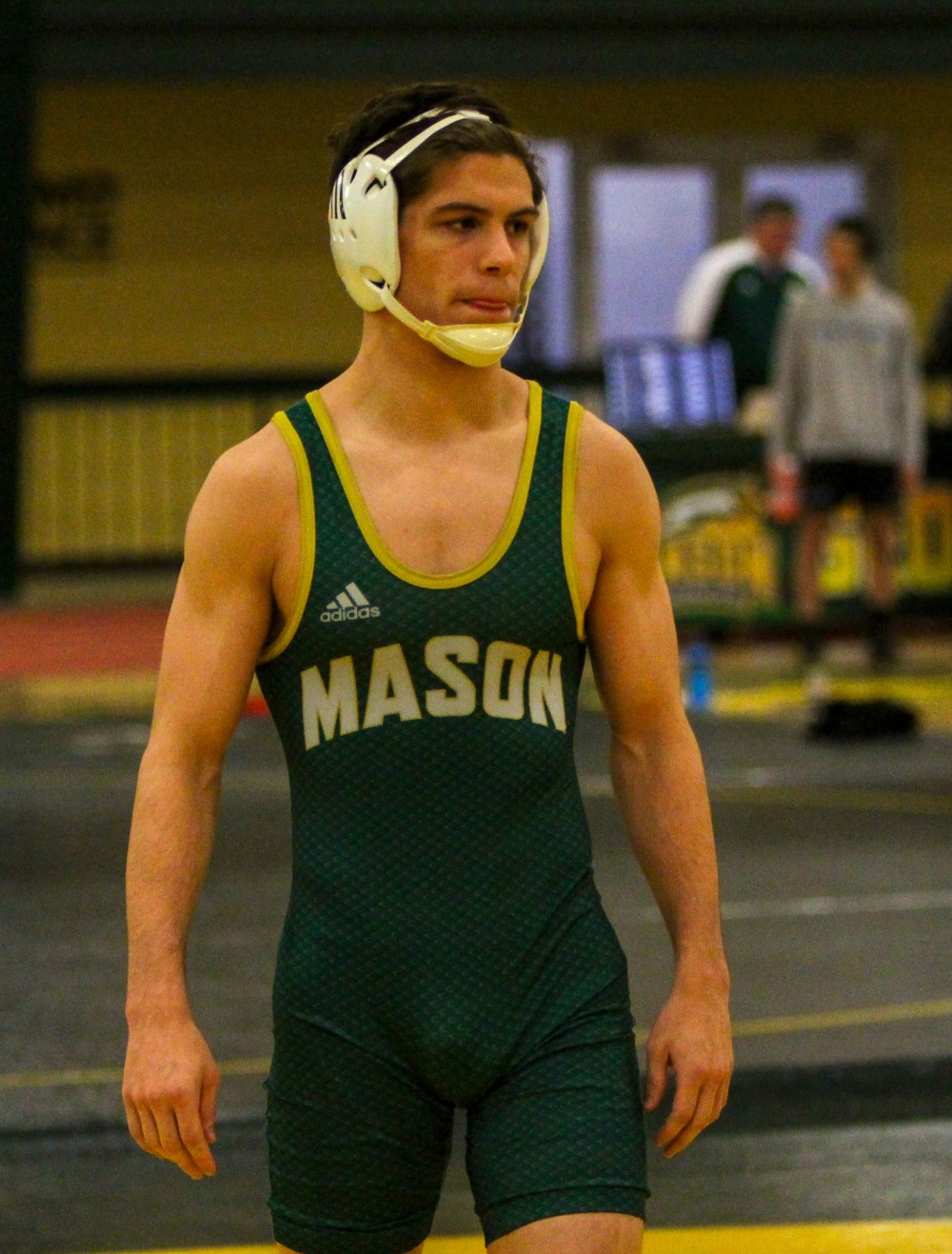 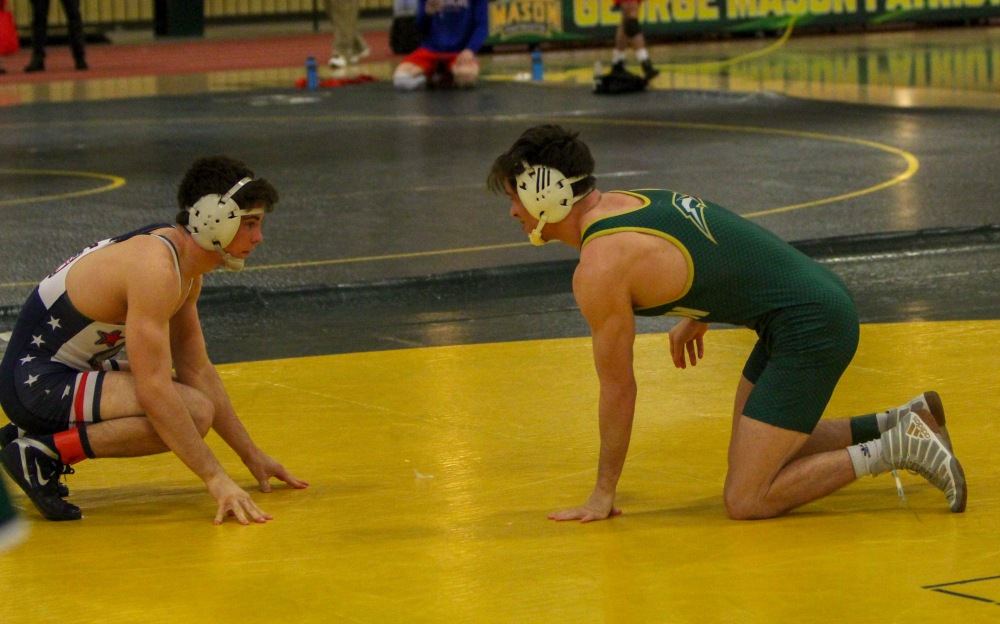 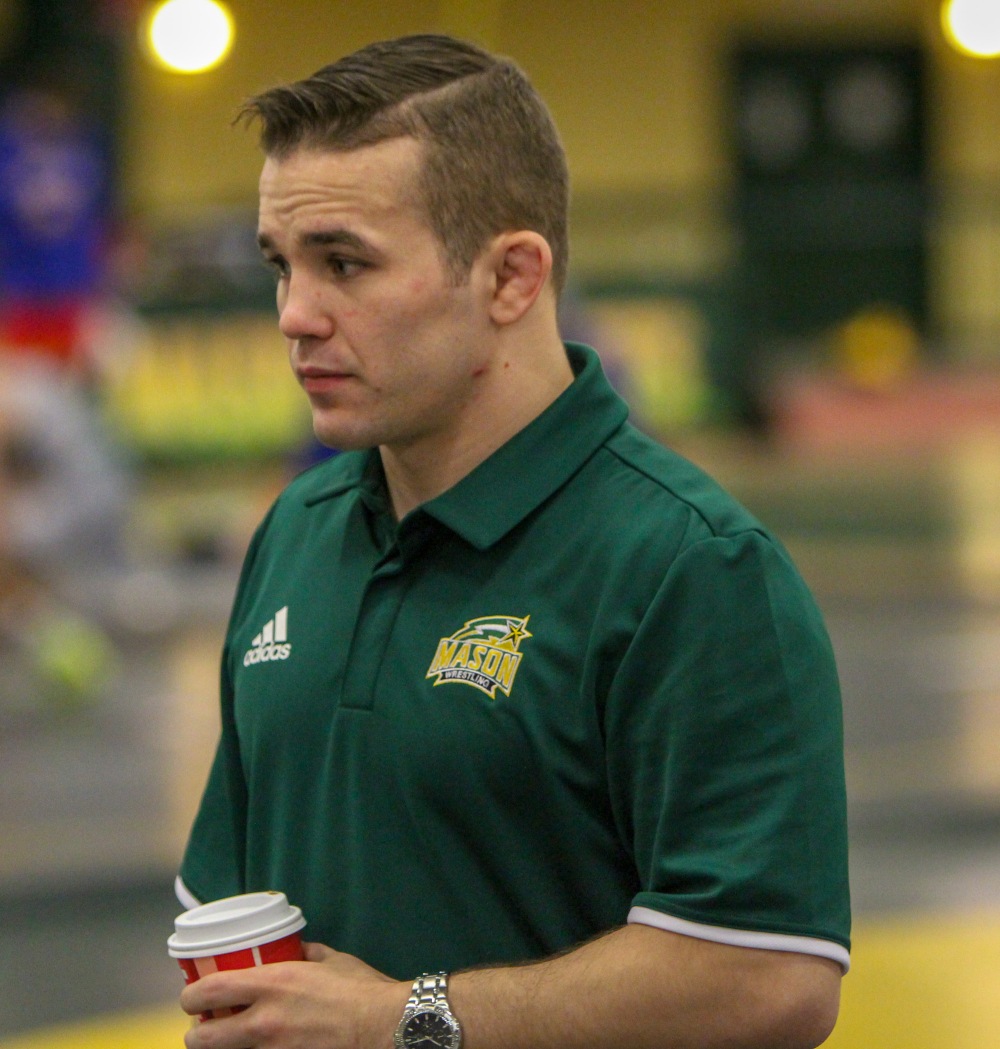 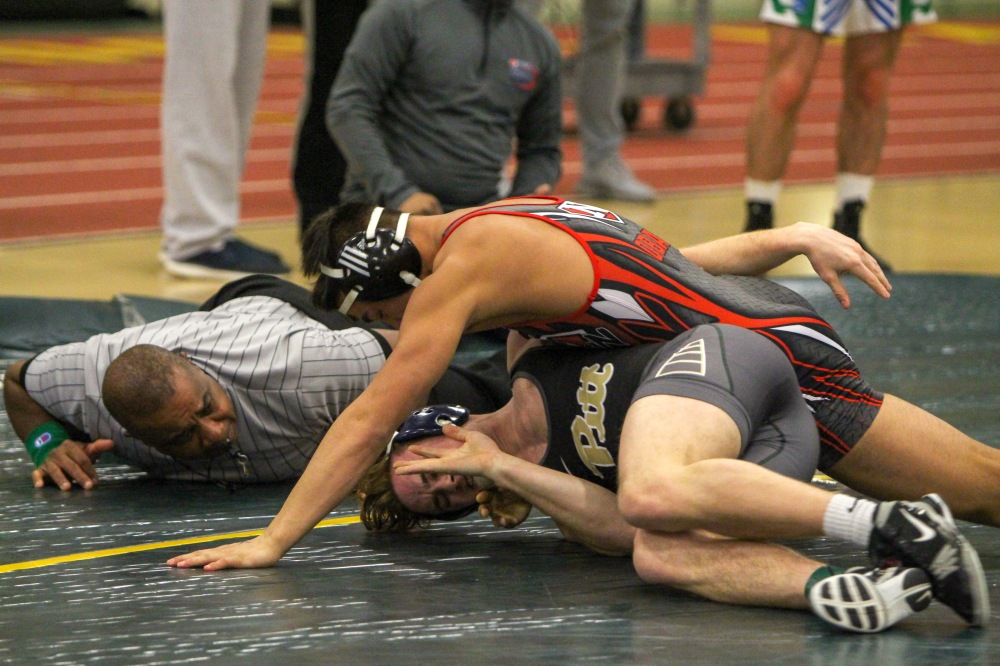 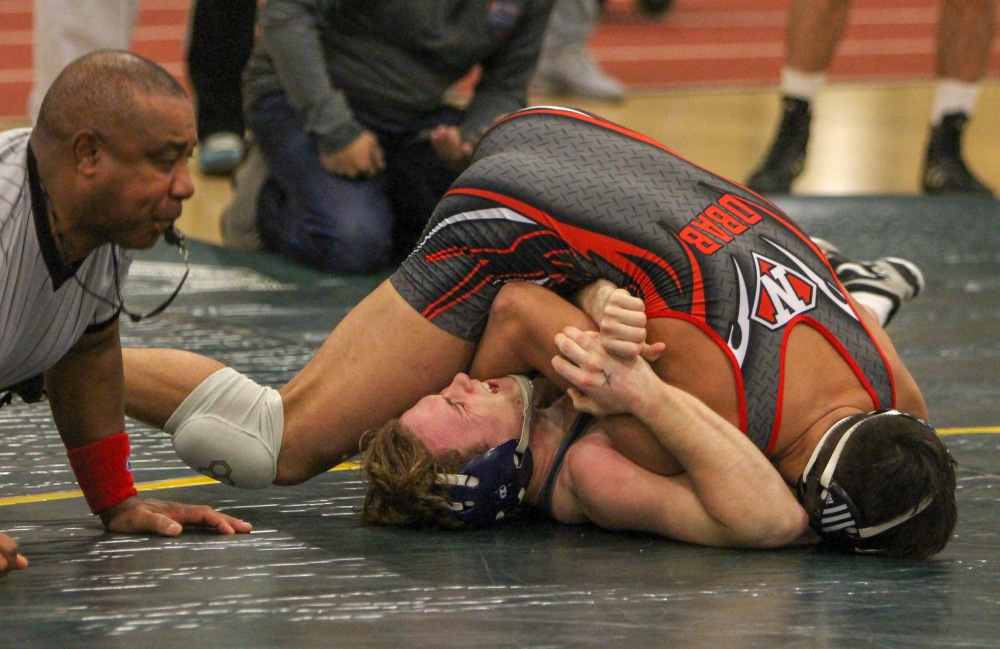 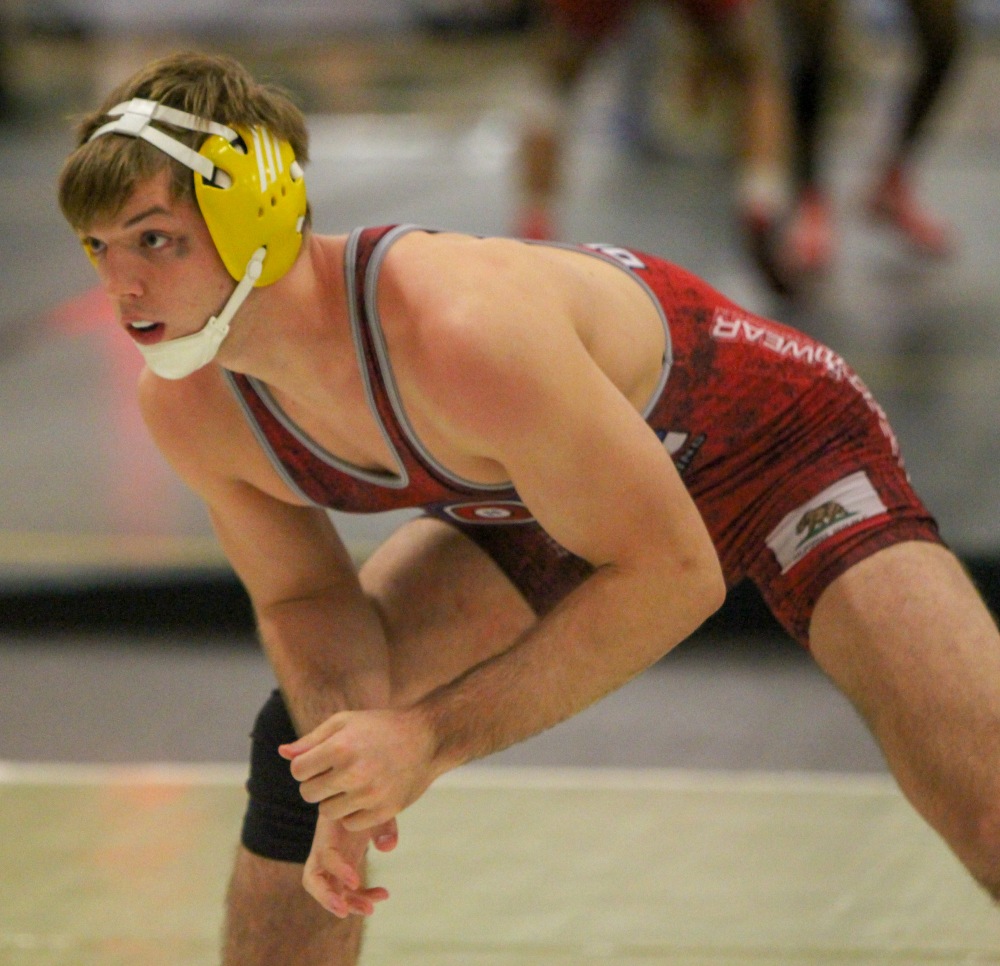 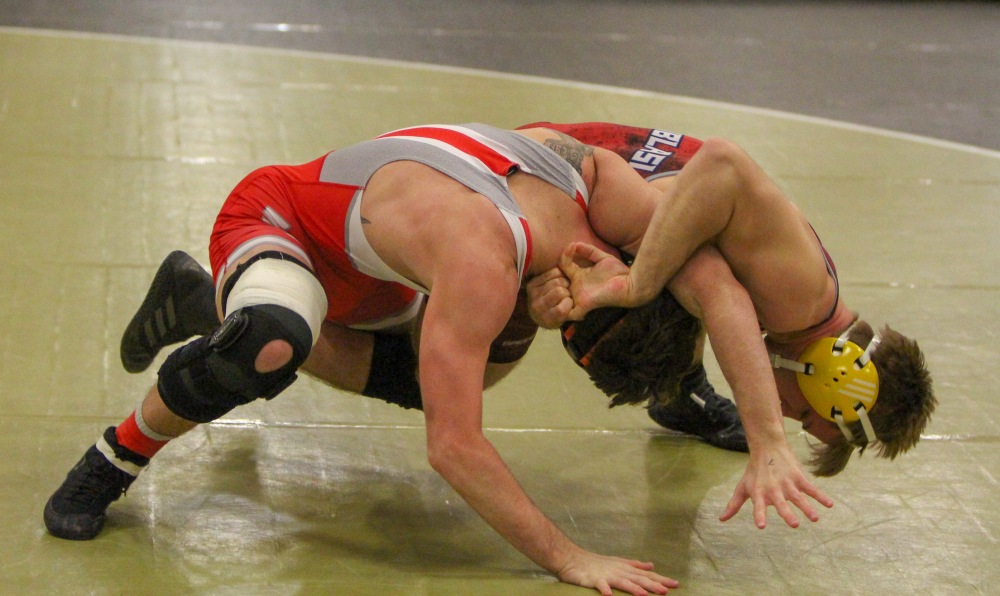 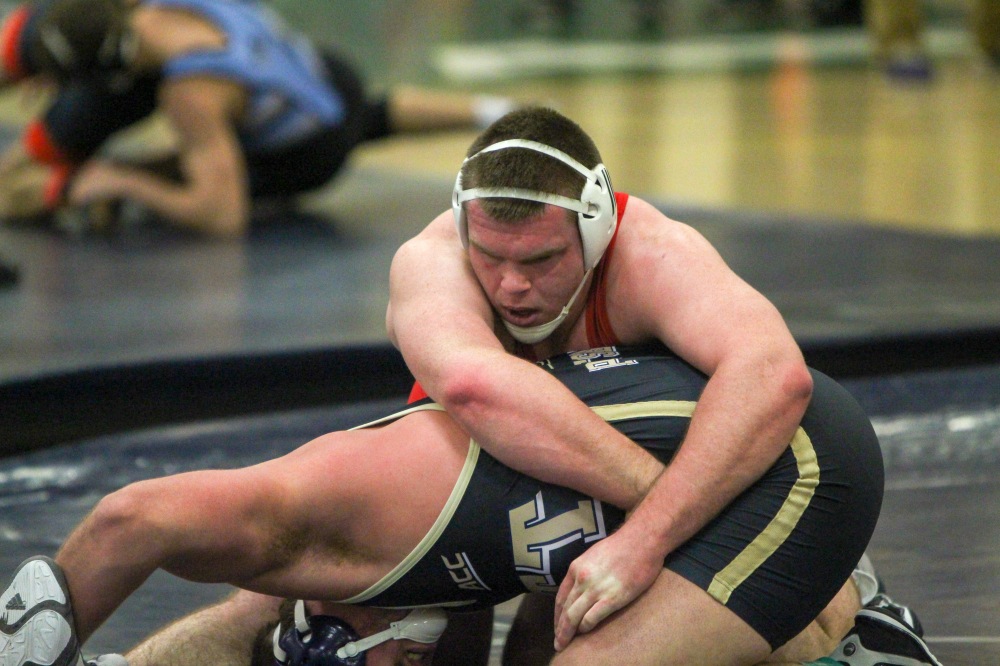 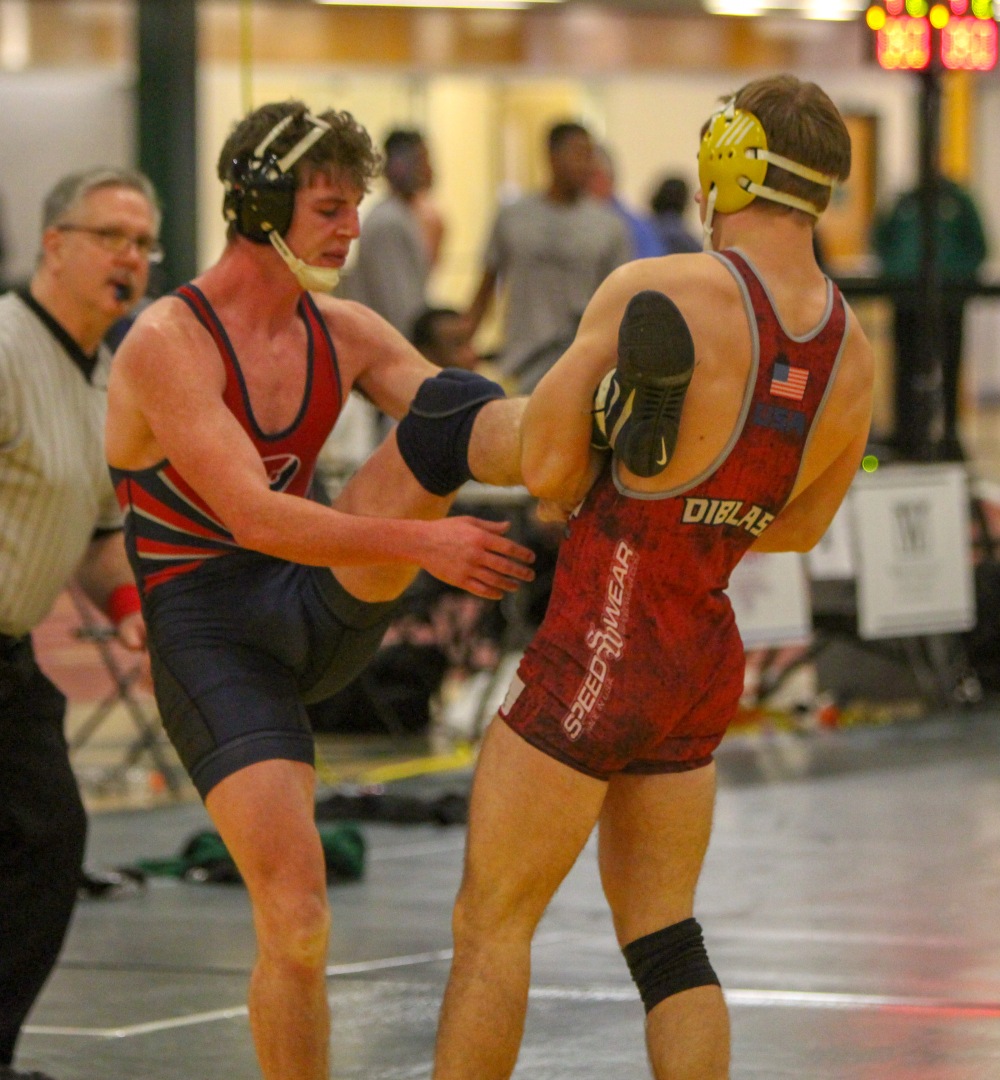